A report published on Friday indicates Apple is quietly re-launching their iPhone 6 in a 32GB gold configuration in Asia. Apple has never offered a 32 GB model of the previously discontinued iPhone 6. It was originally sold in 16/64/128 GB configurations. 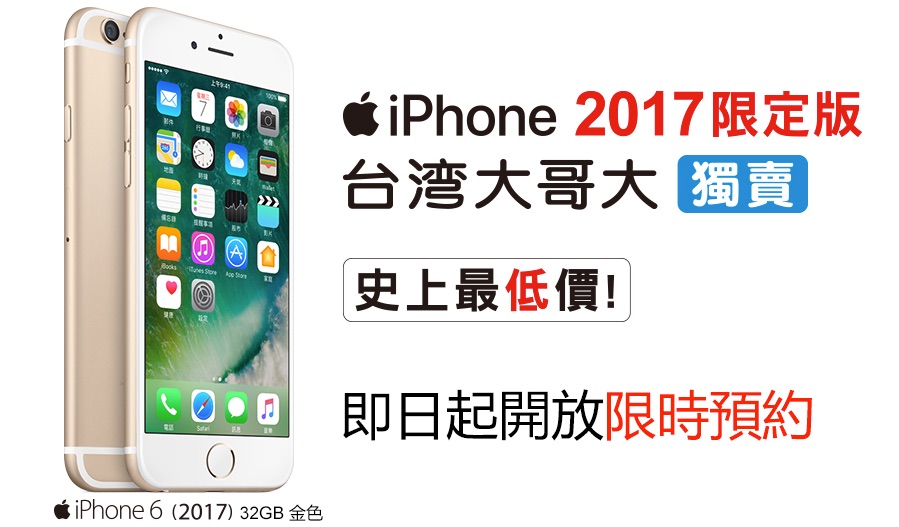 The 32 GB iPhone 6 is going on sale at select carriers in Asia as a low-end model; the device is not sold by Apple retail. The device is launching on Taiwan Mobile on March 10 and has been quietly available in China since late February …

The gold iPhone 6 will not be available directly from Apple via their retail stores or on the Apple website. The Cupertino firm will continue to sell the iPhone SE as a low-end option in Asia. The SE, while offering a smaller screen than the iPhone 6, boasts better internal components than the larger device.

While Apple is not promoting the device, Taiwan Mobile is pushing the “new” iPhone as a special limited-edition device. The carrier promotes it as the cheapest iPhone they offer and is already accepting pre-orders. The device is offered “free” with a 30 month NT$1,399/month contract plan (around $45 USD).

It isn’t known if the new model is a Taiwan Mobile exclusive, or if it will eventually be available via other Taiwanese carriers. The device is also available at at least one online carrier in Mainland China.