Apple announced its new Carpool Karaoke series last year, and ever since then it has been teasing hints of which celebrities will appear the spinoff of the Late Late Show’s popular feature. 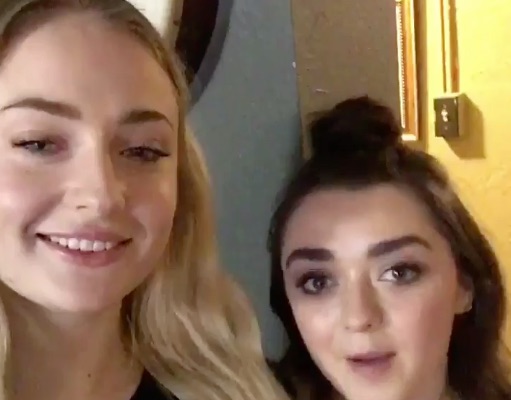 Apple will stream 16 episodes of the new musical series beginning next month, using rotating hosts and celebrities. The show will feature the guests singing their own personal playlists.

Based on the segment that has become a global, viral video sensation on The Late Late Show with James Corden, the new CARPOOL KARAOKE series features 16 celebrity pairings riding along in a car together as they sing tunes from their personal playlists and surprise fans who don’t expect to see big stars belting out tunes one lane over.

Fans can add two more celebrities to the list of those who will appear on the show, as Game of Thrones stars Maisie Williams and Sophie Turner revealed over the weekend that they will be shooting an episode of the show.

The announcement came by way of a video tweet, sent from SXSW, where the stars are attending. No indication was given whether the duo will appear as hosts or guests.

Other Guests and Hosts Already Announced