Apple’s AirPods will pair automatically with fourth-generation Apple TVs running tvOS 11. The popular earbuds already auto-pair with the iOS devices and the Mac, but tvOS 11 will extend that feature to Apple’s set top box. 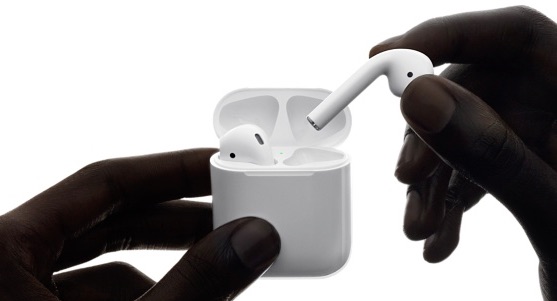 9to5Mac notes AirPods – powered by the Apple-designed W1 chip which performs the pairing magic – appear as a new speaker option on the Apple TV after the tvOS 11 beta is installed. A user who owns AirPods must be logged into the Apple TV with their Apple ID. When connected, sound from the device will play via the AirPods.

Although AirPods have always worked with the fourth-generation Apple TV, they required manual pairing like any other Bluetooth device. The new process will be much quicker and more seamless than manual pairing.

tvOS 11 received no stage time during Monday’s WWDC 2017 keynote, but the upcoming operating system will bring some new features to Apple’s streaming box. Apple’s own release notes for the first beta of tvOS 11 indicate the new OS will offer automatic switching between light and dark mode according to the time of day, Home screen syncing between multiple Apple TVs, new background modes, notification support, and other behind-the scenes changes.

As was announced onstage Monday, Amazon Prime Video will be finally be coming to the Apple TV later this year.

It should be noted that this is the first beta of tvOS 11, and things can change greatly between now and this fall, when the upcoming operating system is expected to be released to the public.

For the latest information about the tvOS 11 beta, keep visiting MacTrast on a regular basis.