Mozilla has announced the release of their Firefox 54 web browser, which the company says offers new multi-process architecture that promises to make browsing with multiple tabs open operate faster and offer more stability on Macs equipped with 8GB or less RAM. 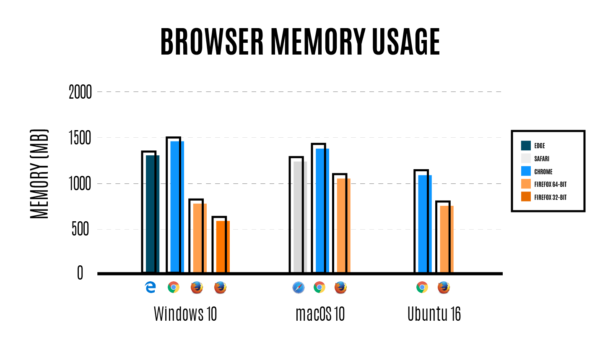 The old Firefox used a single process to run all the tabs in a browser. Modern browsers split the load into several independent processes. We named our project to split Firefox into multiple processes ‘Electrolysis’ (or E10s) after the chemical process that divides water into its core elements. E10s is the largest change to Firefox code in our history. Besides running faster and crashing less, E10S makes websites feel more smooth. Even busy pages, like Facebook newsfeeds, spool out smoothly and cleanly.

With today’s release, Firefox uses up to four processes to run web page content across all open tabs. This means that a heavy, complex web page in one tab has a much lower impact on the responsiveness and speed in other tabs. By separating the tabs into separate processes, we make better use of the hardware on your computer, so Firefox can deliver you more of the web you love, with less waiting.

Mozilla claims that in its testing, Firefox used significantly less RAM in macOS than either Safari or Chrome.

if you’d like to test Mozilla’s claims, you can download the new Firefox 54 browser at the link below.