I love music and I love headphones, but I don’t like dropping tons of cash when I don’t need to. That leaves me in a weird spot. Is it possible to find decent headphones at a decent price? Today, I am checking out the MPow M3 Bluetooth over-ear headphones, but can they compete with the more expensive competition?

The M3 Headphones ($35.99 on Amazon) are the latest offering from accessory maker Mpow. The company’s focus is on building quality consumer electronics and accessories, often at a much better price than their big-name competitors.

The most obvious thing to look at with the M3s is their style, and they look very nice. The glossy black and bright pops of red looks great together, and the silver highlights and buttons on the ears fit in perfectly as well, with the whole setup reminding me of the Beats Studios.

As far as the actual important matter – sound – goes, the M3s were pretty surprising. I wouldn’t consider myself an audiophile by any means, but I do know how I like my music to sound, and the M3s offered that. Music had a well rounded sound, without overpowering the lows or distorting the highs and stayed very clear and crisp at any volume. 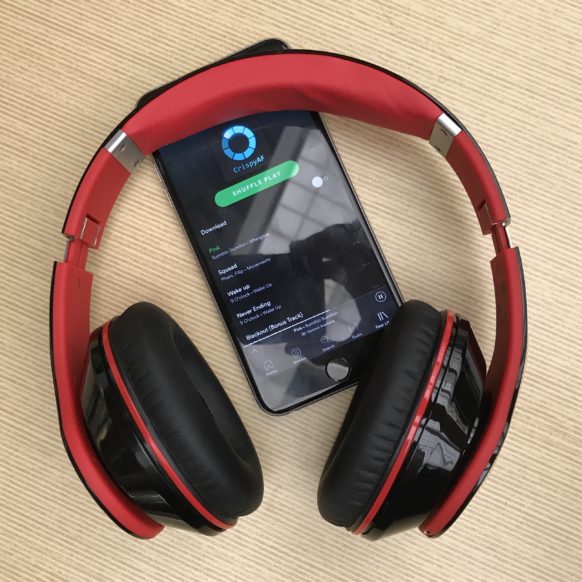 The ear cushions also offer passive noise isolation to help keep unwanted noise out, and while using these at the gym or while mowing, they blocked outside sounds pretty well. Note that this isn’t actual active noise cancellation, but rather quality padding that simply attenuates the outside world.

Like most other Bluetooth over-ear headphones, the M3s can also be used with the included 3.5mm cable if the battery runs low or you don’t have Bluetooth available. Audio quality is slightly different when plugged in, and seemed slightly louder than with Bluetooth, but not definitively enough that I felt like I was missing out.

When you are using Bluetooth, the M3s can easily last 10-15 hours, but it is worth noting that when the battery drops below 30%, a low battery alert chimes in quite frequently, essentially forcing you to plug-in and recharge. Even at that, though, you can expect a solid 8+ hours of uninterrupted playback. 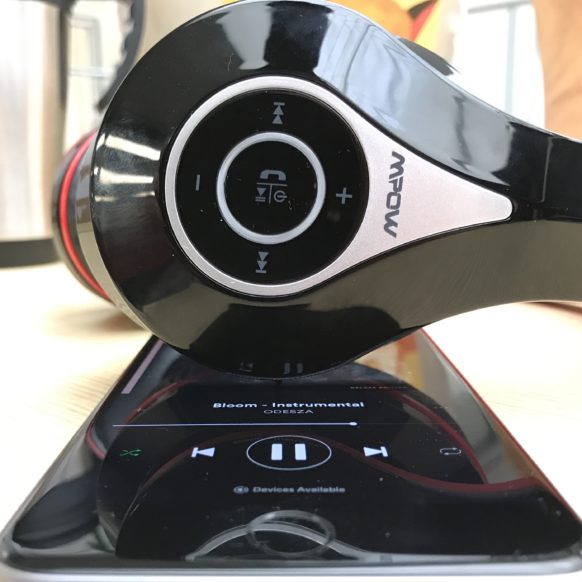 The one major drawback I found with the M3s is in their handling of volume controls. While some Bluetooth headphones will adjust the volume output of your device, the M3s utilize an independent volume controls, meaning your device and the headphones each have separate volumes. It’s a small thing, but proved to be a huge frustration in practice.

I was very impressed with the Mpow M3 over-ear headphones. They were comfortable, offered clean sound, and looked cool (in my opinion). They fold up to fit comfortably in most backpacks and laptop bags, and provided plenty of power to get me through a full day of listening.

Ultimately, for under $40, it’s hard to expect perfection, and while these may not be perfect, they’re definitely a great option. Pick up a pair of the Mpow M3 headphones for $35.99 on Amazon, today!