Google announced on Thursday that it is rolling out an anti-phishing feature for its Gmail app on the iOS platform. The feature has been available on the Android version of the app since earlier this year.

In May of this year, we introduced anti-phishing security checks in the Gmail Android app. We’re now bringing similar checks to the Gmail app on your iOS device. Going forward, when you click on a suspicious link in a Gmail message on your iPhone or iPad, we’ll show the warning below. We recommend that you use caution before proceeding, because the link is likely unsafe. Only proceed if you’re confident there’s no risk. 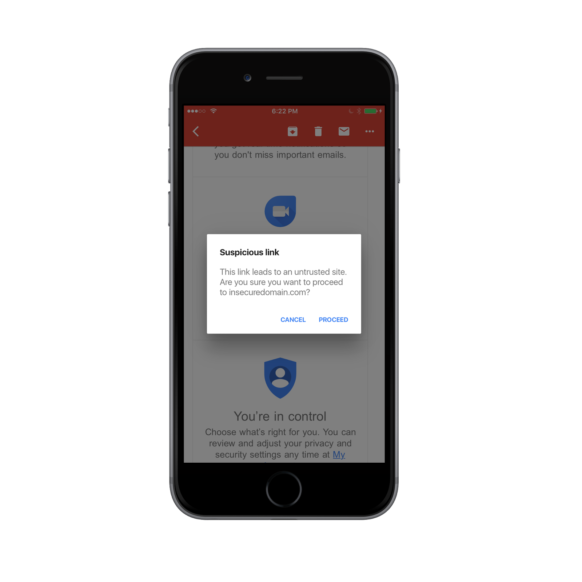 If users decide to proceed after the first warning shot, they will be shown a second warning them against visiting the original URL. The warnings are intended to prevent harmful phishing attacks and help users keep their account safe. 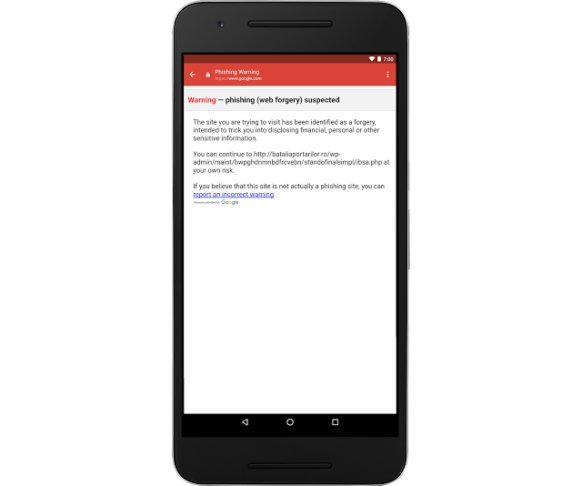 The new anti-phishing feature should show up in your account automatically. However, Google cautions to be patient, as the rollout could take up to 15 days for everyone to see the new feature, as it needs to propagate through the Gmail system.

If you don’t already have the Gmail app for iOS, it is available free, in the App Store. [GET IT HERE]