Google Drive for iOS 11 has been updated to play nice with Apple’s Files and iCloud Drive apps on the iPhone and iPad. Previously, the app played the bully, grabbing file opening duties from Apple apps. 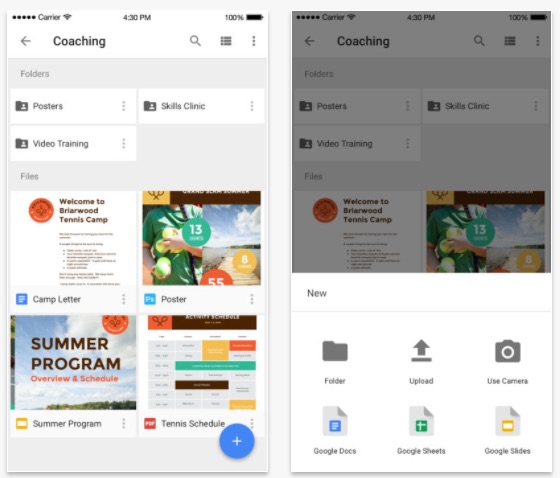 The app was updated today with a fix for the issue. Microsoft Word documents and other file types can now be viewed directly in in Apple’s Files and iCloud Drive apps on iOS 11 and iOS 10 respectively.

Google Drive received an update earlier this month that turned it into the default opener for many file types due to an “open-in-place” issue.

For example, users with the Google Drive app installed on their iOS 11 device found that when attempting to open a DOCX file in the iOS 11 Files or iCloud Drive app, the Google-produced app would automatically open the file, prompting the user to save the file in that app.

Google Drive version 4.2017.37510 fixes the issue, making the app a more docile creature. You can download the update in the App Store. [GET IT HERE]