KGI analyst Ming-Chi Kuo in a note to investors on Tuesday said worries about slower than normal sales following the release of the iPhone 8 and iPhone 8 Plus on Friday are being exaggerated by an “excessively negative” market. 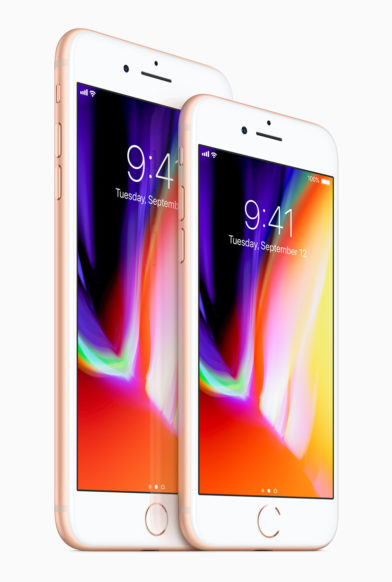 Kuo cited his own analysis of first weekend sales, as well as research provided by Localytics.

We previously estimated the production weighting of new 2017 iPhone models at roughly 50% iPhone X and 50% iPhone 8/ 8 Plus. This matches what we believe is Apple’s (US) estimate for demand. At first glance, the combined first-week adoption rate for the iPhone 8/ 8 Plus might appear low (about half that of iPhone 6s/ 6s Plus and 7/ 7 Plus). However, this is due to the fact that the iPhone X is not included, not because iPhone 8/ 8 Plus first weekend sales have been weak.

Analysts and media have harped on the fact that we didn’t see the long lines and excessive shortages of the new iPhones as we have in previous years. Although many news outlets did rightly suppose much of the lessened demand was due to the expected November release of the company’s flagship iPhone X handset.

Kuo estimates current iPhone production is evenly split between the iPhone X and the iPhone 8/8 Plus models, as Apple works to have an adequate supply of “X” handsets ready for release weekend.

Kuo says the media overlooked sales momentum at cellular carrier and contract channels, instead focusing on outlets the deal in unlocked or SIM-free devices.

“While we acknowledge that queues outside SIM-free channels have been much shorter than after previous iPhone launches, we see stable first-weekend demand for the iPhone 8/8 Plus in carrier channels,” Kuo writes. “Most of those camping outside unlocked-device outlets are presumably hardcore Apple fans and heavy users, whose plan this year is to gear up for the iPhone X.”

Apple CEO Tim Cook remarked in an interview last week that he was happy with iPhone 8/8 Plus sales.

“We’ve sold out of iPhone 8 and 8 Plus in some stores, but we’ve got good supply there. You can see what’s going on here this morning — I couldn’t be happier,” said Cook.