Apple is finally getting the supply and demand balance right for at least one popular accessory. Online Apple Store shipping estimates for the company’s AirPods wireless earphones have improved to 3 to 5 days in the United States, Canada, U.K., Australia, and other countries around the world. 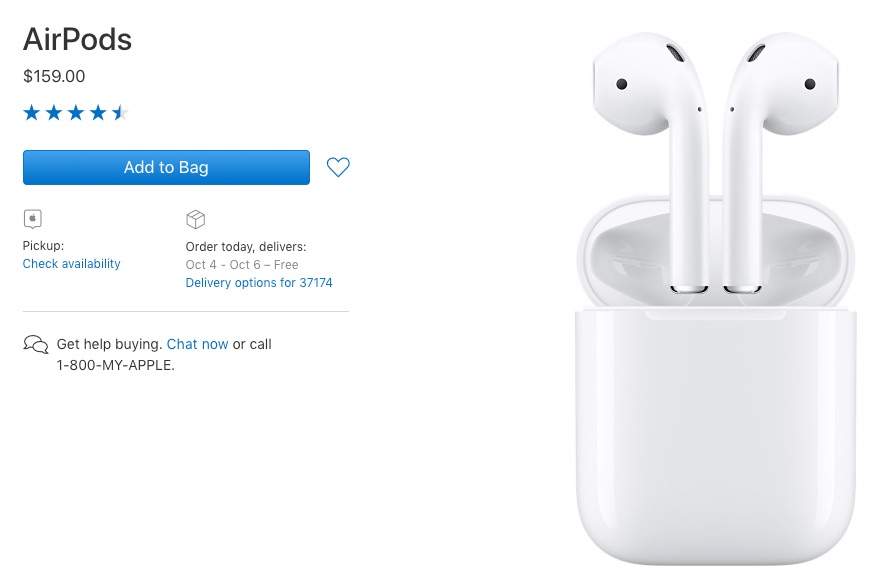 According to Apple’s U.S. website, AirPods ordered today will be delivered between October 4 and October 6, while U.K. customers ordering today are being quoted delivery dates between October 3 and October 5. These are the best estimates Apple has offered since the AirPods launched in December 2016.

Supplies at third-party reseller appear to be flowing well also, as this weekend this writer walked into a Best Buy in Tennessee, and bought a pair off the shelf. (They were for my wife, she coveted the pair I have.)

AirPods have been in short supply ever since they debuted in late 2016. Typically, buyers have faced a wait time of six weeks. However, recent times have seen shipping times begin to improve. Earlier this month, shipping estimates had improved to one to two weeks.

During Apple’s third quarter earnings call, Apple CEO said the Cupertino firm had boosted production capacity for the $159 wireless earbuds, and was “working very hard” to get AirPods to customers as quickly as possible.