Synack research director, Patrick Wardle, was able to use the security hole to grab login information for a number of websites, including logins for Facebook and Bank of America. Wardle told Forbes the exploit doesn’t require root access, and works as long as the user is logged in. 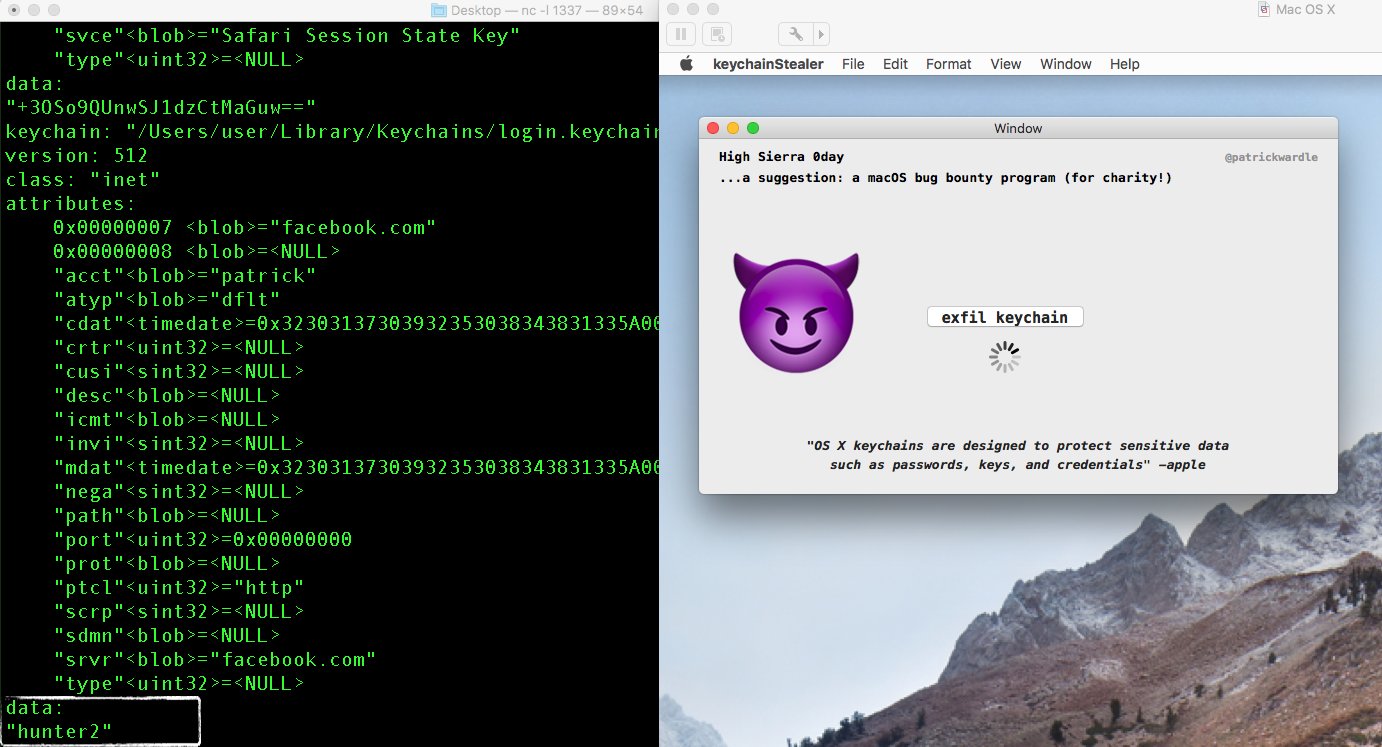 The vulnerability does require that users download, install and run a malicious app by deliberately overriding macOS security settings, which would include a warning about trusting unsigned software.

Wardle says other versions of macOS are also vulnerable to the exploit.

other versions of macOS are vulnerable too ☠️? Not sure what? is thinking ???

macOS High Sierra was released to the public on Monday, following a lengthy beta testing period. It isn’t clear whether Apple knew of the vulnerability, or if it is working on a fix.