Apple on Thursday officially announced the date for its annual iPhone event, via invites sent to selected members of the media. The event will be held Tuesday, September 12 at 10:00 a.m. Pacific Time at the new Steve Jobs Theater at the company’s recently opened Apple Park campus in Cupertino, California. 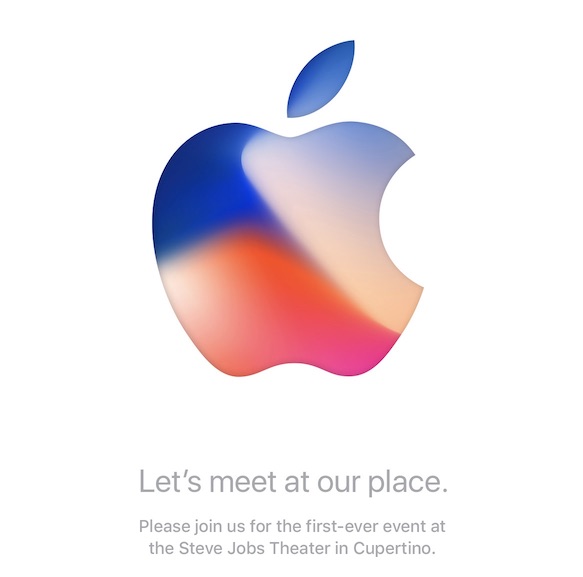 The invite’s tagline is “Let’s meet at our place,” and continues, saying “Please join us for the first-ever event at the Steve Jobs Theater in Cupertino.

Also expected to debut at Apple’s September 12 shindig is a new 4k-capable Apple TV. The device has been rumored to have been in the works for awhile now, and hints of such a device have been spotted in leaked firmware for Apple’s upcoming HomePod smart speaker.

Also expected are announcements about the release of Apple’s next-generation operating systems for all of its popular devices. iOS 11, macOS High Sierra, tvOS 11, and watchOS 4 are expected to be released this fall.

The event will kickoff at 10:00a.m. Pacific/1:00p.m. Eastern time on September 12. Apple will stream the event live on its website and on the Apple TV.