CNET reports Honda will include support for CarPlay in its new 2018 Honda Gold Wing motorcycle. The new bike’s 7-inch LCD screen in the dashboard supports CarPlay, just like is found in many four-wheeled vehicles.

ABS is standard, as are other niceties like hill-start control and navigation, but the biggest talking point for iPhone addicts will be the inclusion of Apple CarPlay. Yes, the (now inaccurately named) feature is available for the first time on two wheels courtesy of the 7-inch LCD in the center of the new Gold Wing’s dashboard. Connect your phone via USB (either in the trunk or the storage cubby in the tank), then pair your Bluetooth headset to the bike and the familiar CarPlay interface shows up right there on the dash.

CNET reports the CarPlay feature works well in the Gold Wing, and is controlled through the left grip, or a tank-mounted rotary controller. A Bluetooth headset is required, likely due to the road noise that goes along with riding a two-wheeler. The Gold Wing does not support Android Auto.

Yes, you do have to connect a Bluetooth headset, a requirement mandated by Apple, one that is a bit frustrating since most CarPlay interactions don’t require voice. Still, once enabled it works well, controlled either via four-way controller on the left grip or a central, rotary controller down on the tank — though frankly I can’t recommend reaching down to that while on the go. Still, having intelligent navigation and access to your media on the bike is great. I just wish it had Android Auto. (This, I was told, was due to lack of Google support, not an unwillingness on Honda’s part.) 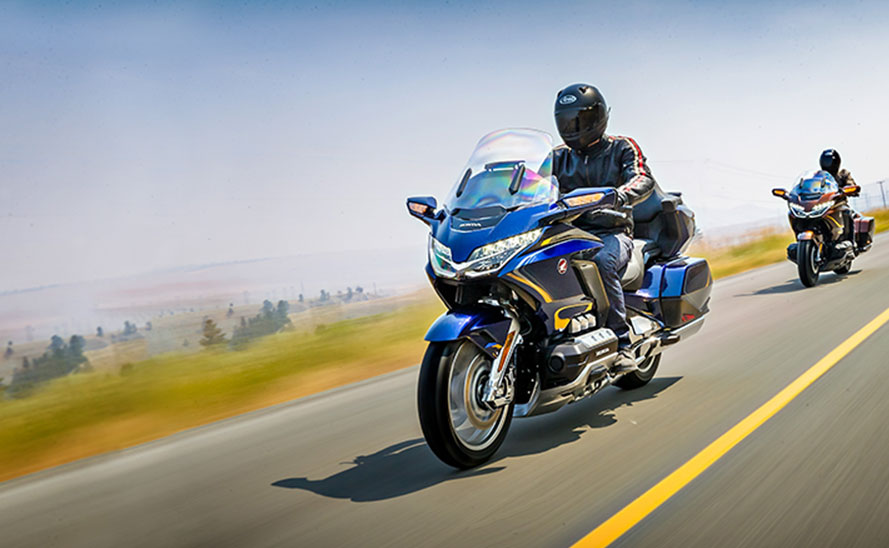 The CarPlay feature is just one of many new features on the redesigned Gold Wing, which features an 1,800cc engine and a double-wishbone front suspension. The 2018 Honda Gold Wing starts at $23,500, and it will be available for purchase in February of 2018. More information about the new bike can be found on Honda’s website.