Apple has announced it will post its earnings report for the fourth fiscal quarter (third calendar quarter) of 2017 on Thursday, November 2. The company announced the date via its investor relations page. 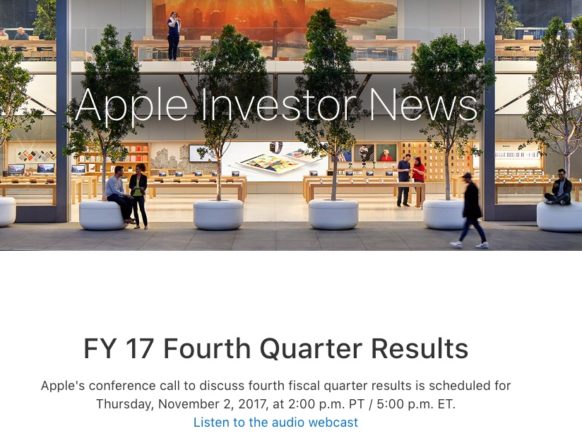 The quarter’s earnings will include one week of sales of the iPhone 8 and iPhone 8 Plus handsets, which hit shelves on September 22.

Apple is providing the following guidance for its fiscal 2017 fourth quarter: