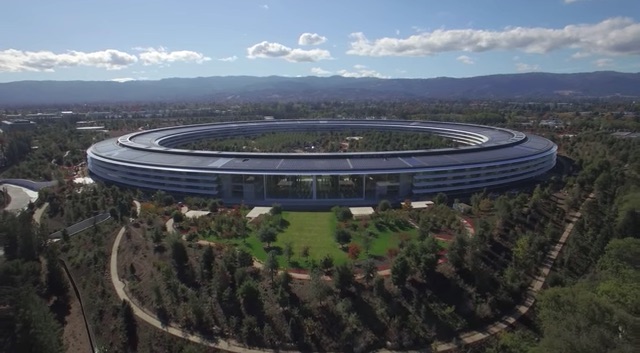 The video kicks off with a look at the now-completed Apple Park Visitors Center, which is located across the street from the Main “spaceship” building. The Visitors Center is now open, and you can see folks moving around in the center, through the center’s large panes of glass. The building opened last Friday. 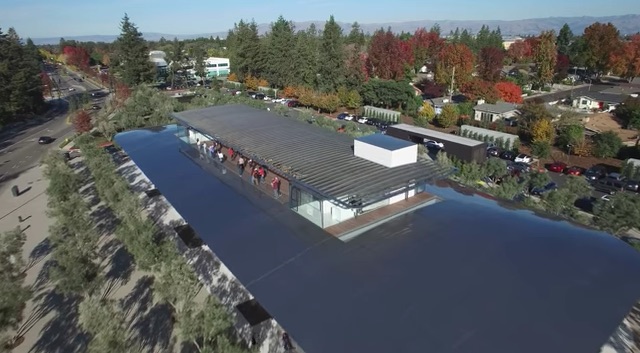 The center features a replica of the Apple Park project, which uses augmented reality to show off the project. It also includes a rooftop viewing deck, a cafe, and an Apple Store that sells both standard Apple fare and exclusive Apple Park-only “souvenirs,” such as hats, t-shirts, and more.

Finishing touches continue to be applied, with the pond at the center of the campus having been filled with water, outdoor food stations nearing completion, and the solar panels on the roof of the ring-shaped main building, which will power all of Apple Park, now in place. 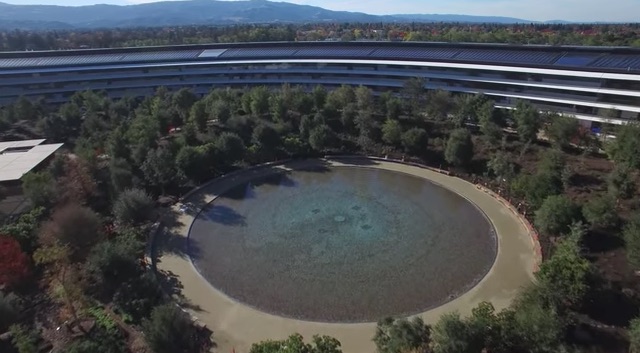 While landscaping and other touches remain to be applied,  it appears the project could be mostly completed by the end of 2017/early 2018. Apple employees have already begun making the new campus their home.