Apple was quick to supply a fix for the macOS High Sierra security hole that allowed anyone to log into the Mac’s “root” System Administrator account without requiring a password. However, that fix caused some users to see file sharing fail to authenticate across multiple Macs. Apple has a fix. 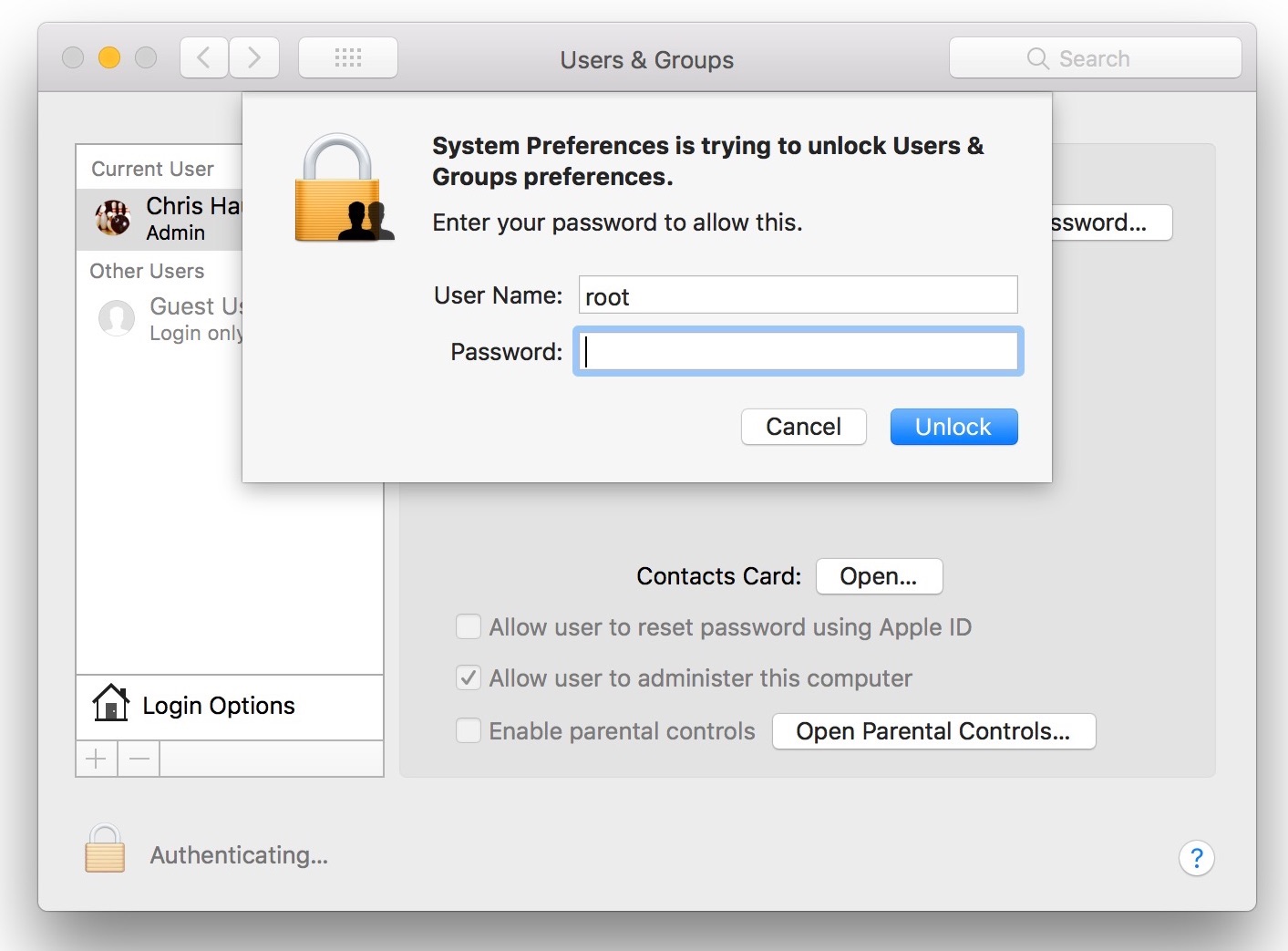 In a support document, Apple instructs users how to fix the file sharing issue:

If file sharing doesn’t work after you install Security Update 2017-001, follow these steps.

If you experience issues with authenticating or connecting to file shares on your Mac after you install Security Update 2017-001 for macOS High Sierra 10.13.1, follow these steps to repair file sharing:

It isn’t known how many people are affected by the file sharing bug, but the issue appears to be caused by a system library error.

Apple quickly released a fix for the macOS High Sierra security flaw that allowed anyone to enable the root superuser on a Mac using a blank password. The bug, discovered by developer Lemi Ergin, allows anyone to log into an administrator account by using “root” as the username and a blank password.

Apple promised a fix soon after news of the security hole hit media outlets on Tuesday. The company delivered the patch early Wednesday as Security Update 2017-001. The security patch is available through the “Update” tab in the Mac App Store.