While Apple’s release of iOS 11.2.1 may have fixed some bugs, an emoji-related issue continues to plague Messages app users on iOS devices.

The bug happens as follows: start a fresh conversation with a new recipient in the Messages app, send a single emoji as the first message, and much of the interface will essentially go blank with the top menu disappearing.

The Messages app is unusable when the glitch kicks in, requiring the user to force close and restart the Messages app before they can use it once more. The bug has affected most iOS device models since at least iOS 11.1.2. 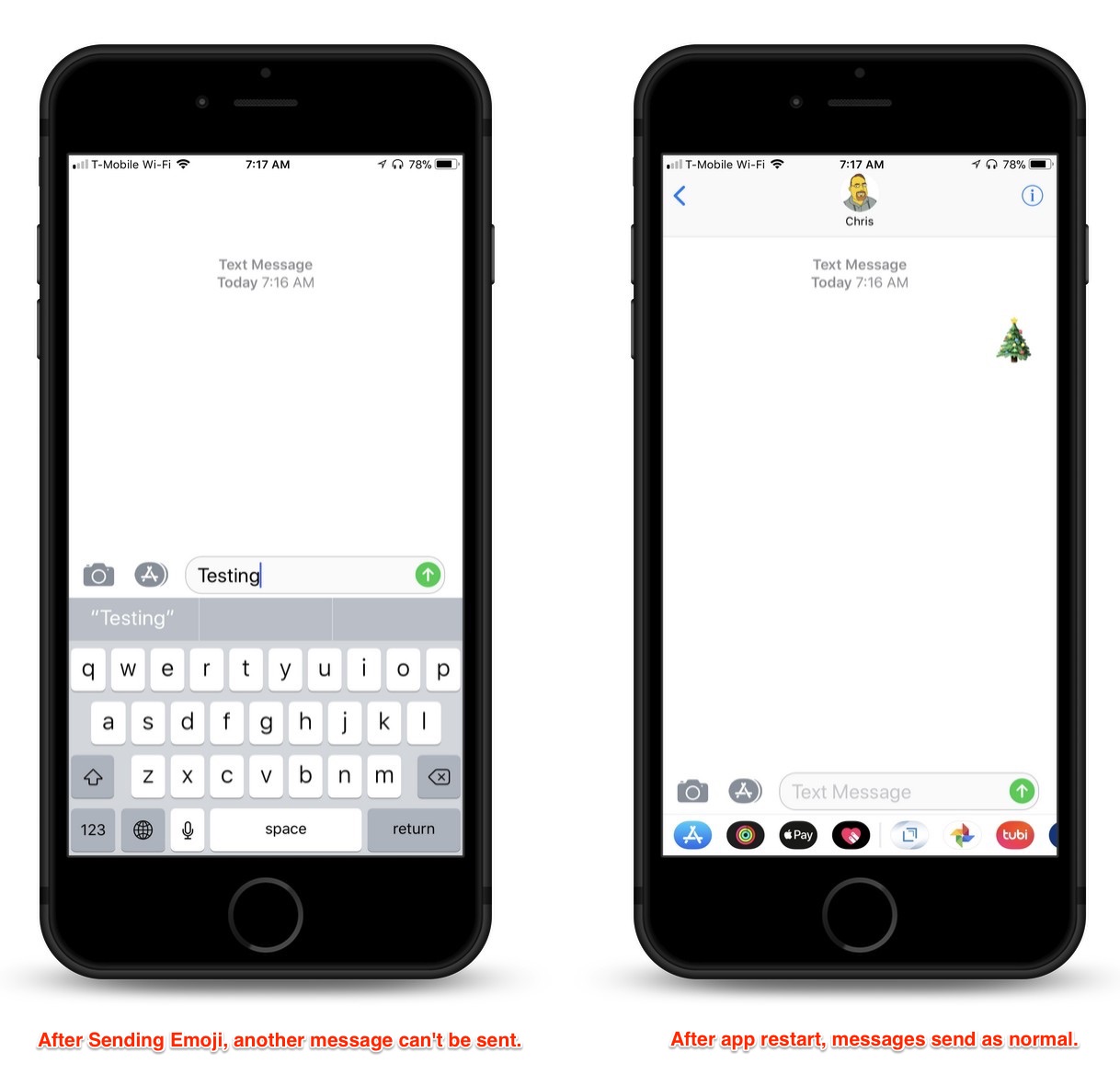 The issue can be seen above. The left screenshot show the screen following the emoji entry, and the screen on the right shows the Messages app following the force close and reboot of the app. As you can see, the emoji is indeed sent to the recipient.

We’ll keep an eye on things and let you know when the bug is fixed.