Belkin on Sunday announced that it is adding HomeKit support for its popular Wemo lineup of home automation accessories by launching the new Wemo Bridge. While the Bridge was originally targeted for a fall 2017 release, it had been delayed until now. 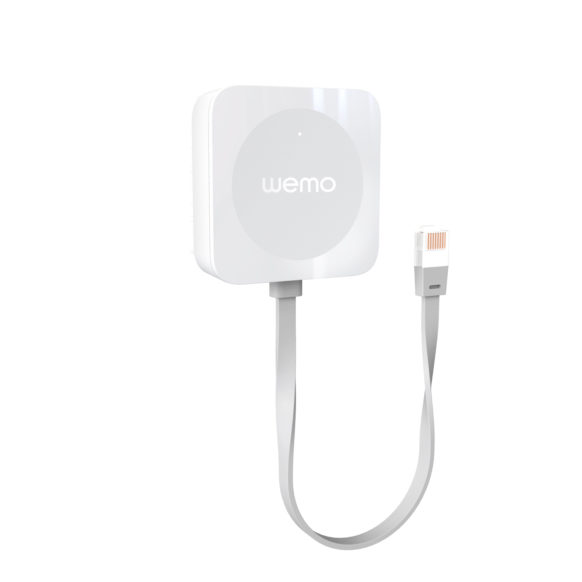 With the HomeKit enabled Wemo Bridge, Wemo users can ask Siri® on their iPhone, iPad or Apple Watch – “Siri, turn on Wemo” or “Siri, dim the living room lights,” or they can use the Apple Home app to control any of these devices. Users can also include Wemo products into scenes and rooms to work with more than one hundred other HomeKit compatible products and access them while on the go.

The Wemo Bridge connects to any home Wi-Fi router via an Ethernet cable, allowing communication between HomeKit enabled devices such as the iPhone, iPad, and Apple Watch, and Wemo smart plugs and light switches.

Previously, Wemo users were limited to controlling Wemo devices via the Wemo app, They can now control Wemo functionality in the Apple Home App on the iPhone, iPad, or Apple Watch.

The Wemo Bridge is now available at Amazon, Apple.com, Belkin.com, and Best Buy for an MSRP of $39.99.