The next time you attempt to send a message in the Facebook Messenger on your iPhone, you might be hit with a frustrating bug. Some iOS users are finding that the app is freezing after they type a couple of words in a chat message. 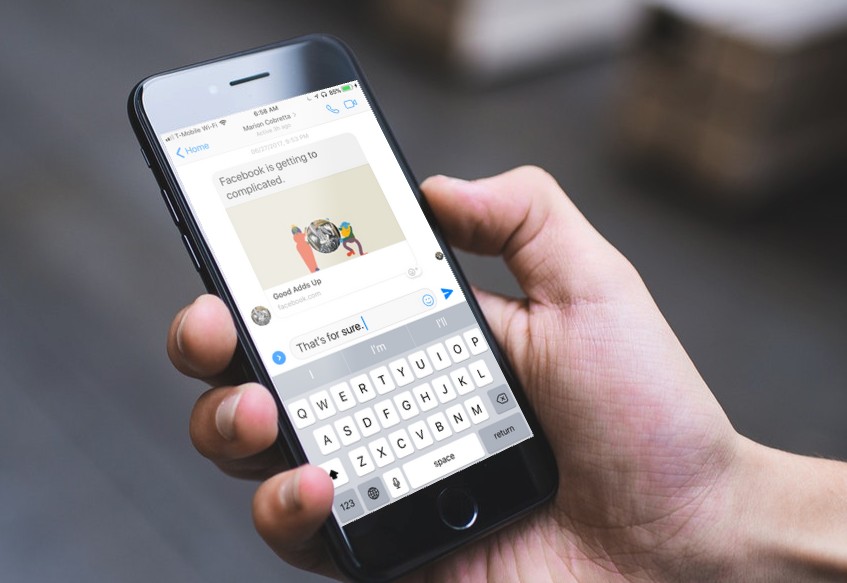 An annoying bug is affecting typing inside the app. Some users on iOS devices are finding that the app is freezing after they type a couple of words in a chat bubble, but other apps are working fine. The glitch obviously makes having conversations through Messenger more than a little difficult.

TechCrunch’s own Josh Constine was hit by the problem and he founded that closing and reopening the app didn’t fix it. Likewise, other users tried deleting and reinstalling Messenger but all to no avail, the bug persisted.

When contacted by TechCrunch, Facebook confirmed they are looking into the issue. However, the company didn’t supply any information about what might be causing the problem or how it plans to fix it.

The issue isn’t affecting everyone, but those that are afflicted by the bug are venting about it on Twitter, where text entry appears to be working just fine.

@messenger your app is totally broken on iOS 11 right now. I can only type 1-2 words. pic.twitter.com/Dx82BJVwEm

Facebook announced earlier this week that it knew the Messenger app had “become too cluttered. (Via TechCrunch)

“The app became too cluttered,” Facebook’s head of Messenger David Marcus announced today in a post of plans for 2018 including “massively simplifying and streamlining Messenger this year.” Between Messenger Day/Stories, its Snapchatty augmented reality camera, a bot Discover section, games, and more, Facebook had to build artificial intelligence “M Suggestions” just to remind people of all the features it has crammed in the app.