Popular pro-level image editing software for the Mac, Pixelmator Pro has been updated to version 1.0.6, bringing a large number of improvements and bug fixes. 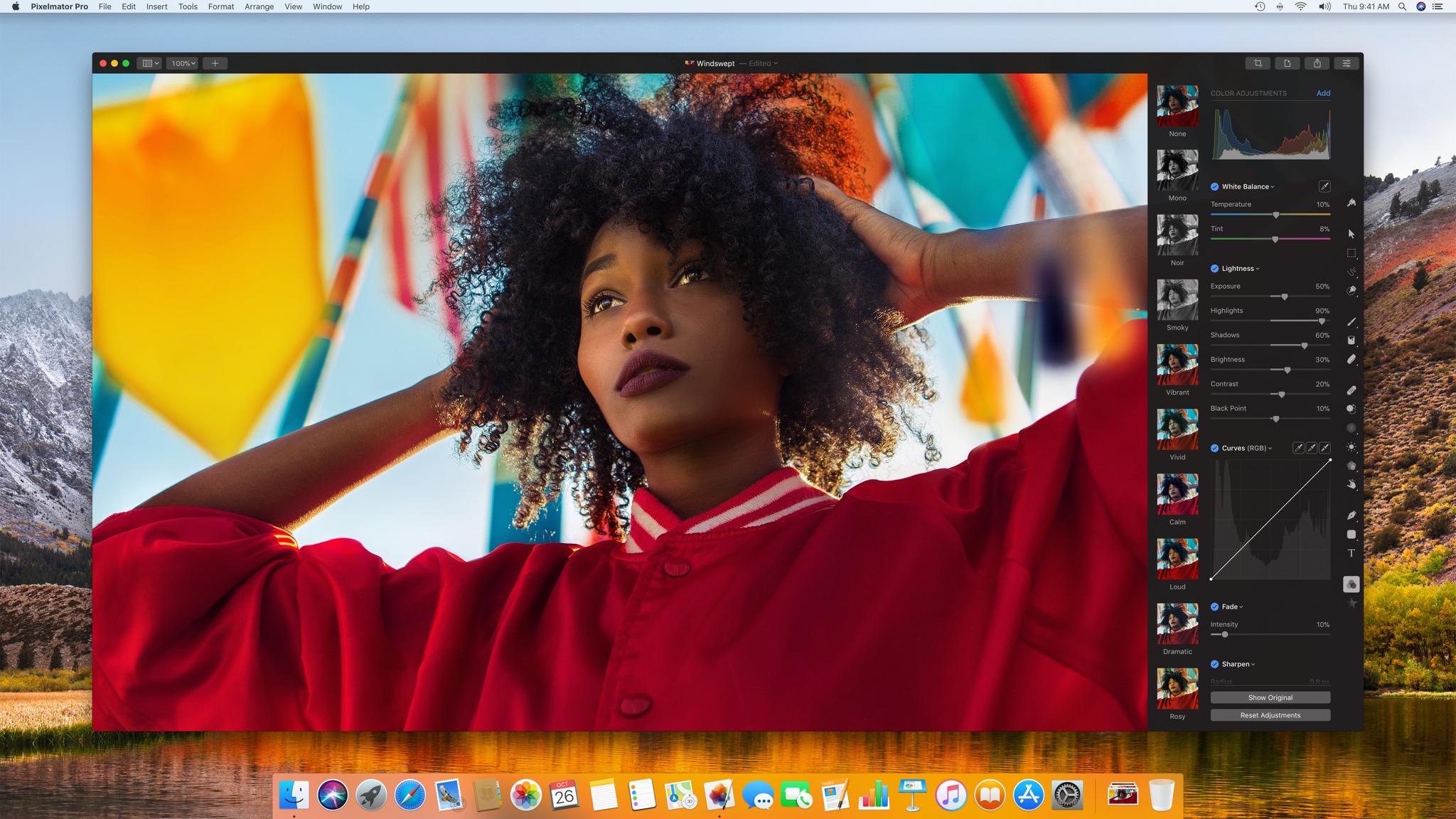 Pixelmator Pro 1.0.6 adds custom aspect ratios and custom presets to the Crop tool and includes a range of other improvements and bug fixes.

• Use the Crop tool to crop with your own custom ratios.
• Create and save custom crop presets.
• The Type tool will now be highlighted when a text layer is selected.
• If no text is selected, clicking a text preset will now add a new text layer with the preset style applied.
• When using the Type tool’s Color Picker, pressing the Escape key will now close the Color Picker, as it should.
• Drag shapes from the Layers view to the Shapes palette to save them to your collection.
• The selection tools will now be highlighted if there is an active selection.
• A number of performance improvements make the selection tools faster and more reliable.
• You can now copy, cut, paste, and duplicate the components inside shapes.
• The Color Selection tool now works on layers with color adjustments.
• You can now hold down the Space bar to move selections while using the Rectangular and Elliptical selection tools.

Other improvements and bug fixes
• When exporting to JPEG, the more common .jpg extension will be used instead of .jpeg.
• The BMP and GIF formats have been added to the list of file formats you can export to.
• Pressing Command-I now toggles the Invert adjustment, instead of simply applying it.
• Dotted strokes now appear as they do in the original Pixelmator, improving compatibility with PXM files.
• When changing image and canvas size, guides would be repositioned incorrectly. Fixed.
• Certain fonts with high baselines would be clipped to the boundaries of text boxes. Fixed.
• Fixed an issue that would sometimes make it impossible to change the font of certain text layers.
• Applying a gradient to the layer mask of a text layer would only work at the second attempt. Fixed.
• Copying a text layer and pasting it inside another text layer would include unnecessary text. Fixed.
• Dragging and dropping RAW images into Pixelmator Pro now works faster.
• RAW layers imported via drag and drop would sometimes have incorrect layer handles. Fixed
• Fixed an issue that would cause imported layers with transparent areas to be displayed incorrectly.
• When using the Paint tool in images with advanced color profiles, the colors in the Colors window would not match up with colors in the image. Fixed.
• Painting on an empty layer and moving a section of it would change the color of the painted areas. Fixed.
• The position of gradient fills would shift after converting text into a shape. Fixed.
• Trimming the canvas according to the color of the top left and bottom right pixels now works correctly.
• Undo steps would sometimes disappear when creating selections. Fixed.
• The Color Fill pop-up menu now correctly shows the selected blending mode.
• Occasionally, it would not be possible to save images if the Image fill effect was applied. Fixed.
• The fills of resized shapes will now be preserved more accurately.
• When using the Fill layer style on very small layers, the fill would sometimes disappear. Fixed.
• Several improvements fix flickering and positioning issues when editing shapes.
• The canvas would sometimes jump after resetting changes made with the Crop tool. Fixed.
• When exporting JPEG images without a specified color profile, one would be attached anyway. Fixed.
• If the preference for importing JPEG, PNG, and TIFF images w​as disabled, images opened via File > New from Photos would cause Pixelmator Pro to stop responding when saving. Fixed.
• Combining effects like Affine and Op Tile would sometimes produce infinite images and cause Pixelmator Pro to stop responding. Fixed.
• A number of fixes improve the stability of various tools that use gradients.
• Pixelmator Pro would sometimes stop responding after moving the app from a Retina to a non-Retina display. Fixed.

The app was released back in November, and is a more advanced version of the popular Pixelmator photos editing app for the Mac. The Pixelmator Team built Pixelmator Pro as a completely new app, allowing it to take advantage of the latest macOS features, such as Metal 2, CoreML, and more.

Pixelmator Pro is available in the Mac App Store for $59.99. [GET IT HERE]