Apple on Wednesday released an update to their popular Swift Playgrounds app. The update, version 2.0, brings new features such as playground subscriptions, new robots and more to the programming learning app. 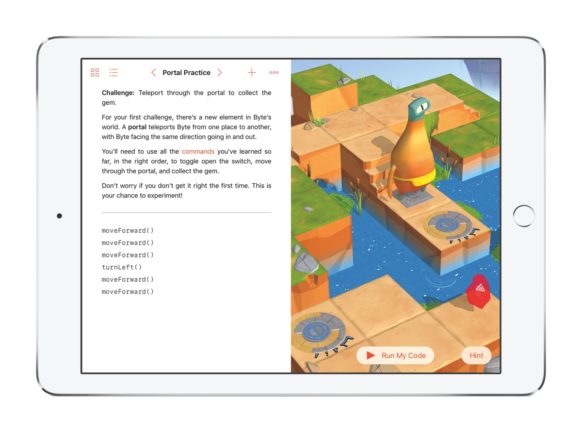 Note: Third-party robot playgrounds previously included in the app are now available directly from their respective authors when you browse subscriptions.

Swift Playgrounds first debuted in 2016, as a part of Apple’s efforts to teach users how to code apps using the Cupertino firm’s Swift programming language. The app uses 3D worlds, animations, and interactive tools to illustrate how basic coding techniques work. The app has proven to be popular with budding programmers of all ages.

Swift Playgrounds is free, and is available for the iPad in the App Store. [GET IT HERE]