Apple’s iBooks app makes it easy to take your favorite books with you to read on your iPhone or iPad. Finding and buying a book is easy and all purchases are charged against your iTunes Store credit, or your default iTunes payment method. 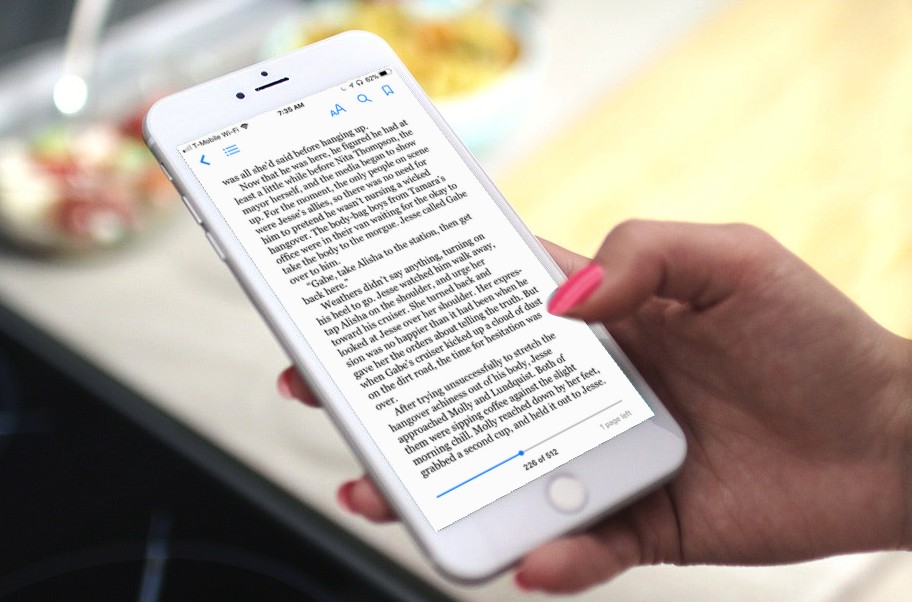 1.) On the main iBooks screen, tap either the “Featured” or “Top Charts” icon at the bottom of your iPhone or iPad screen. The Featured screen allows you to browse books by categories, genres, and even what’s trending. The Top Charts screen lists the most popular free and paid titles. You can also tap the “Search” icon to look for books by title or author. 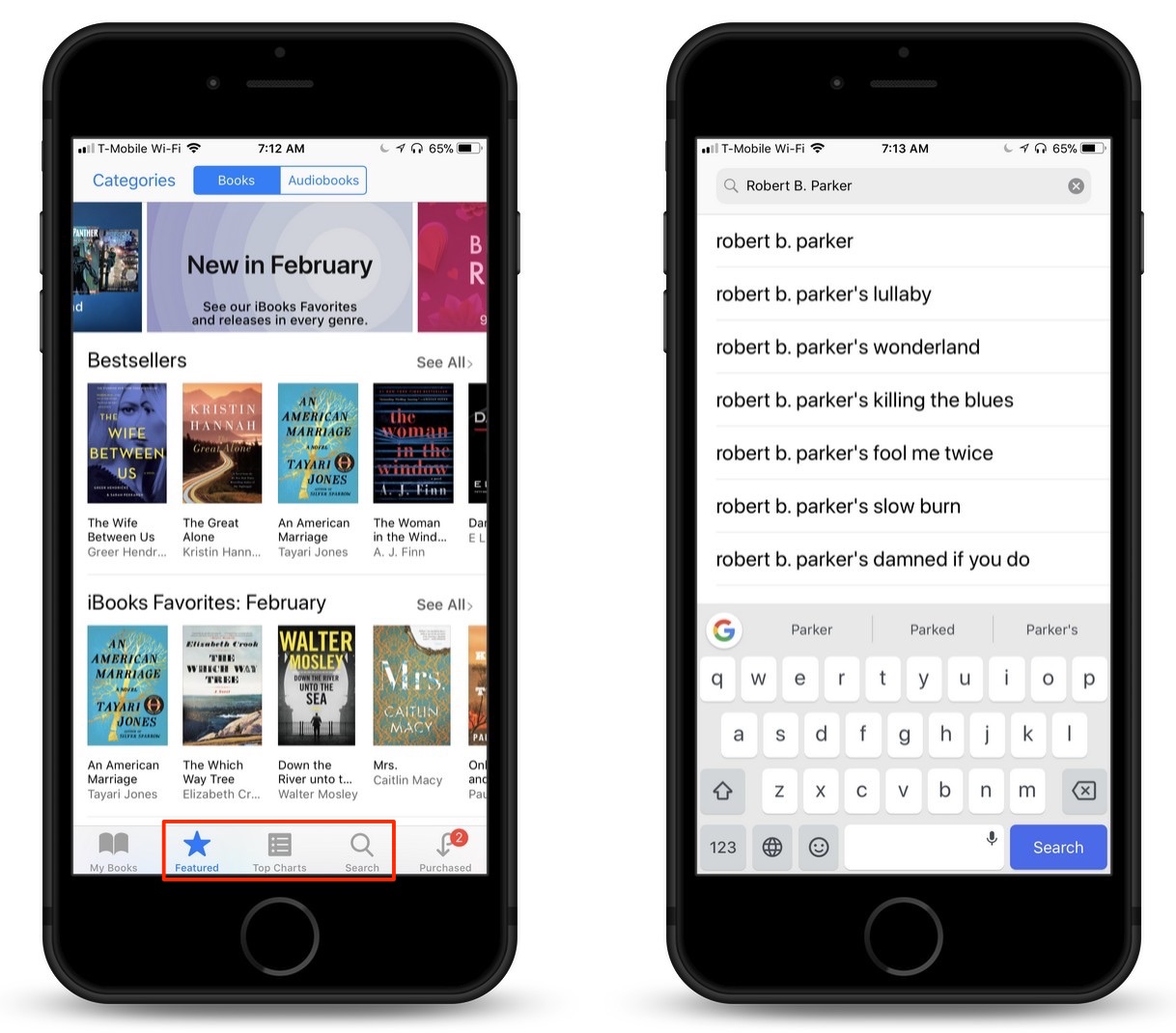 2.) Once you’ve found the book you want, simply tap the “Sample” button or the button listing price, which turns into either “Buy Book” or “Get Book,” depending on whether the book is free or a paid for publication. Tap “OK” to confirm the purchase. Enter your iTunes password, or use Touch ID or Face ID to confirm the book purchase, if needed. 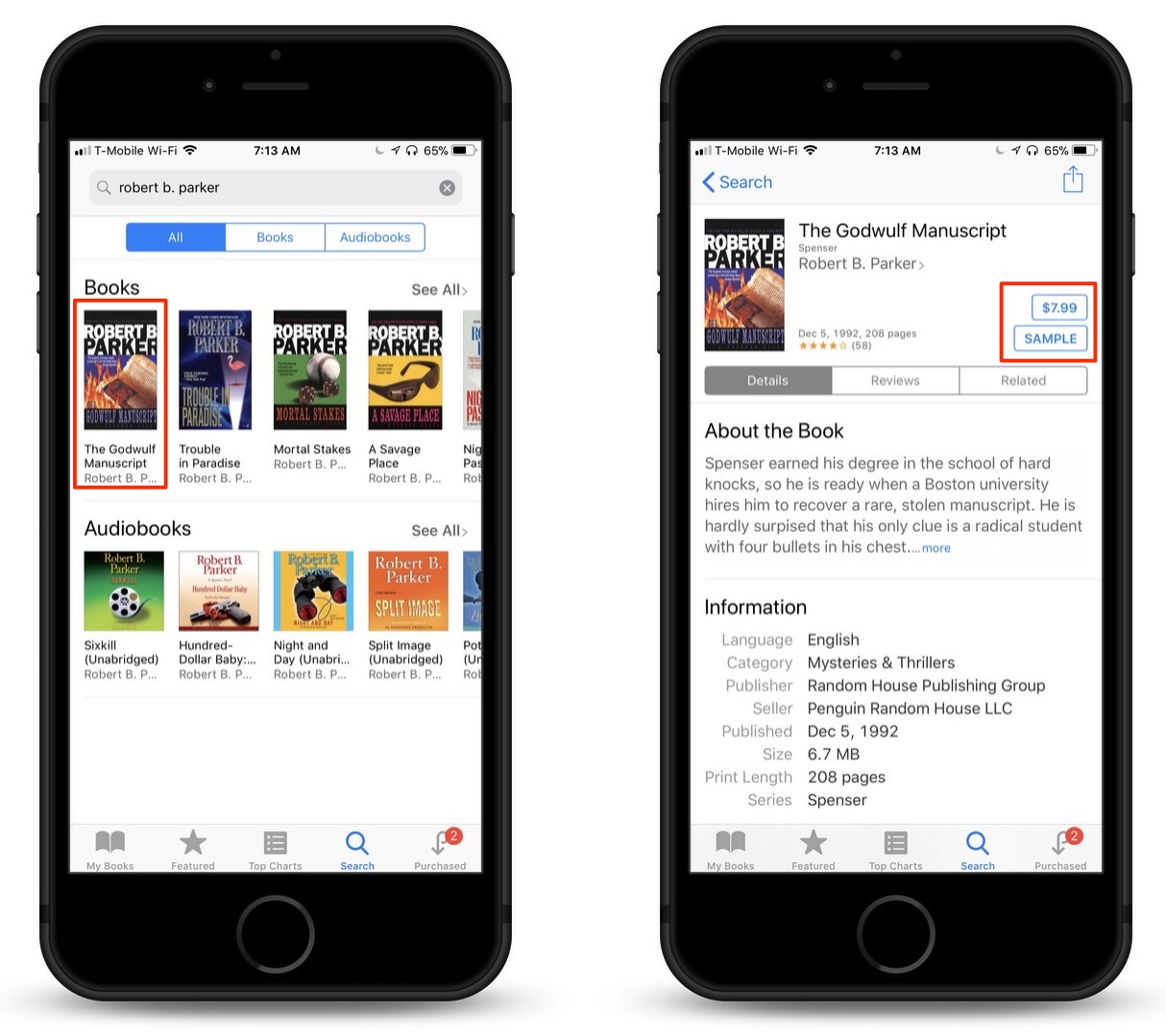 3.) Your books are all available via iCloud. This means your books are available on any iOS device using the same iTunes login. Tap the “My Books” icon at the bottom of the screen to view the books you’ve purchased. Books with a cloud in the upper-right hand corner of its icon have not yet been downloaded to your device. Tap the icon to download the book. Once it’s downloaded, tap the books cover icon to begin reading it.

For more tips and tricks on how to make better use of your Mac, iPhone, iPad, iPod touch, Apple Watch, or Apple TV, be sure to visit the “How To” section of our website.