T-Mobile announced on Tuesday that it plans to start deploying its 5G network this year, rolling out to 30 U.S. cities. Sprint also revealed their 5G plans, with plans to launch the next-generation network in six U.S. cities in 2019. 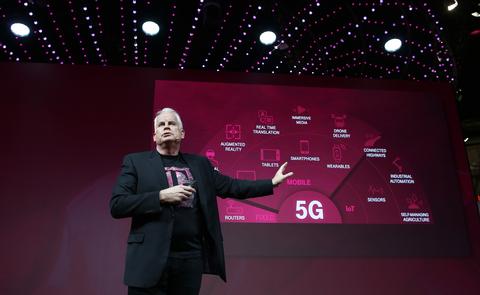 While this is certainly good news, customers won’t notice any speed increases until 5G phones are actually available. Those are expected to start hitting shelves in early 2019, which means iPhones likely won’t boast 5G ability until late 2019.

Among the 30 cities included in the T-Mobile 5G rollout are: New York, Los Angeles, Dallas and Las Vegas, which will see the first wave of 5G networks.

AT&T previously announced it will have 5G ready in 12 U.S. cities by the end of 2018. Verizon hasn’t as yet announced its 5G plans.