Over the past few weeks, T-Mobile has been sending its customers text message alerts warning them of “an industry-wide phone number port-out scam.” 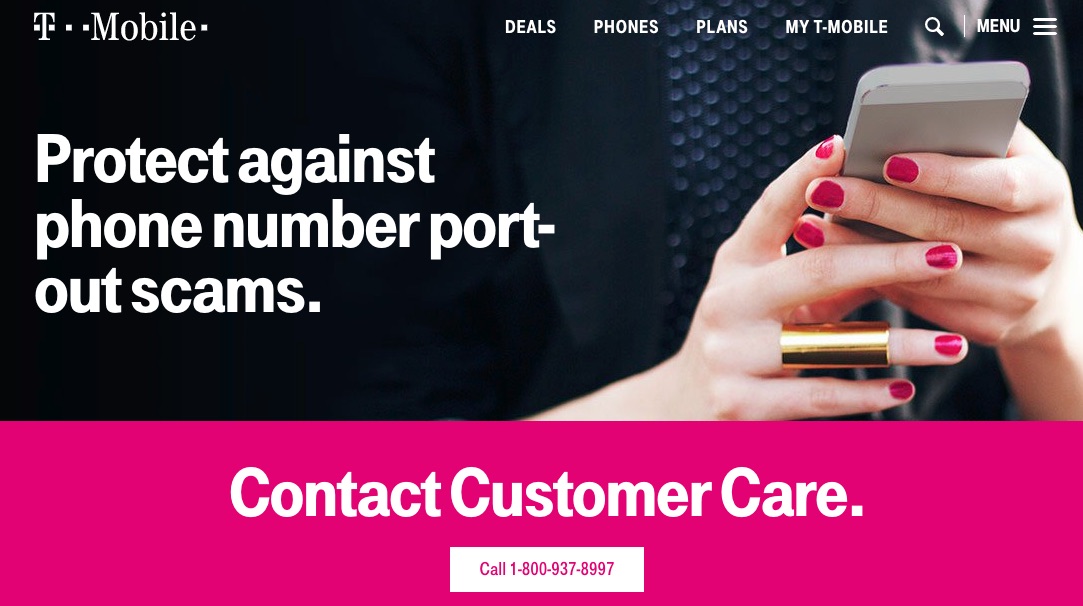 Motherboard on Monday confirmed with the carrier that the alerts are authentic, and that the threat is real.

This is a legitimate, real T-Mobile alert, the company confirmed to Motherboard on Monday. A company representative said T-Mobile is messaging its “entire post-paid customer base,” but some customers may have yet to receive the alert as “that takes time and can’t be done all at once.” 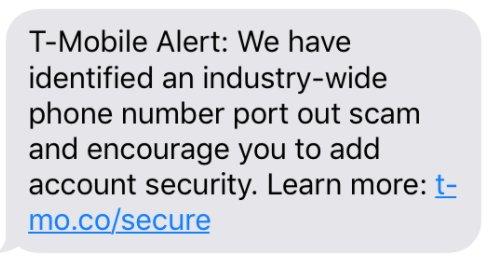 T-Mobile is also warning customers with an alert on their website, as well as the T-Mobile app.

Gizmodo reports the alerts have apparently been going out since January 18th, as Twitter users have reportedly been receiving the alerts since then. (I am a T-Mobile customer, but I have not as yet received the alert via a text message.)

Scam artists are reportedly calling people posing as mobile carriers and then impersonating their victims in order to either port the user’s number to a different carrier or to obtain a new SIM card for the victim’s phone number.

The new SIM card can be used to access personal accounts that are linked to the number. The crooks can use the phone number to request a victim’s bank to send them a password reset link via text.

While the scam isn’t new, it does appear to be a growing problem. “Port-out fraud has been an industry problem for a long time, but recently we’ve seen an uptick in this illegal activity,” a T-Mobile spokesperson told Gizmodo. “We want to make sure our customers [are] aware of this risk and encourage them to add extra security features to their accounts.”

The T-Mobile alert directs customers to a page on the carrier’s site which contains information about the scam. The page also encourages them to call customer support to add port validation, which requires them to create a 6-to-15-number passcode, that passcode will be required if someone attempts to port a number on the user’s account.