Verizon saw a monthly subscriber increase of 260,000 during the first quarter of 2018. mostly on the back of Apple Watch and Samsung smartwatch activations.

The results renewed optimism that the largest U.S. mobile-phone carrier can cope with a maturing industry. Even as the company lost phone and tablet subscribers, new customers using mobile service for Apple Inc. and Samsung Electronics Co. watches, vehicles and other applications offset the shortfall. The results sent the shares up as much as 3.6 percent to $50.39.

The monthly subscriber increase of 260,000 for the quarter beat the 159,000 average predicted by analysts. The boost helped offset the loss of smartphone and tablet subscribers during the quarter. 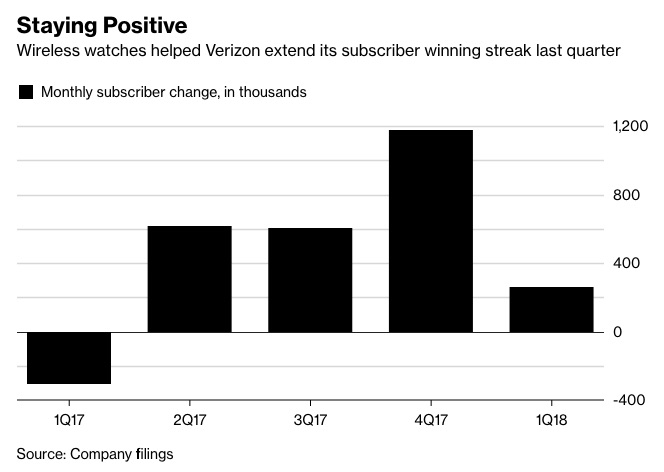 Verizon added a total of 359,000 subscribers who use smart watches and other devices during the quarter, which helped make up for the loss of 24,000 smartphone and 75,000 tablet customers.