Apple released its earnings report yesterday, which was followed by a very satisfying conference call.

Apple’s growth mostly took place in iPad sales and the service sector, which the street values highly. Services revenues grew 4% from the last quarter, and staggering 31% year-over-year. This is the testament that potential phone market saturation and diminishing returns of new iPhone models will not hold Apple hostage in the future. Services such as iTunes, Apple Care, and online storage are deeply integrated in customers’ buying habits. Investors like the stability and predictability of the services reoccurring revenue stream.

Highlights from the earnings call

“We’re thrilled to report Apple’s best June quarter ever, and our fourth consecutive quarter of double-digit revenue growth,” said Tim Cook, Apple’s CEO. “Our Q3 results were driven by continued strong sales of iPhone, Services and Wearables, and we are very excited about the products and services in our pipeline.”
“Our strong business performance drove revenue growth in each of our geographic segments, net income of $11.5 billion, and operating cash flow of $14.5 billion,” said Luca Maestri, Apple’s CFO. “We returned almost $25 billion to investors through our capital return program during the quarter, including $20 billion in share repurchases.”

Apple is providing the following guidance for its fiscal 2018 fourth quarter:

Based on the majority of analysts, Apple stock (AAPL) is one of the most undervalued stocks to own. Even Warren Buffett has been voicing a similar narrative for the past couple of years. He stood to make an incremental $2.6 billion due to the uptick of the stock. 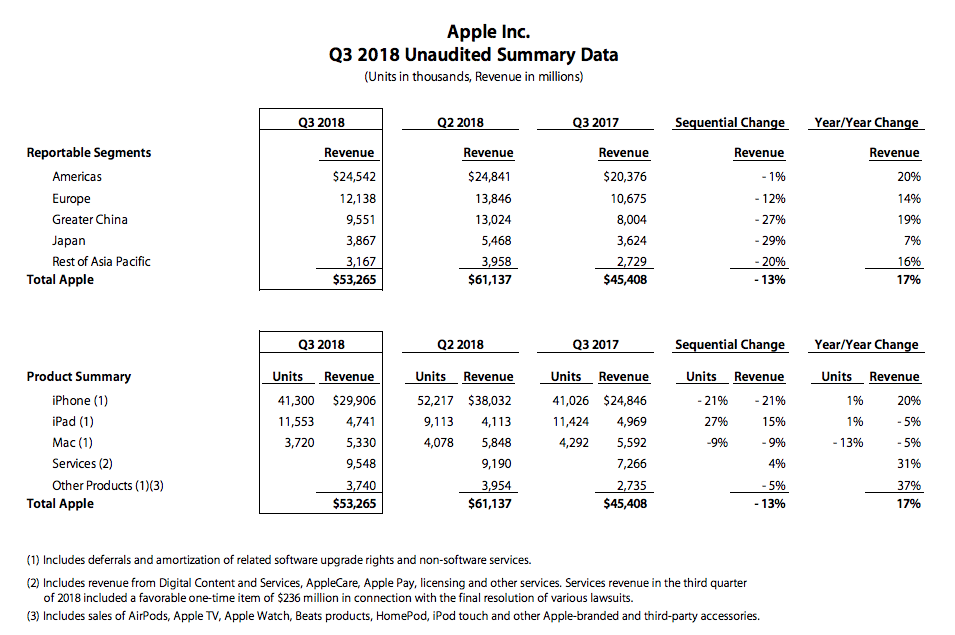