The leaks just keep on coming in the hours just ahead of Apple’s “Gather Round” iPhone event, due to kickoff at 10:00 a.m. Pacific time at Apple’s new Apple Park Cupertino, California campus. An updated sitemap on the Apple website includes links to new Apple Watch models, which will be available in new 40mm and 44mm sizes.

Apple updated its sitemap files ahead of the ‘gather round’ event which will begin in about 7 hours from now. The updated sitemap file has links to Apple Watch in 40mm and 44mm size options.

Surprisingly, the upcoming Apple Watch isn’t listed as a Series 4 model. This might mean that Apple is dropping the “Series” naming style and would call the upcoming model as just “Apple Watch”. 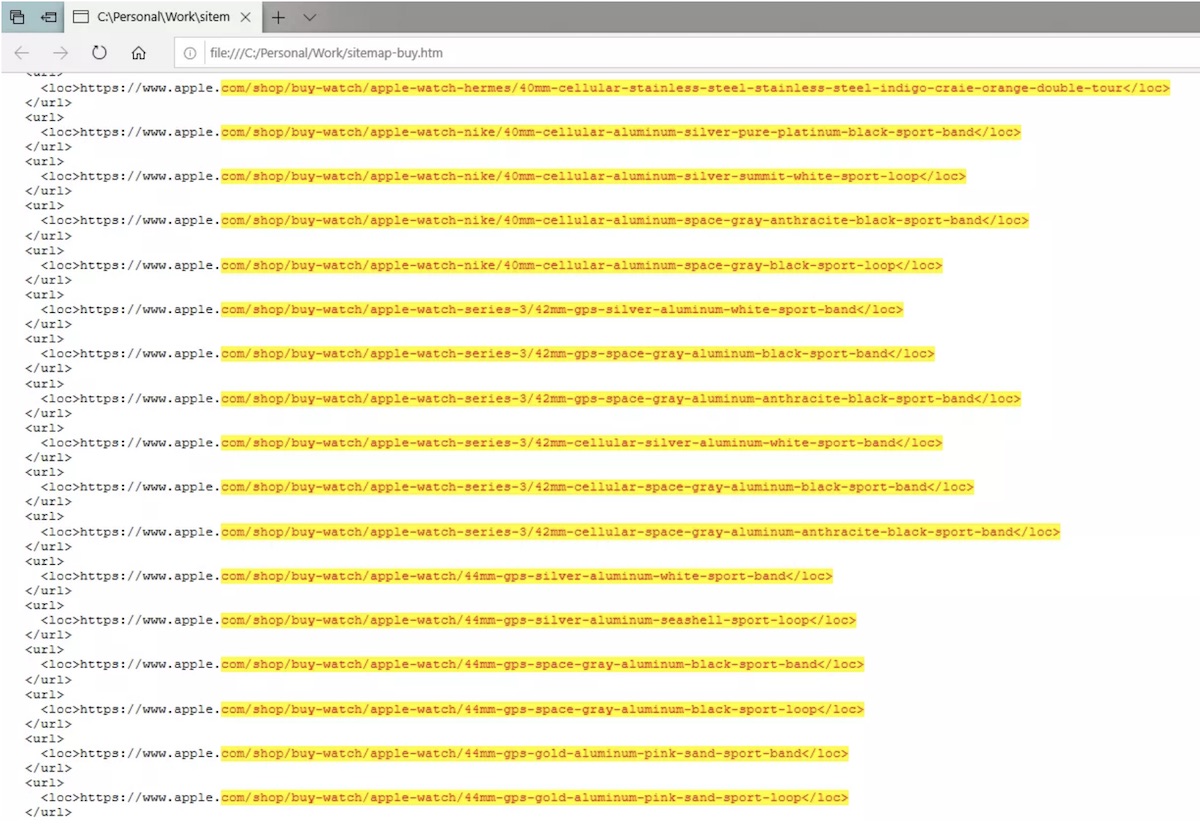 As mentioned in the AllThingsHow report, there isn’t any mention of a “Series 4” moniker, indicating Apple may simply be calling the latest version of its wearables “Apple Watch.”

Although Apple has since removed the XML file from their site, ATH is thoughtfully offering a download of the file on their website.

Larger displays on the new Apple Watch models have been expected. Industry analyst Ming-Chi Kuo predicted back in July that Apple’s new models would boast screens measuring in around 39.9mm and 45.2mm. The larger screens will be made possible due to thinner bezels and a slightly larger case.