Apple has updated Apple Maps to include new indoor maps for over 20 airports and shopping malls across the United States, Denmark, Hong Kong, and Singapore. 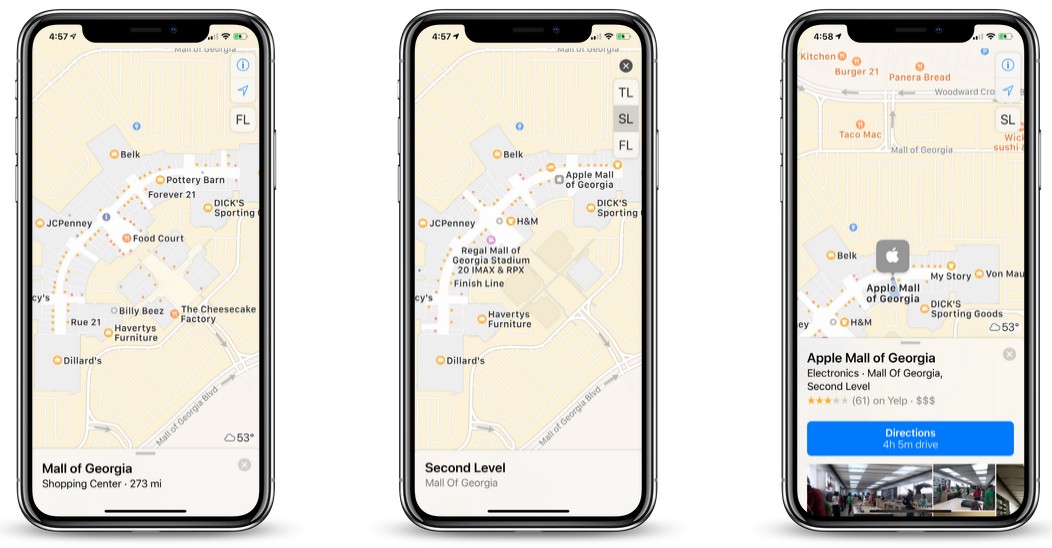 To view any of the maps, simply open the Apple Maps app on a device running iOS 11 or later, search for the facility, zoom in, and tap on “Look Inside.”

The indoor maps allow users to find the exact locations of stores, restaurants, and most importantly, restrooms. Users can scroll around, or swipe up on the place card to browse by category.

The full list of malls and shopping centers supported in the app is available on Apple.com.