Apple announced on Tuesday that the iOS 12 adoption rate has hit 70% on all compatible iPhone, iPad, and iPod touch devices. The figures were shared by the Cupertino firm on its App Store support page. 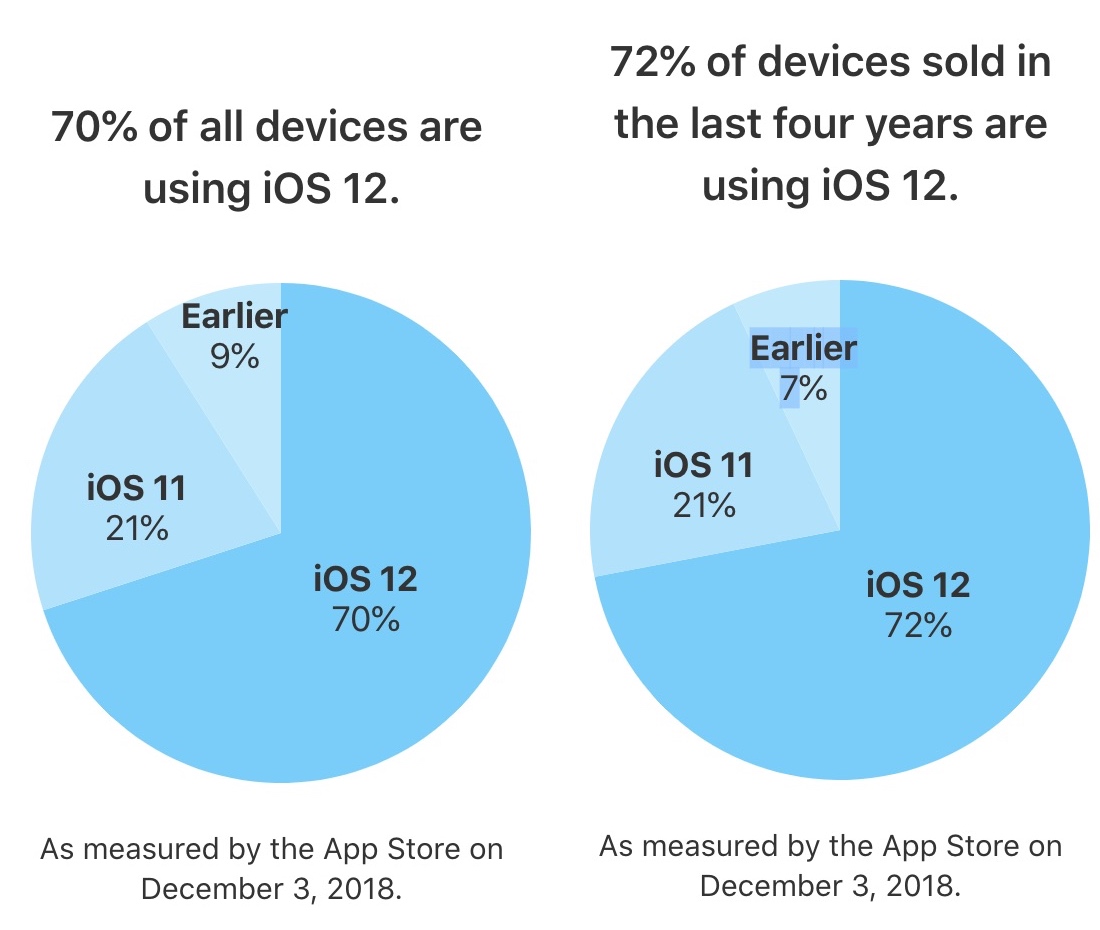 The last time Apple shared iOS 12 adoption figures was October 29, when iOS 12 was installed on 60% of eligible iOS devices. Apple also noted the 72% of the devices sold in the last four years are running iOS 12.

iOS 12 is being adopted at a faster rate than iOS 11 was at this time last year. As of December 4, 2017, iOS 11 was on 59% of compatible devices. iOS 11 stumbled a bit coming out of the gate, as it was afflicted with a large number of bugs over its lifespan, so the higher iOS 12 adoption numbers shouldn’t come as a surprise.

Apple notes 21% of all iOS devices are still running iOS 11, while 9% are running an older version of iOS.

Apple’s numbers are relatively close to those announced by Mixpanel last week, which showed 75% of all iOS 12 devices were running iOS 12. While APple has a direct pipeline to make its measurements, Mixpanel uses data collected from analytics frameworks inside mobile apps and websites, accounting for the difference in measurements.