Apple is one of the world’s largest tech companies. They make some of the best smartphones, top computers aimed not only at creative folks, and era-defining technology that people queue in lines for days.

Apple has also taken this mantra into designing its retail locations domestically as well as around the world. Apple Stores don’t hold back on their size and architectural beauty – but who would have thought otherwise with Steve Job’s rooted focus on design. They are constructed to ‘wow’ the visitor while paying attention to even the tiniest of details.

While most people are interested in the company products, Apple Stores look amazing and stand out from most other retail businesses on the streets.

There are 506 Apple Stores globally and here some of the most stunning ones. 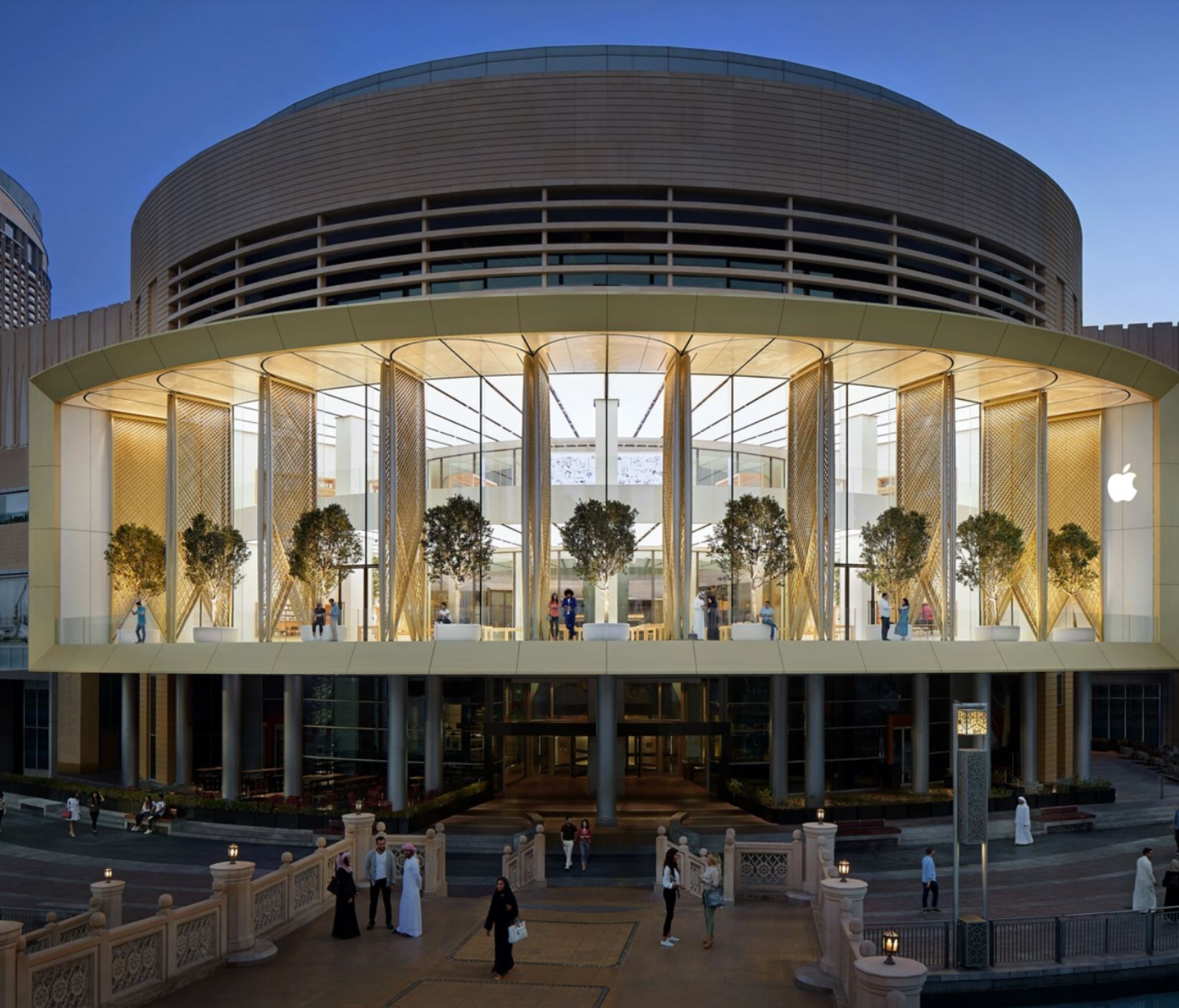 The biggest Apple Store in the world is not in the US! It is in Dubai. It’s located at the Mall of Emirates and was the first Apple Store to establish in the Middle East. But it’s not the only one in the area. The fun fact is that just three hours after opening in Dubai, Apple officially unveiled an Apple Store in Abu Dhabi. 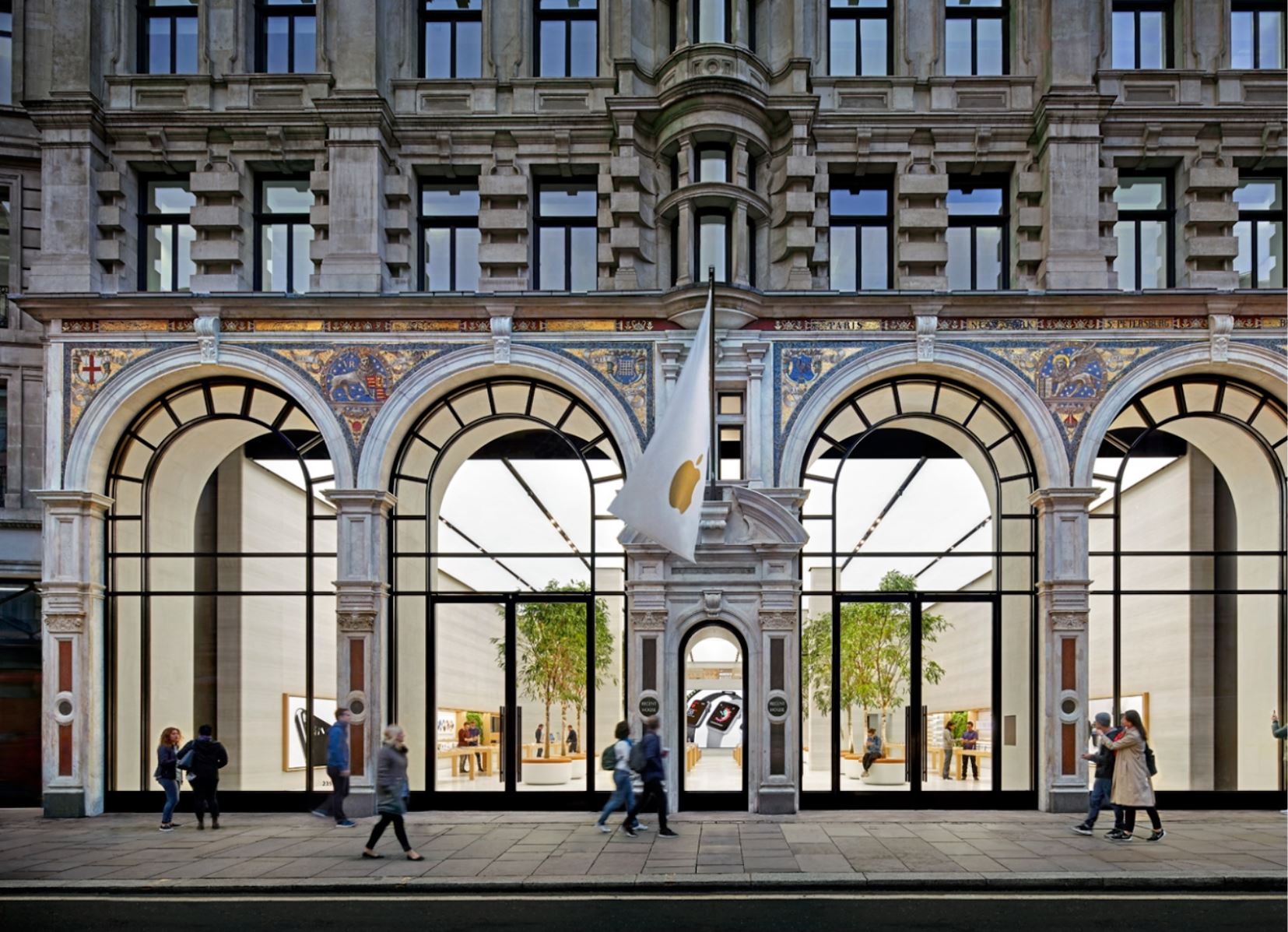 The next biggest Apple store in the world is in London. It’s located in a building full of history that dates back to the Edwardian Period, with detailed emblems and patterns atop each archway. The store itself has glass staircases, a glass bridge and illuminated glass ceiling as part of its stunning architecture. It’s a testament to what can be achieved through combining cutting edge design and woshiping classicism. 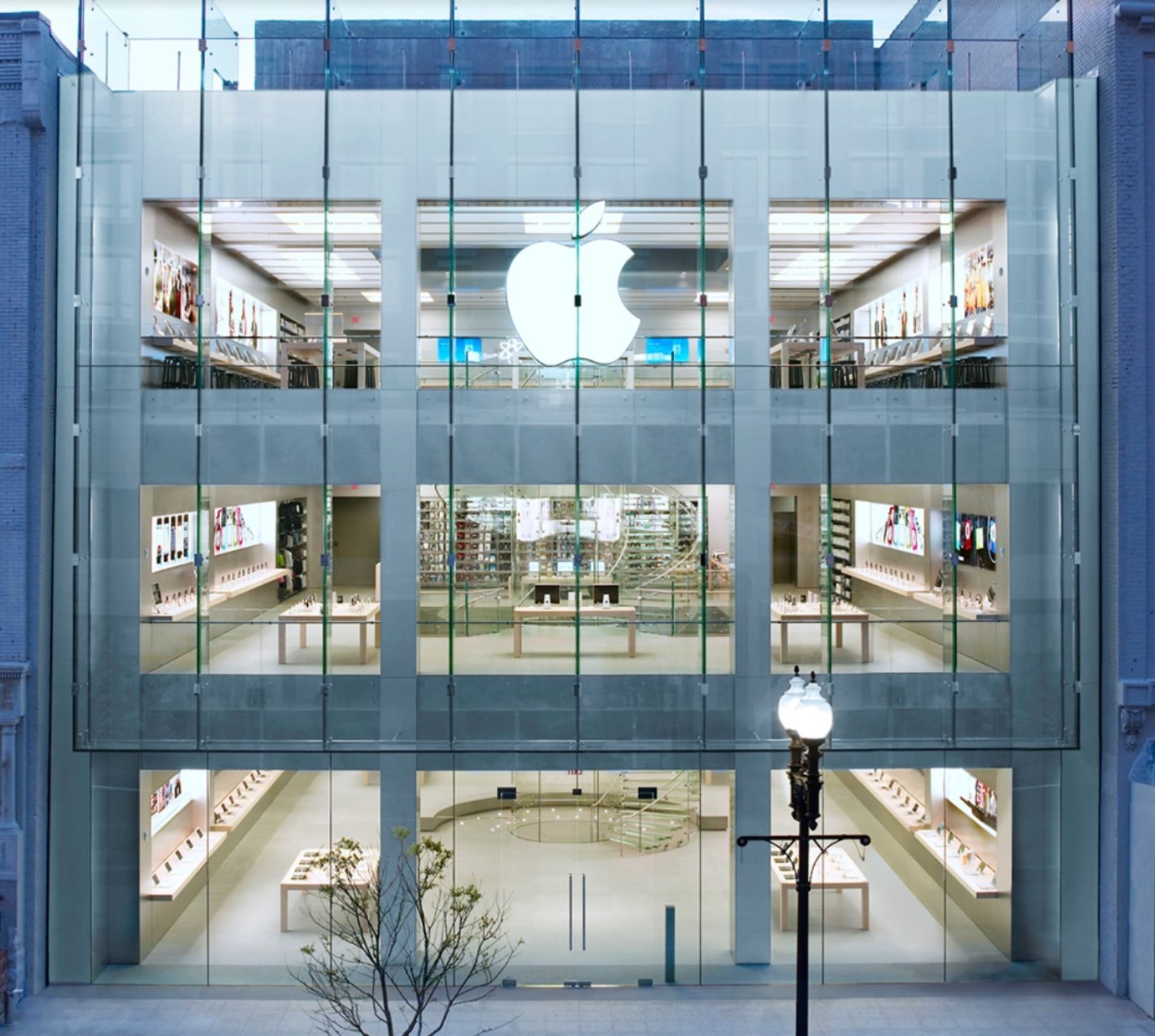 Boston has the largest Apple Store in the USA. Like all other Apple Stores, the design is unique to the building, containing features such as a garden rooftop, although it cannot be accessed by the public. There’s also the inspiring spiral glass staircase that catches the eye from all angles of the store, even from outside. 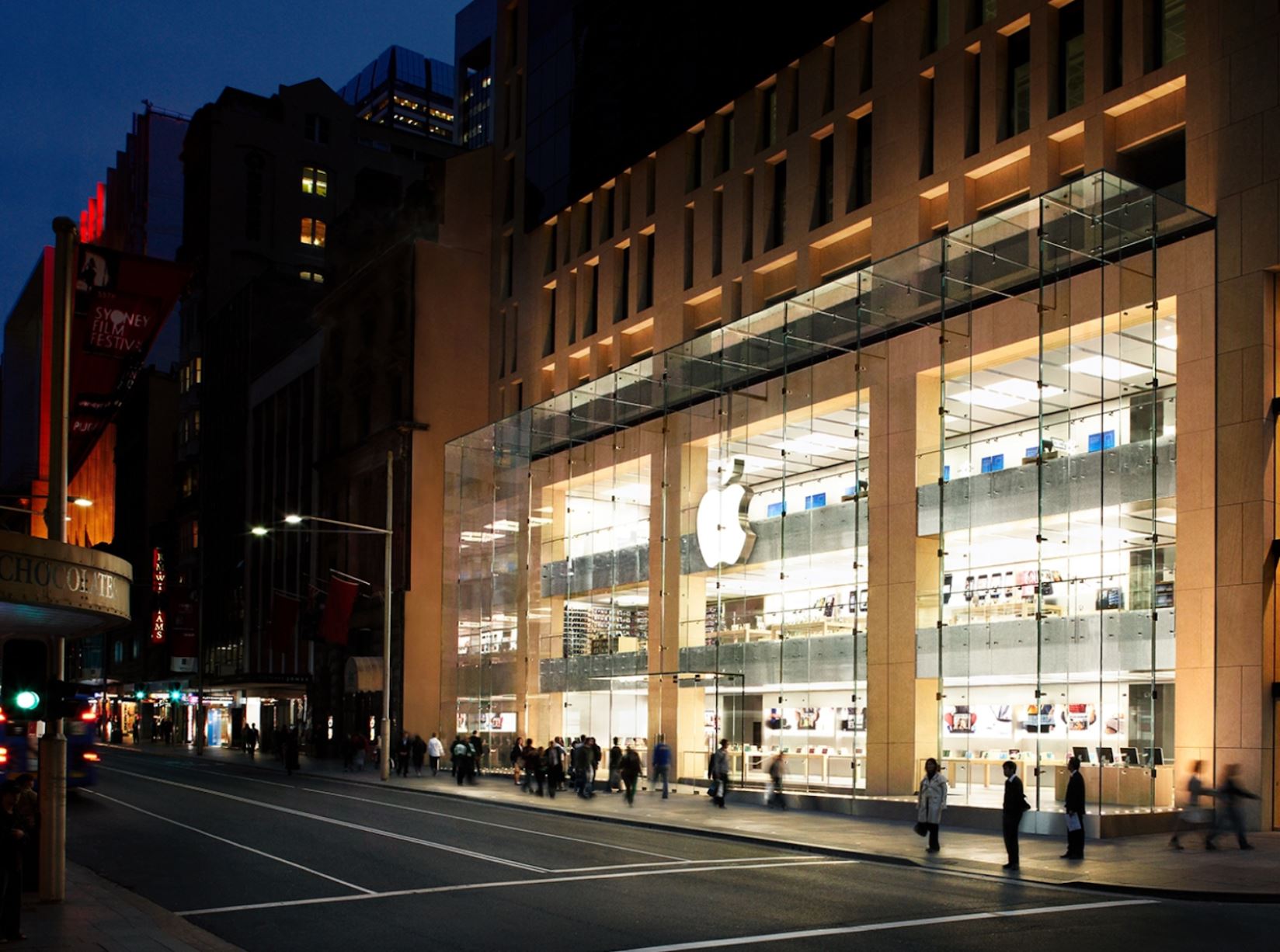 The Apple Store in Sydney is one of the biggest in the world. One of the features that make it stand out from the rest is the size of the Apple logo – it’s the largest of all. There is also a huge Genius Bar that also happens to be the largest in the world. It seems that the theme for Australia was to go big. We certainly safe to say they achieved this. 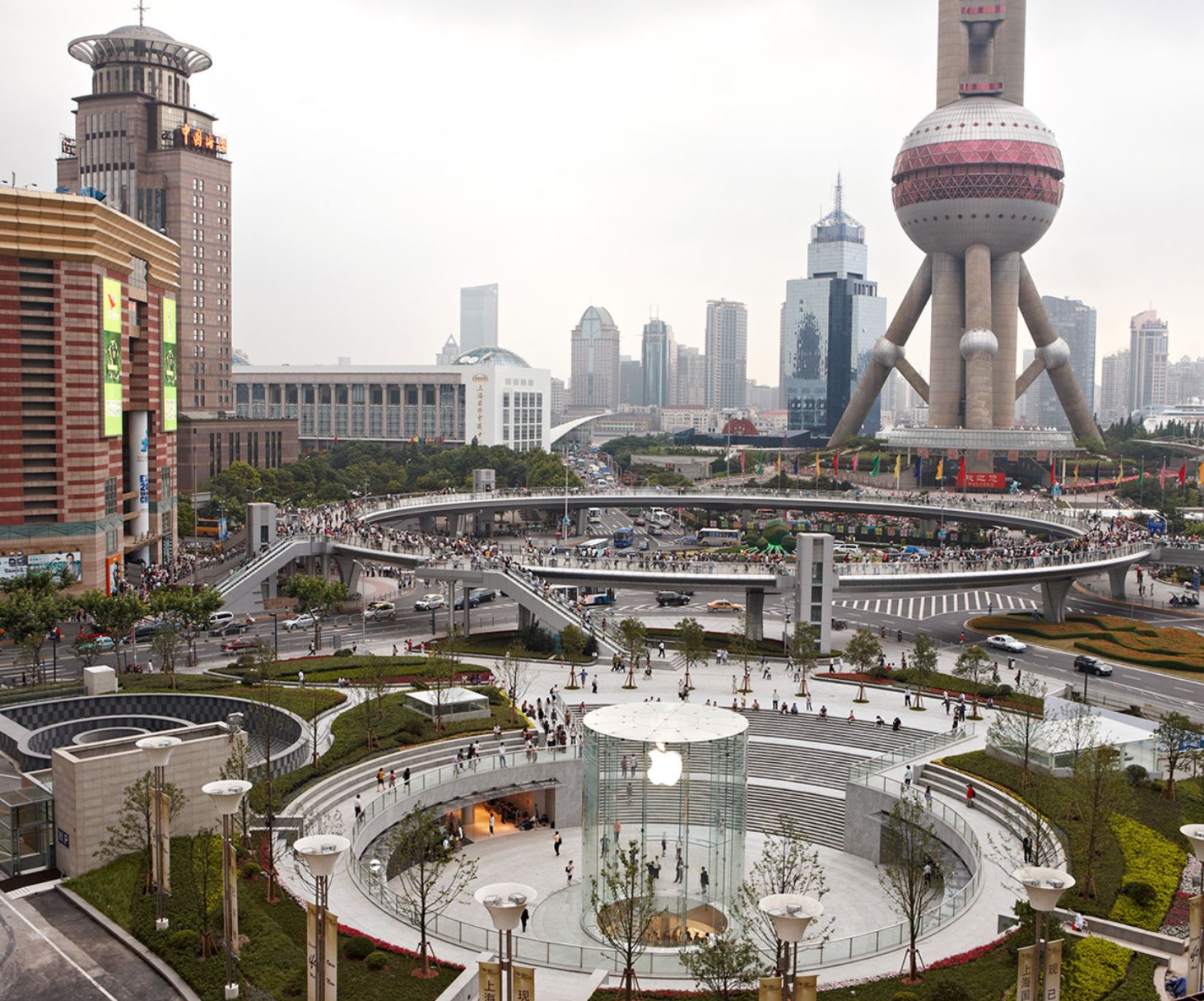 This Apple Store takes shoppers underground to enjoy the Apple experience. Again, there is a spiral glass staircase that takes visitors from the surface to below ground, with the Apple logo imposing above to set the scene. With China emerging as a major player in the technology industry, it’s important that Apple has a store that matches their ambition. They’ve done that in Shanghai. 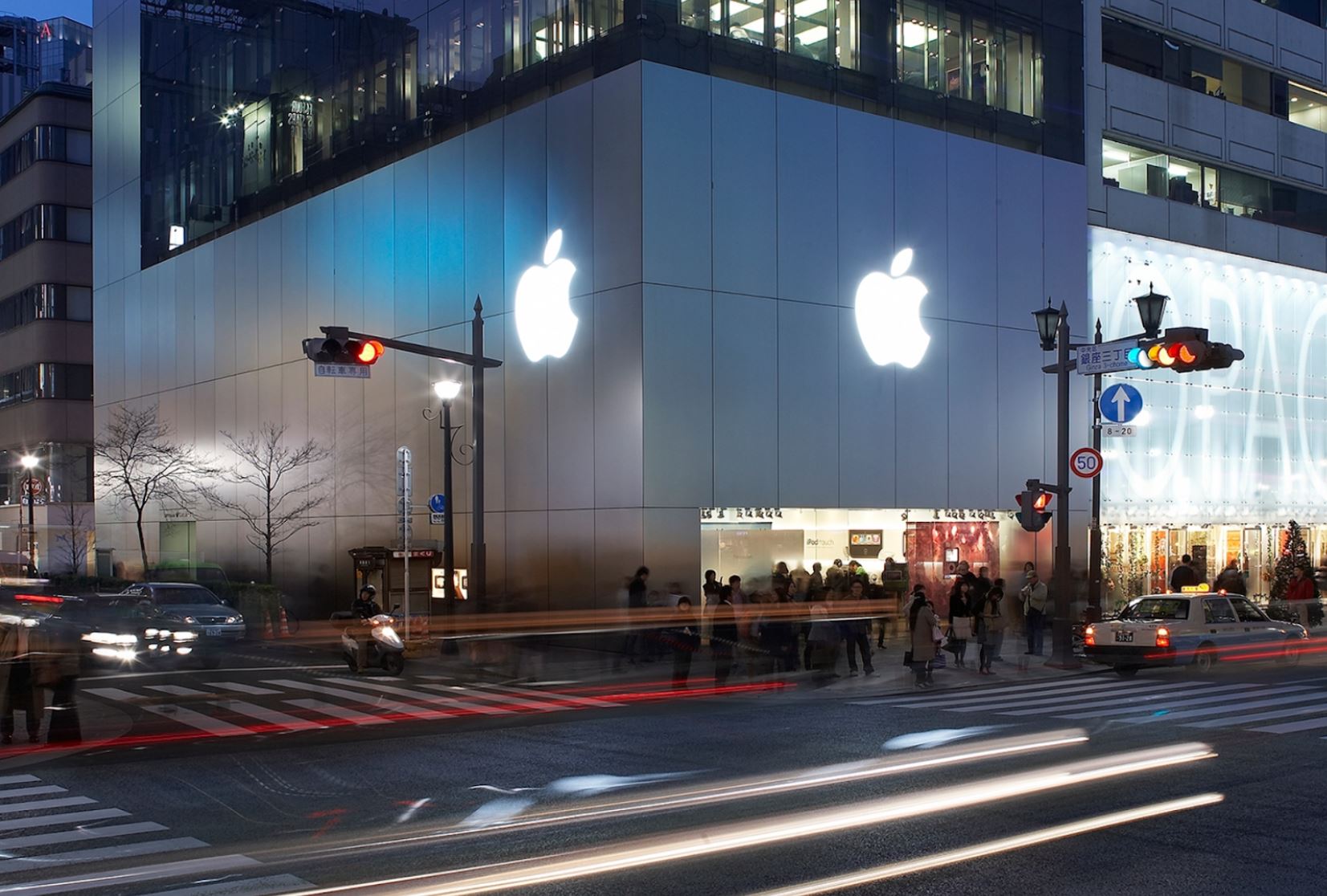 This is the tallest Apple Store in the world and the first to be established outside of the US. The first feature to notice is the beautifully embedded logo in the panel siding. Once inside, the glasswork outshines most if not all Apple Stores. There is also the hallmark elevator that takes you up and down the store without the use of buttons. Only in Japan. 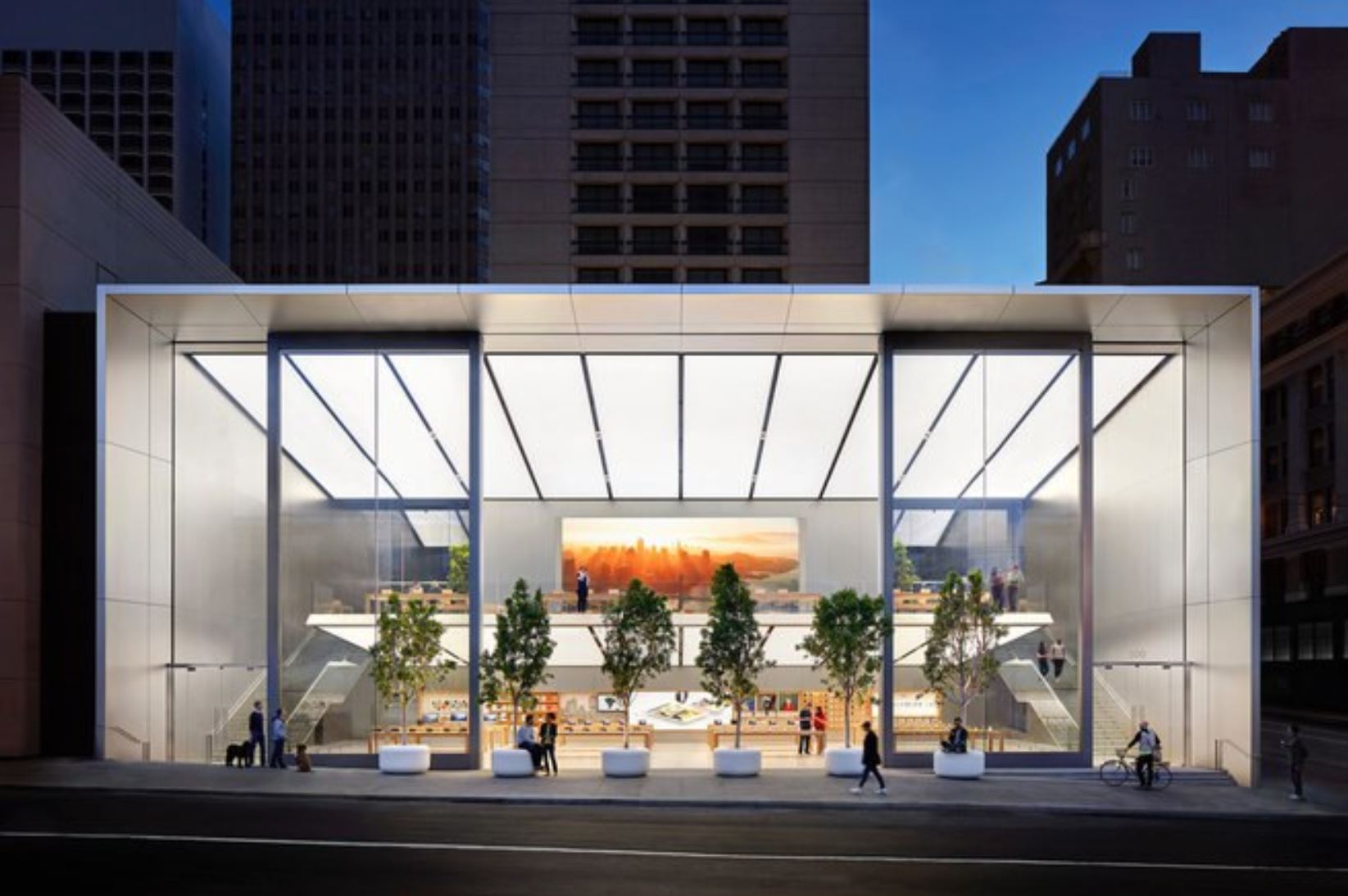 Apple’s home town. This Apple Store was built as a standalone building rather than fitting out and modernising an existing premise. It features 42ft tall sliding doors along the front of the storefront allowing people to walk in uninterrupted, as well as public Wi-Fi and a “green wall” that stands at 50ft. Most notably, the entire store is powered by the Californian sun through photovoltaic panels integrated into the building’s roof.

Taking a break from all of the glasswork, this Apple Store is situated in a French building that is more than 130 years old. The idea behind this Apple Store was to stay in touch with the romantic feel of Paris. Some of the features include mosaic floor tiling. This location boasts great stone and brass work. While some criticise it for being so different from other Apple Stores, most praise the uniqueness. 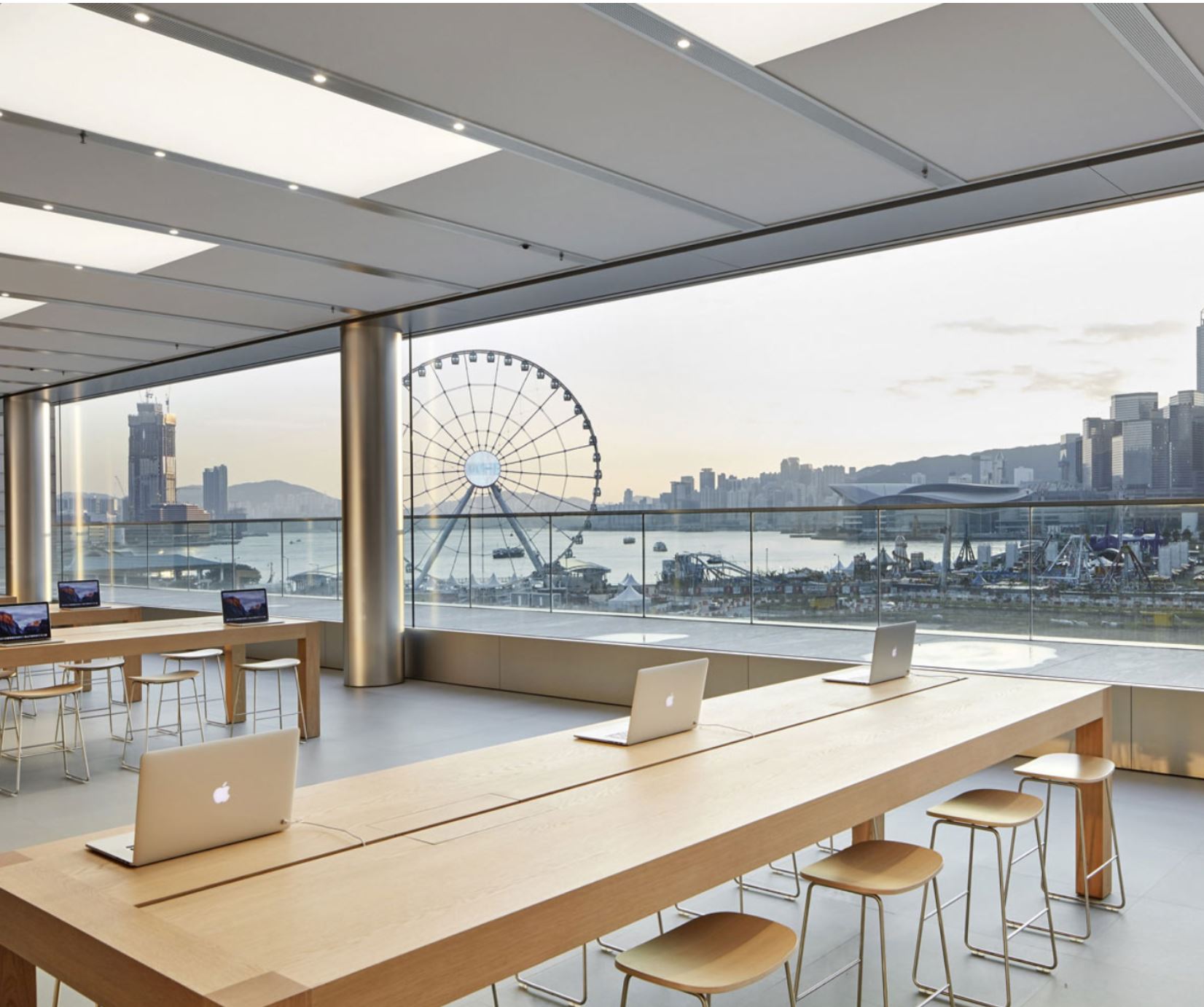 This Apple Store is two stories high and was strategically placed to entice visitors from the popular IFC shopping mall. It even bridges over the main road, adding to the appeal. While there’s technology to browse all over the shop, the second floor features a play area for younger kids to keep them entertained. Oh, and there’s another gorgeous glass spiral staircase. 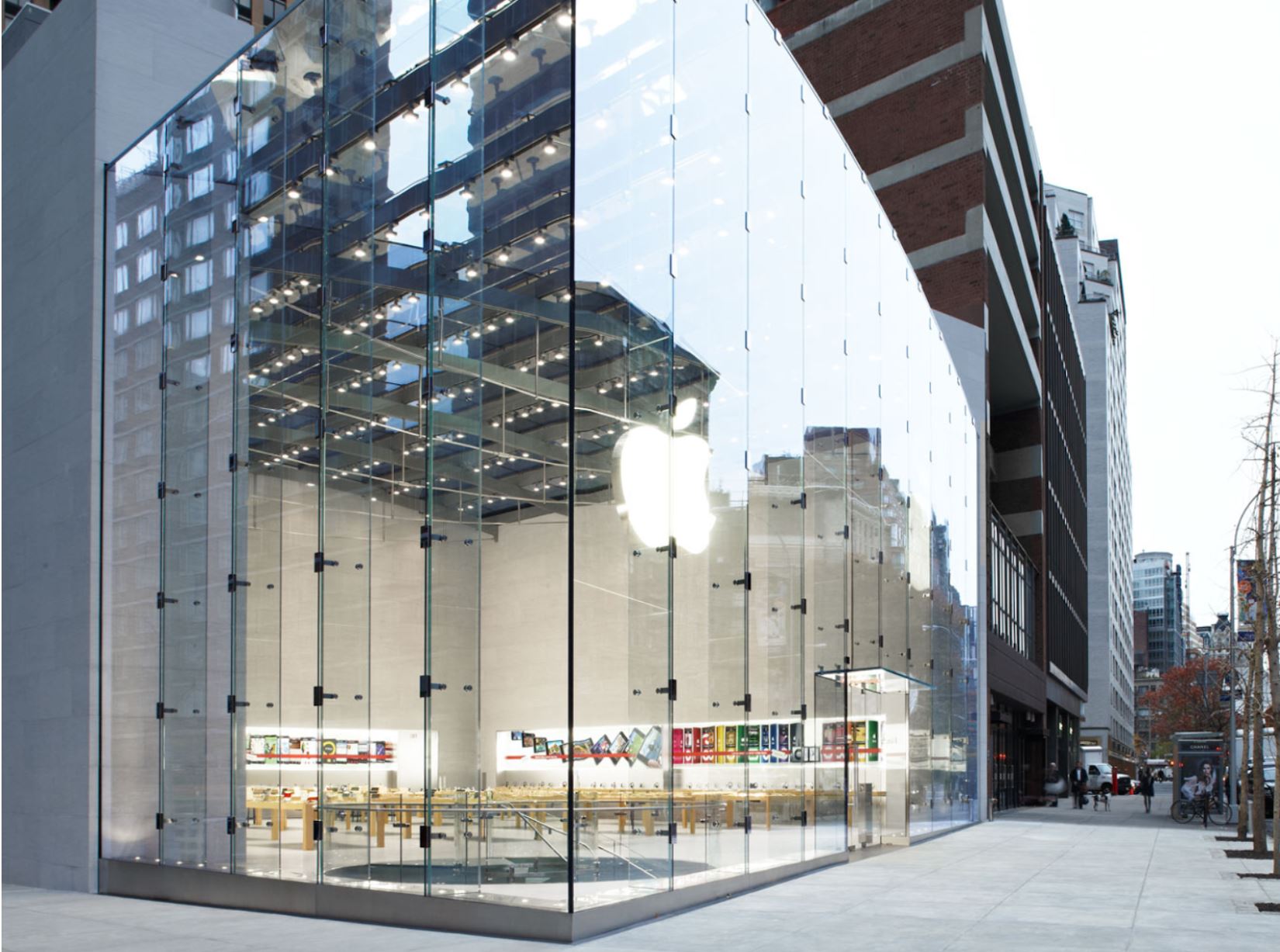 This Apple Store is said to be the most expensive of any created and it’s not difficult to see why. The huge glass enclosure captures everyone’s gaze as they walk by. The structure also uses the most stone out of all Apple Stores. The end result is a classy retail store and sums up exactly what Apple and New York is all about: elegance and quality. The entrance has no-doors look, inviting guests to come in and enjoy the experience. 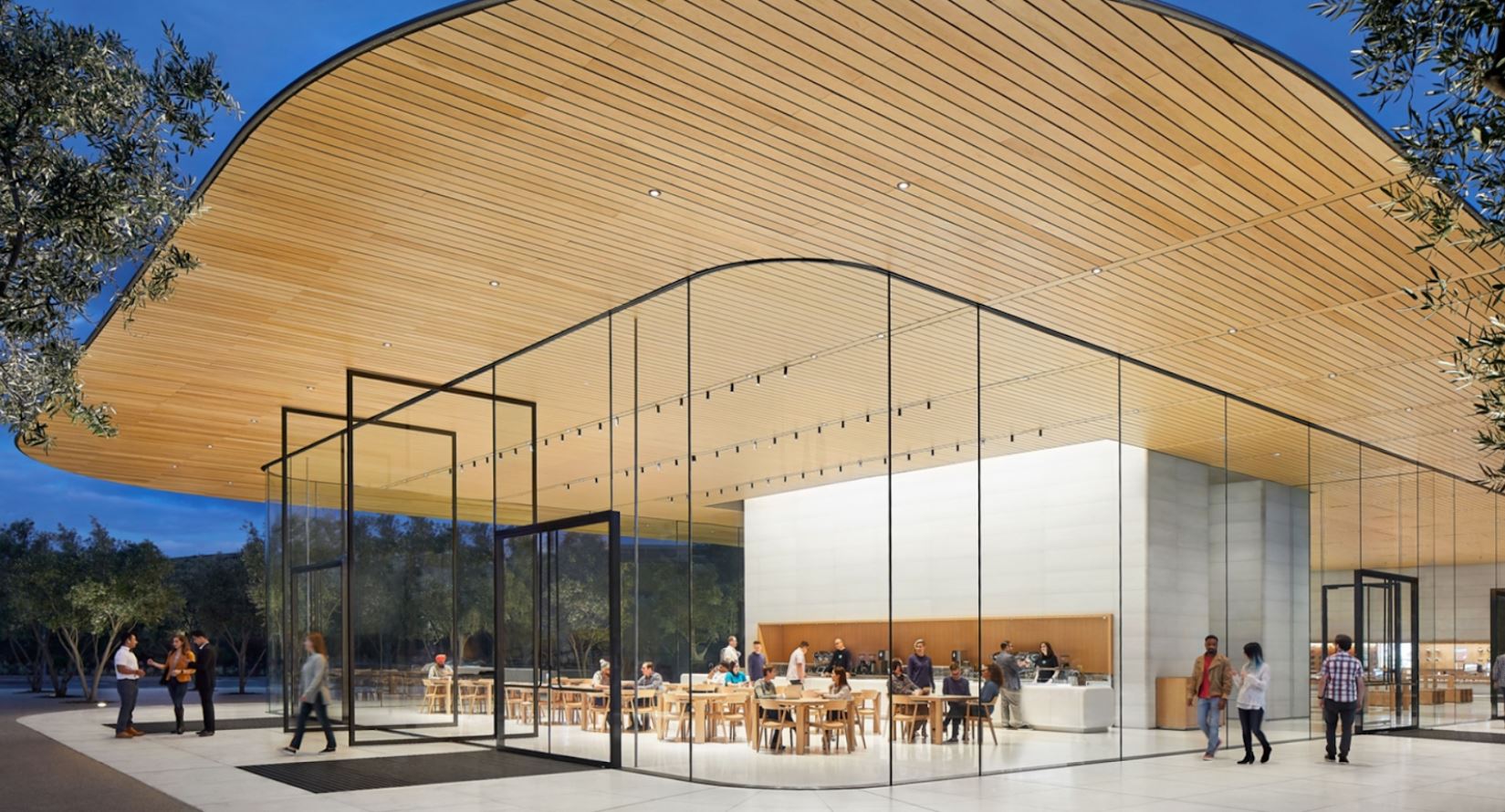 While this may not strictly be an Apple Store, it’s still pretty big and worth mentioning on this list. This exclusive venue in Cupertino sells Apple Park items that you won’t find in any Apple Store across the world. There are two floors and on the second floor, there are great views of the main campus where you can enjoy a cup of coffee. You can also explore Apple Park using Augmented Reality to create a 3D model of the campus.

From London to Shanghai, New York City to Sydney, Apple sure has some of the most beautiful stores in all of retail. Hopefully you enjoyed taking this virtual tour with us. If you visited any these grad design locations, let us know about your experience in the forums.