Apple on Wednesday officially announced the impending release of their Beats-branded Powerbeats Pro Wireless Earphones. The wire-free earphones are totally wireless like the AirPods, but feature up to nine hours of listening time.

Apple says the new earphones will hit shelves in May, and will cost $250. Apple says the Powerbeats Pro deliver “powerful, balanced sound with dynamic range and noise isolation for a premium listening experience.”

Apple tested more than 20 configurations to arrive at an “ergonomically angled housing” designed to nest “comfortably in the concha bowl of the ear with an off-axis nozzle.”

“Powerbeats Pro is a harmonious blend of premium sound, fit and functionality. Powerbeats are already the #1 fitness headphones in the world and they are now untethered, with all the benefits of the Apple H1 chip,” said Luke Wood, president of Beats. “No longer do you have to choose between performance and practicality–it delivers the best on both fronts.”

Physical controls on each earbud include dedicated volume control buttons, a button for answering and declining incoming phone calls and changing the current music track. Just like Apple’s AirPods, the new earbuds detect when they are in a user’s ears and can play/pause music accordingly. 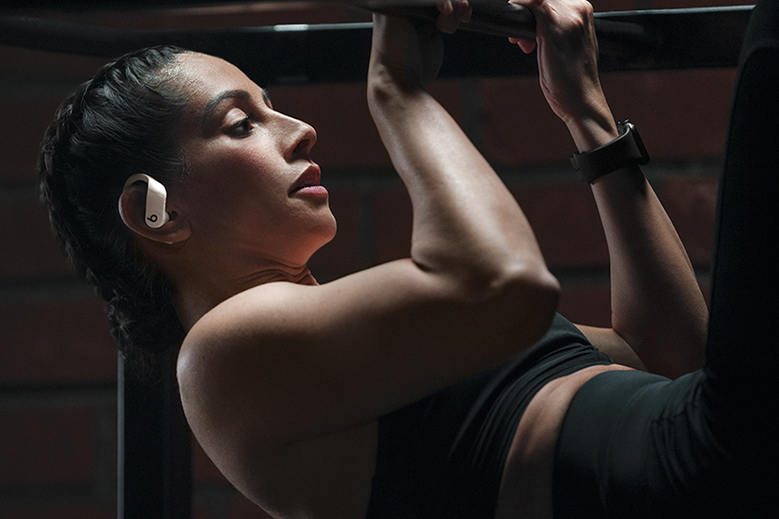 The Powerbeats Pro use Class 1 Bluetooth technology” for extended range and fewer dropouts. The buds use the same H1 chip that’s in the second-generation AirPods.