The gaming industry in France is expanding. and France has been able to capitalize on this boom as a consumer and producer. Assassin’s Creed, for example, is a best selling game that was published by a French company. Many app developers have followed this lead by producing great games for mobile devices, particularly Apple Apps.

Who is Gaming in France?

There are over 36.5 million gamers in France. This constitutes nearly half of the population. What’s more, France has a unique relationship with gaming in that, unlike many other countries, the gamers in France are not easily broken up into one demographic or another; identified gamers come from all age groups and genders. What varies within those 36.5 million gamers is what types of games are most popular. For example: traditional video games remain the most actively played games for children between the ages of 10 and 14. Women and men are playing online games and gambling in equal amounts, with nearly half of players spending time every day, amounting to about 9 hours per week, playing a game on their phone or tablet. 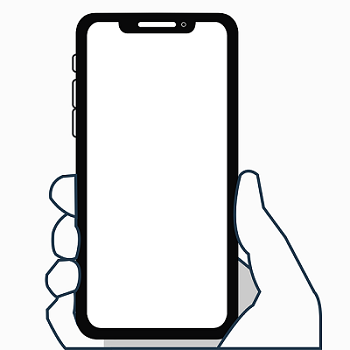 Video gaming is now one of the most popular activities for French citizens, who used to spend their downtime playing video games but since the pandemic, have turned toward games for entertainment value, gambling opportunities, and socialization. Digital games have provided socially distanced ways for friends and family to engage with one another, playing challenging and educational games, sports based games, or highly action packed shooter games. The popularity has pushed gaming revenue projections for France to 3.8 billion dollars by 2025.

Of the many games available on Apple Arcade, some of the top selling games are the same as many other countries around the world.

Playing on mobile devices accounts for 80% of video gaming in France, meaning more gamers are using their iphones to play games than consoles.

Apple Pay has made it easy for players and gamers from all demographics to buy new games, make in store purchases, and enjoy casino style entertainment. With Apple Pay deposits at French online casinos, for example, players don’t need to pay the entrance fee in Paris to enjoy a table game at one of the top casinos. Instead they can access the same famous roulette iterations for which France is so well known from mobile phones or laptops. Payments are easily transacted online and growing in popularity with support from Banque Populaire, Carrefour Banque, Mastercard and Visa, and Caisse d’Eparge, all of which are among the most popular banking systems in the country.

Given the rise in these games, it is easy to see why Apple has continued to grow within France’s borders. Apple game developers have put a lot of work into developing new games to offer during the pandemic to meet this growing demand. The Apple App Store has helped small businesses throughout the world, particularly across European countries. It continues to facilitate billions of dollars worth of sales ($643 billion in 2020) for businesses using Apple Pay, and developers who have applied their passion and creativity toward keeping people connected and entertained.

Developers have worked hard to reimagine online gaming on iPhone as well as iPhone online gaming under the auspices that apps have changed the lives of French citizens during the pandemic for the best; apps have proven their resiliency in any economic conditions, offered ways to deliver food, provide education and entertainment. To that end, Apple gaming designers have focused on an expanding array of games that are not just entertaining, but thematic and educational. IPad gaming France based is a world of innovation.

Overall it is easy to appreciate that video game growth and mobile gaming opportunities have risen around the world in the wake of the pandemic, but this has resulted in multiple opportunities for game developers to launch new entertainment with Apple apps and for companies like apple to utilize the Apple App store to better facilitate in-game purchases and the growth of game based entertainment.