The rare historical object will go up for auction on May 16 as part of an online-only sale by British auction house Christie’s. 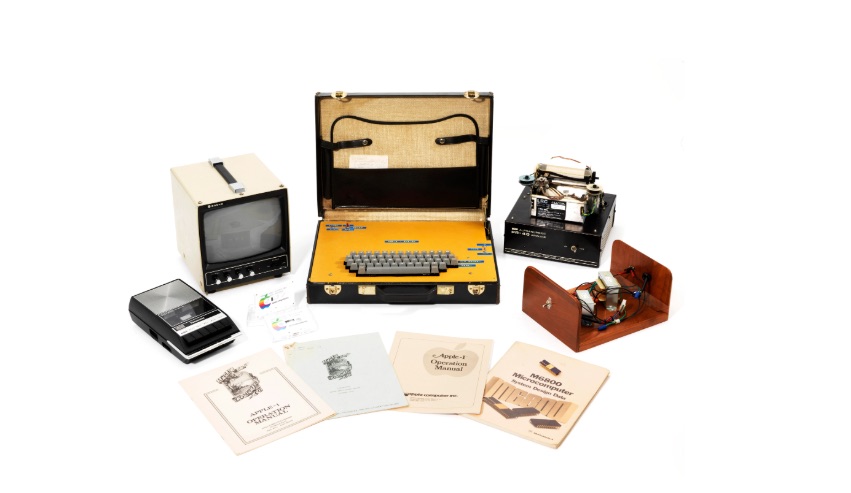 The hand-built board – assembled in 1976, and believed to be part of an original batch of Apple-1 units sold through Mountain View, Calif., computer store Byte Shop – is housed in the bottom section of a briefcase, and is hidden by a Datanetics keyboard.

Christie’s says the Apple-1’s provenance is as follows:

Of approximately 200 Apple-1 boards that were manufactured, only 80 units are known to still be hanging around.