During testing, PCMag employees drove through 30 cities in 25 states across the United States, running over 60,000 mobile speed tests. The tests were conducted using Samsung Galaxy S10 devices on the AT&T, Sprint, T-Mobile, and Verizon mobile networks. 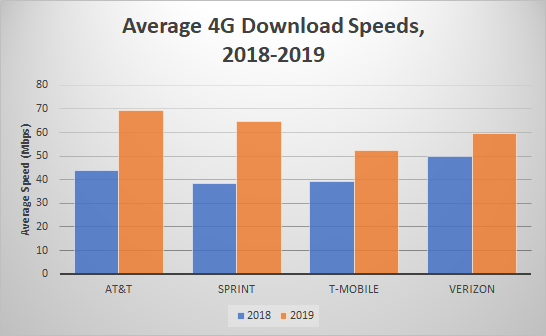 AT&T edged out Verizon, which was the winner for the past five years, thanks to its focus on improving its network to prepare for 5G technology. All four networks showed improvement in both speeds and reliability over the previous year. AT&T’s improvements to their 4G network have been promoted as “5GE,” but it’s really just faster 4G LTE technology. 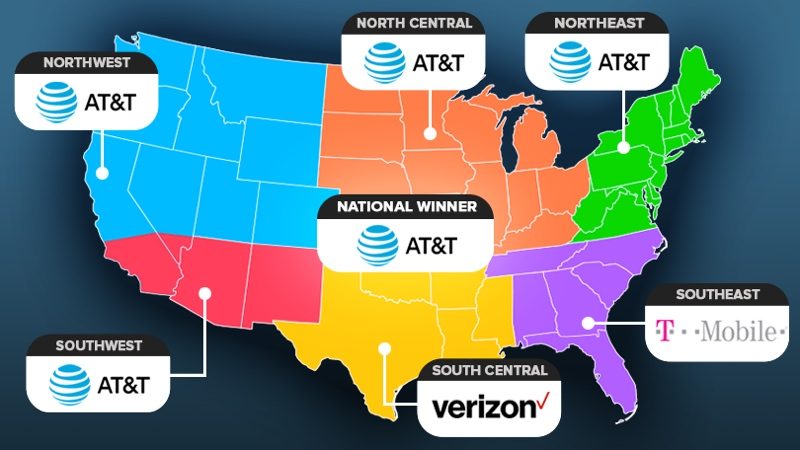 AT&T won or tied for first place in 15 of the 30 cities tested, and tied or won in all rural regions. The carrier won top honors in the northwest, southwest, north central, and northeast regions, while Verizon took the top spot in the south central region and T-Mobile won the southeast region.

PCMag says this year is the last it will test only 4G wireless networks, thanks to all four of the carriers beginning to rollout 5G service. The full results of the PCMag 2019 mobile carrier faceoff is available on the PCMag website.