Apple today unveiled watchOS 6, which offers Apple Watch users a better way to manage their health and fitness, and offers dynamic new watch faces and the ability to download apps from the App Store directly on the Apple Watch.

A new Cycle Tracking app offers women the ability to log information about their menstrual cycles and see the predicted time of their next period and fertile window using their Apple Watch. Information will be available about current period, flow, symptoms, results from ovulation prediction kits and other elements of fertility tracking. The new Cycle Tracking feature is also available in the Health app on iPhone with iOS 13. 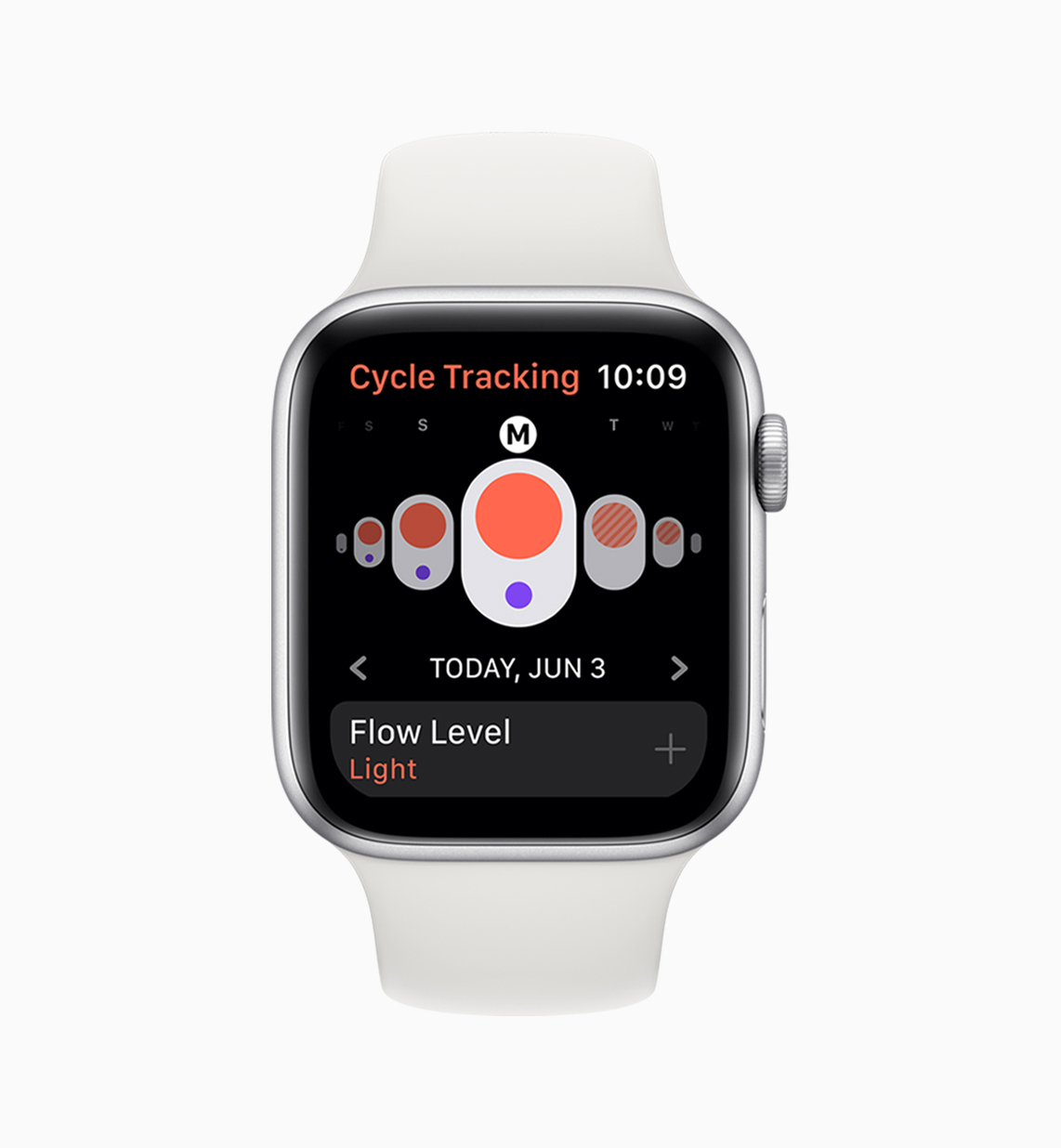 The new Noise app is designed to help users understand the sound levels around them, in such environments as concerts and sporting events that could negatively impact their hearing. The app’s decibel meter moves in real time, reacting to the changes in sound level. The Watch can notify users if the decibel level reaches 90 decibels, which the World Health Organization says can begin to impact hearing after four hours per week of exposure at that level.

The Activity app on the iPhone will now give users a long-term view of their activity behavior, helping them to understand their progress. The tab shows whether their activity levels are trending up or down for key metrics such as active calories, exercise minutes, walking pace and others. The app can also provide coaching to help a user get back on track.

For the first time, watchOS allows users to view the Apple Watch App Store directly on their Watch, allowing them to install third-party apps directly from the Watch. Users can search for apps using Siri, dictation or Scribble and view app product pages designed for the watch screen right from the wrist. Developers will be allowed to build Apple Watch-only apps, which will work without a corresponding iPhone app. 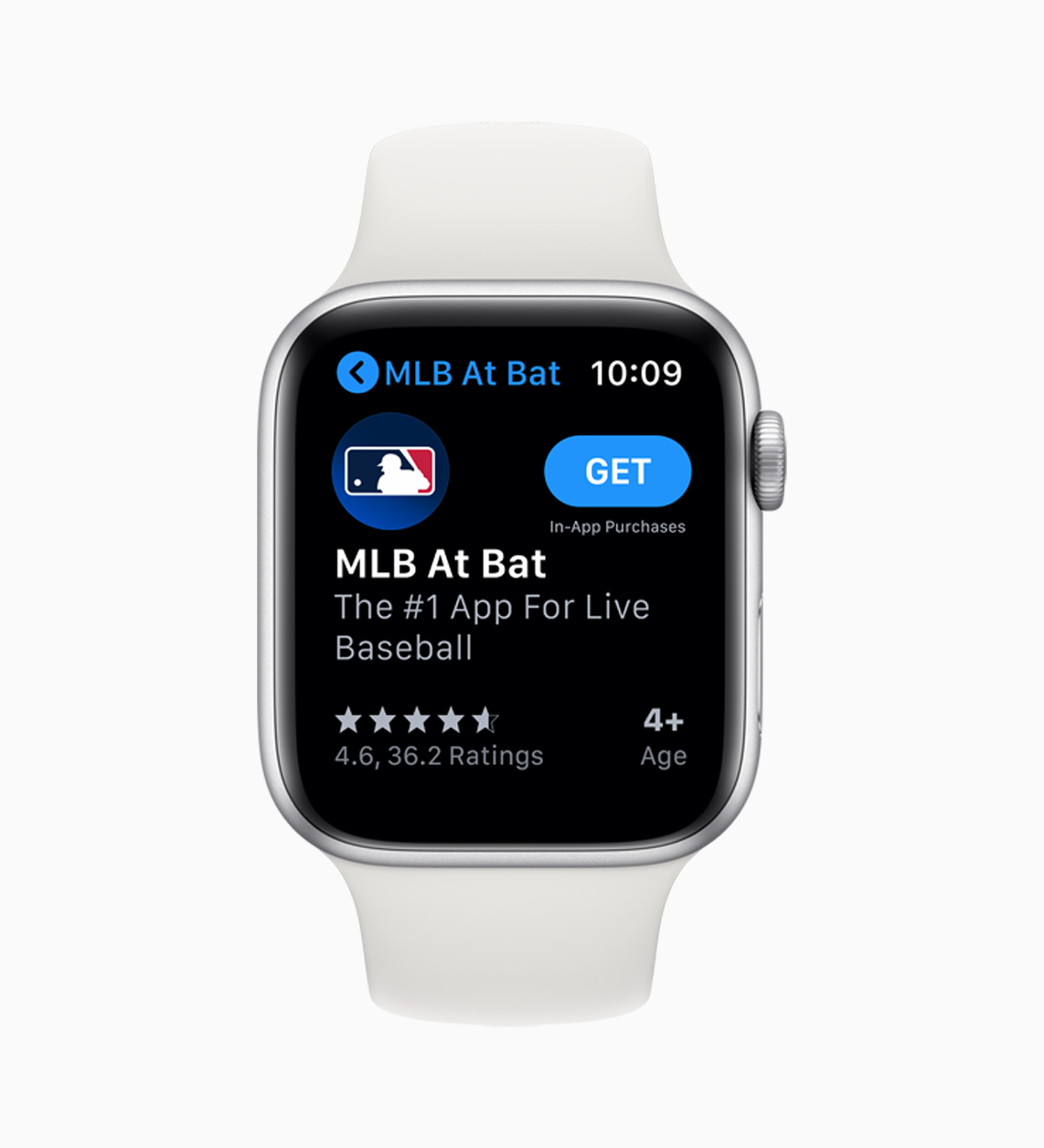 New colors of the Sport Band and Sport Loop in Canary Yellow, Dragon Fruit and Cornflower are available beginning today, along with a new Pride Edition Sport Loop with a donation being made to the following LGBTQ advocacy organizations: Encircle, Gender Spectrum, GLSEN, ILGA, PFLAG, the National Center for Transgender Equality and The Trevor Project.

watchOS 6 requires iPhone 6s or later with iOS 13 or later, and one of the following Apple Watch models:

Not all features are available on all devices.