Apple on Thursday sent out invitations to the media for its annual iPhone event, which will be held on Tuesday, September 10 at 10 a.m. Pacific Time at the Steve Jobs Theater at the Apple Park campus.

The invitations sent to lucky members of the media feature the tagline: “By innovation only,” and feature a colorful Apple logo created of translucent colors in shades you don’t normally associate with Apple. 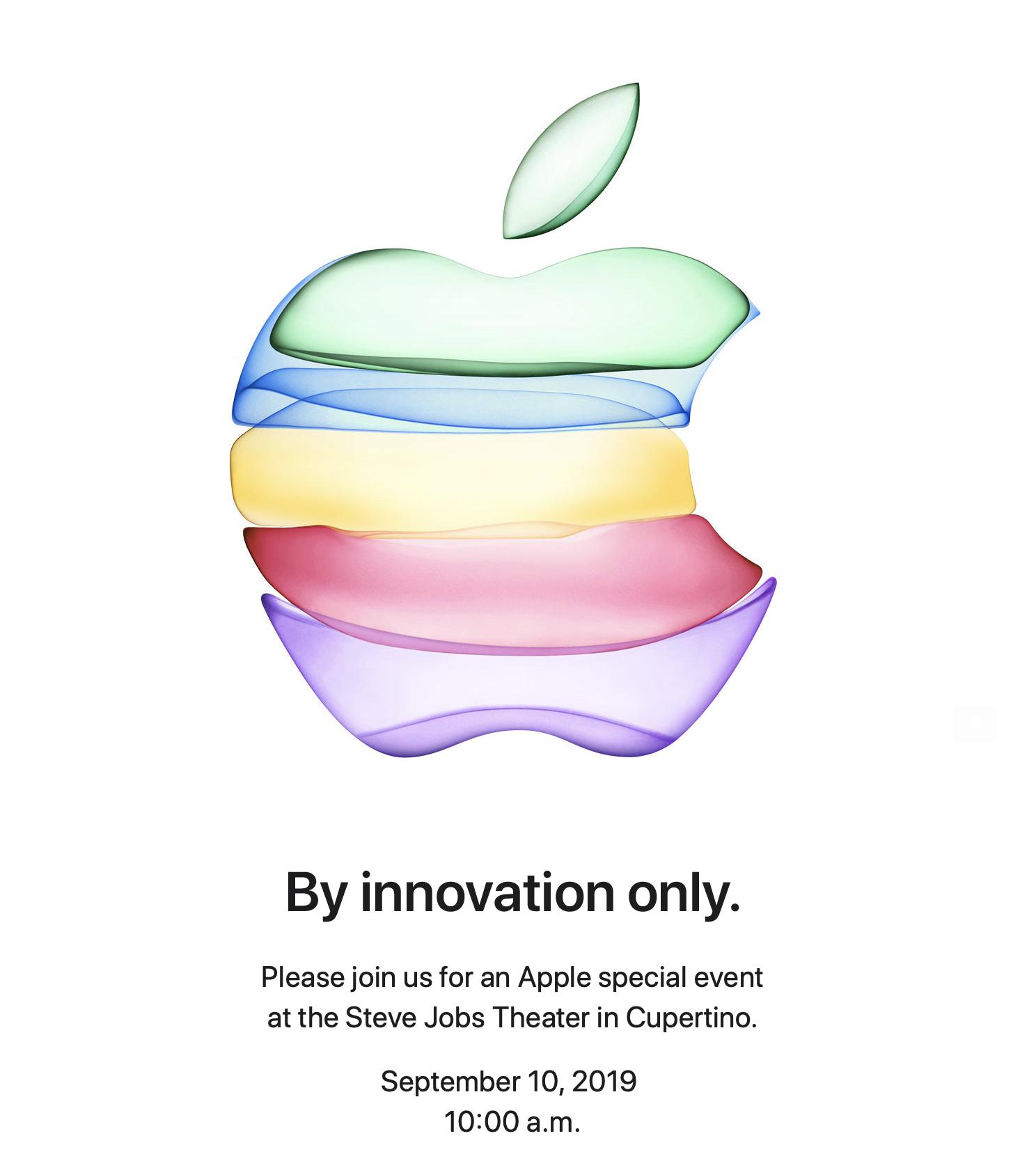 The announcement confirms a September 10 date that was widely expected, especially after a reference to the date was found in iOS 13 beta 7.

The two new OLED models are expected to boast a triple-lens rear camera setup, arranged into a square bump. The lens array is expected to include a telephoto lens, a wide-angle lens, and a new super-wide angle lens.

The new lens setup is said to allow users to capture a wider field of view, and will also bring improvements to low-light images. The 6.1-inch iPhone is expected to offer a dual-camera setup, which is a bump up from the iPhone XR’s current single lens setup.

On the front side, an improved version of Face ID is expected, working from more angles, but the display notch will hang around for another year.

Also believed to be on the way to the new iPhones is a new matte finish, and the new handsets are also said to boast better shatter and water resistance.

3D Touch is expected to make an exit, to be replaced by the haptic feedback system that first debuted on the iPhone XR.

Bilateral wireless charging, a bigger battery, and a new A13 chip are some of the other spec bumps that are expected with the debut of the new iPhones.

A new Apple Watch could also debut at the fall shindig, but it’s looking more and more like the new wearable will be a minor update, perhaps limited only to new ceramic and titanium models.

While it is widely expected that Apple will soon debut a new 10.2-inch iPad, new iPad Pro models, and a new 16-inch MacBook Pro, it isn’t for certain if Apple will unveil them at the September event, or a bit later down the line.

Apple will stream the event live on its website and on the Apple TV at 10:00 a.m. Pacific Time. As usual, we’ll be reporting on all the fun. So, stay tuned.