Jobs is said to have signed the poster sometime after the 1995 debut of “Toy Story.” The movie was Pixar’s first feature-length film, securing Pixar a solid reputation as a major animated film studio. 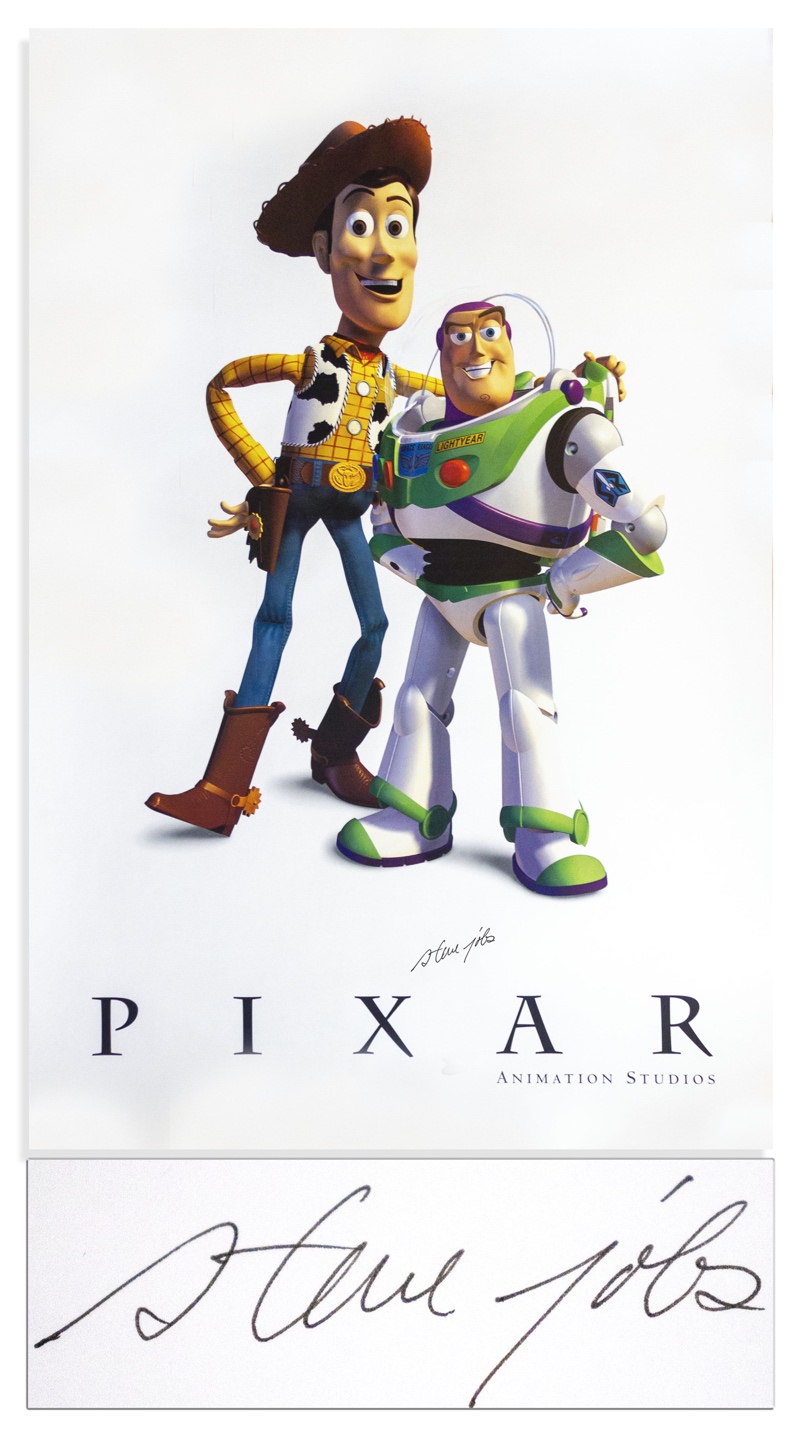 The poster measures in at 24-in by 36-in and Jobs’ signature is at the bottom near the Pixar logo.

Extraordinarily scarce Pixar Animation Studios poster signed by its co-founder Steve Jobs, sometime after 1995 when ”Toy Story”, the first computer-animated feature film, debuted. Jobs’ legendary vision is evident in his backing of Pixar, whose potential was immediately realized in the success of ”Toy Story”, earning three Academy Award nominations, breaking box office records and securing its reputation as one of the finest animated movies of all time. Poster measures 24” x 36”, signed by Jobs in black fiber-tip marker. In near fine condition. With JSA COA.

Jobs was a majority shareholder in Pixar. He was credited as an executive producer for the popular animated film. After Pixar was acquired by Disney, Jobs served as a member of the DIsney board of directors. He was the company’s largest individual shareholder.

Bidding will begin at $25,000 on August 29. The item includes a letter of authenticity.