tvOS 13 beta testers and developers running the GM on their Apple TV have begun to report the gaming service is showing up on their boxes. However, it isn’t clear whether the service is rolling out to all Apple TVs running the tvOS 13 GM, or just to devices in certain locations.

It has shown up on my Apple TV 4k, I’m located in the southeastern portion of the United States.

The Apple Arcade interface on Apple TV is optimized for use on television screens, and offers a “Try it Free” button for users that haven’t yet signed up for the one-month free trial. 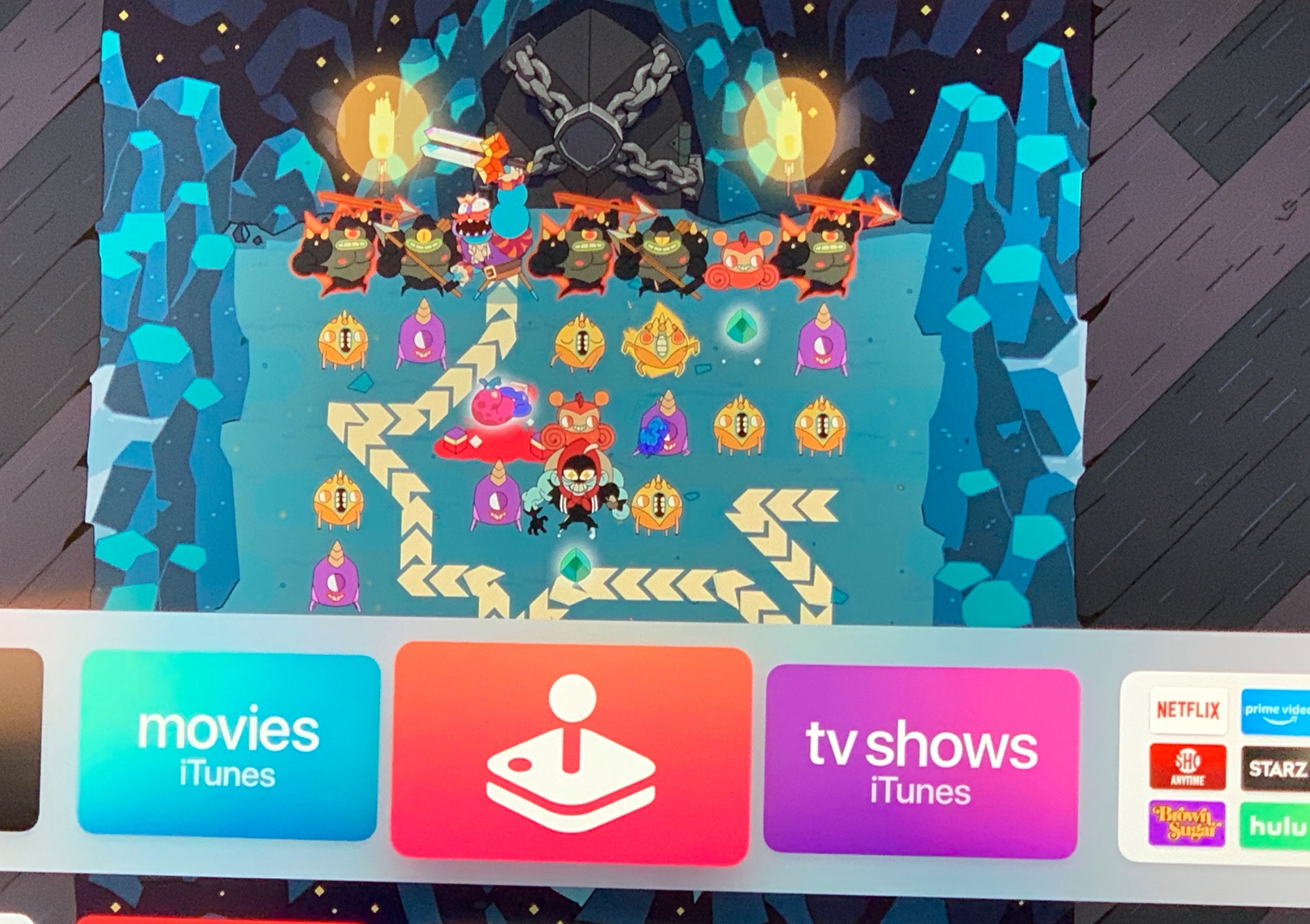 The service supports playing on multiple platforms, and players will be able to start a game on another device, then swap over to the Apple TV to continue playing the game without losing your spot in the game.

Apple Arcade games support Made for iPhone controllers as well as PS4 and XBox controllers, so users won’t be required to use the Apple Remote to play games.

The game subscription service had around 50 games available when it rolled out last week, but more titles have been released over the last week. Apple says over 100 games will be available in the coming weeks.

Apple Arcade is $4.99 per month and allows up to six family members to access games via Apple’s Family Sharing feature. The service is publicly available only on the iPhone, but will roll out to the iPad and Apple TV when iPadOS and tvOS 13 are released to the public today, September 24. The service will launch on the Mac in October.