Apple has posted the first installation statistics for iOS 13 adoption. The new operating system debuted to the public on September 19th for the iPhone.

Apple shared the installation numbers with developers on Thursday, via their App Store Developers page. Apple reports that ‌iOS 13‌ is installed on 55% of all iPhones introduced in the past four years, and 50% of all iPhone devices. Those figures are measured by App Store device activity. 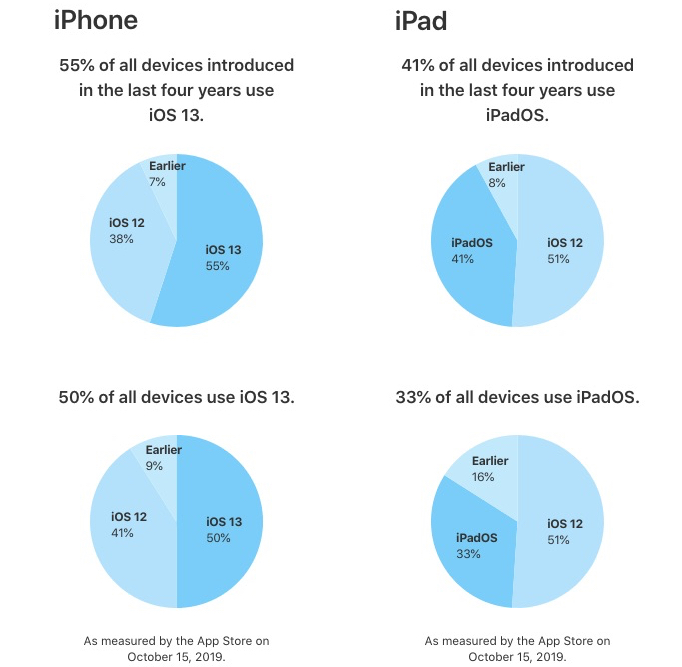 The adoption rate for iOS 13 is approximately the same as iOS 12 adoption last year at the same point, which hit 53% of active devices, although in a slightly shorter timeframe and in a bit different device breakdown.

This is the first year iPadOS was available for Apple’s iPad lineup, iOS 13 and iPadOS launches were staggered slightly this year. Apple says 41% of iPads made in the last four years are running iPadOS, while 33% of all active iPads are running the new iPad operating system.