Pixelmator Photo 1.1 provides full compatibility with iPadOS, taking full advantage of the improvements to the iPad’s Files app. Pixelmator Photo can now be used to edit images from external locations, including an external drive, SD card, or USB drive, or file servers. 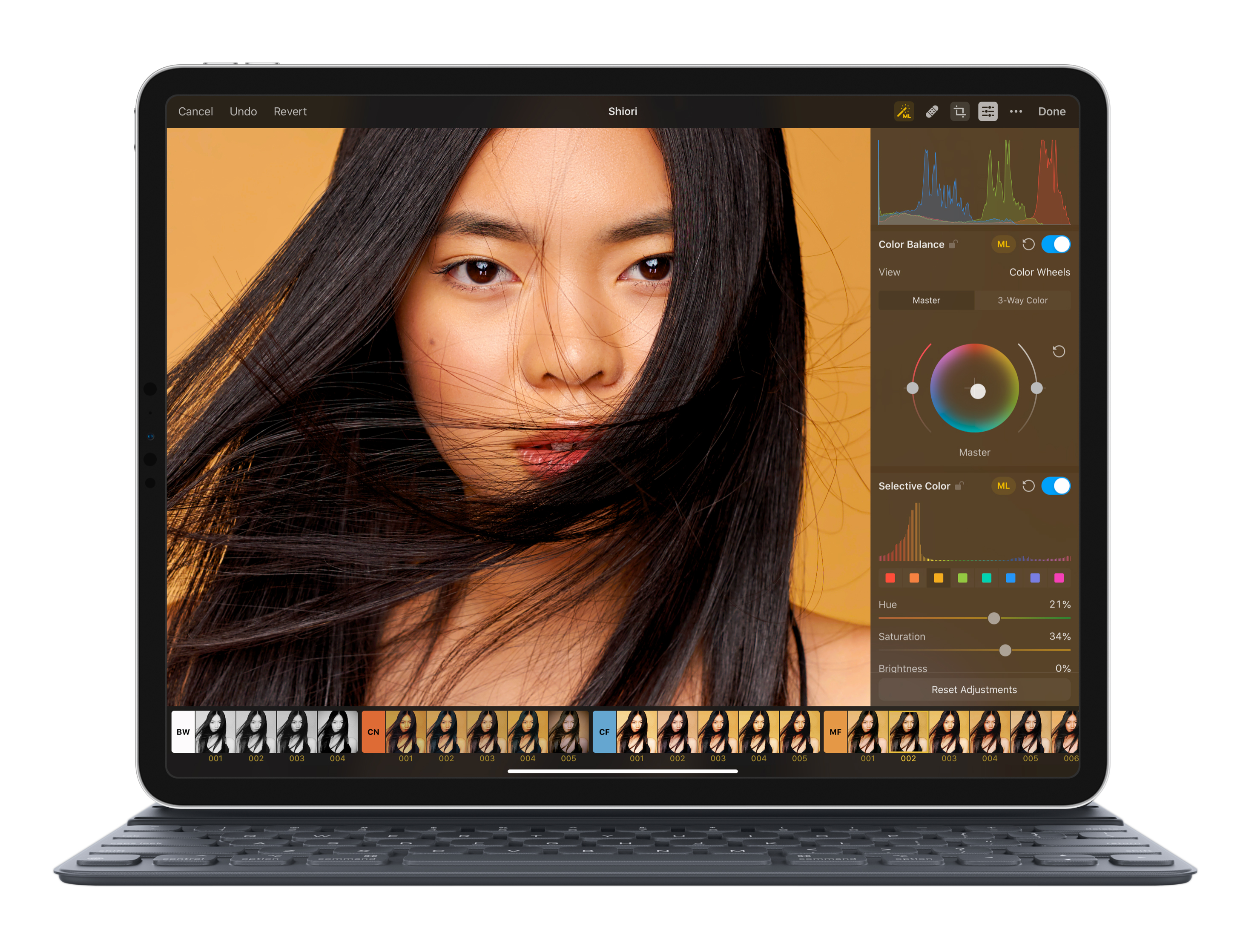 New features and improvements include:

• iPadOS 13 Support: Enjoy support for iPadOS 13 and the new and improved Files browser as well as support for external storage locations.

• Batch Editing: Take advantage of batch editing to automatically edit an entire photoshoot on your iPad with just a few taps.

• All-New Workflow: There are huge (gigantic, even) workflow improvements — you can now edit photos in place in your Photos library or the Files app without having to import them.

• To start batch editing, select multiple photos and tap ‘Batch’ in the toolbar.

• Use every machine learning-powered feature in Pixelmator Photo in your workflows.

• Experiment with a range of readymade batch editing workflows and easily create your own.

• Turn off Export to batch edit images in place in your Photos library and the Files app.

• This means you can now manage all your edits in your Photos library without having to import images.

• Instead of ‘< Photos’, you’ll now see much more logical Cancel and Done buttons in the Pixelmator Photo toolbar.

• If you’d rather not save any nondestructive changes while still editing images in place, you can switch to destructive editing in the Pixelmator Photo section of the Settings app.

• You can now delete photos or revert to the original directly in the Pixelmator Photo browser.

• The Recents album in the Pixelmator Photo browser should now mirror the contents of your Camera Roll (or All Photos or Recents albums, depending on which one you have).

• The new floating keyboard in iPadOS 13 was not working correctly. Fixed.

• Tapping to open a document multiple times while it was still being opened would sometimes cause the app to quit unexpectedly. Fixed.

• Sometimes, alerts would not be shown after importing an adjustment preset. Fixed.

Pixelmator Photo 1.1 is available for iPad and iPad Pro devices for $4.99 in the App Store. [GET IT HERE]