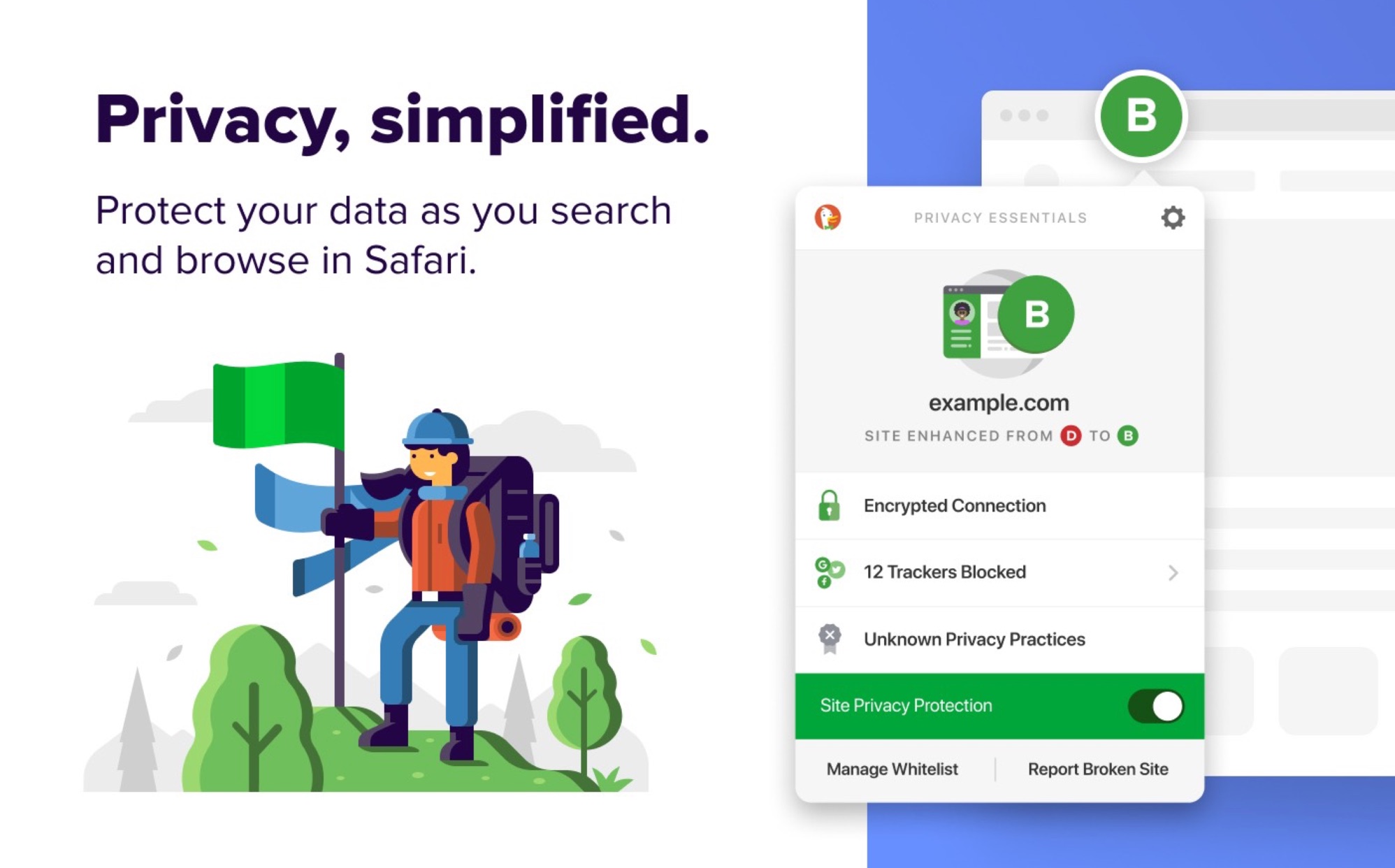 DuckDuckGo Privacy Essentials is an extension for Safari that aims to block third-party trackers hidden on websites, such as those used by advertisers, which are used to collect data and build a profile of the user. While the blocker is developed to protect users right after installation, DuckDuckGo advises it is possible to whitelist sites of a user’s choosing, for example, to fix issues with session management for some online venues.

The add-on also includes a Privacy Dashboard, which explains how privacy is being enhanced for a site by the extension, as well as showing a “Privacy Grade” for each site.

While Privacy Essentials was previously offered for Safari, it was dropped from distribution for the browser due to “major structural changes in Safari 12” implemented by Apple. New functionality in Safari 13 allowed for the return of the extension. The Smarter Encryption feature of earlier versions hasn’t yet made a return, though it is hoped to be reintroduced in the future.

Users can download DuckDuckGo Privacy Essentials from the Mac App Store, it requires macOS 10.15 or later to function.