A Mondly: Lifetime Subscription will get you fluent with the language of your choosing, using state-of-the-art speech recognition. App Store: 4.7 out of 5 stars. 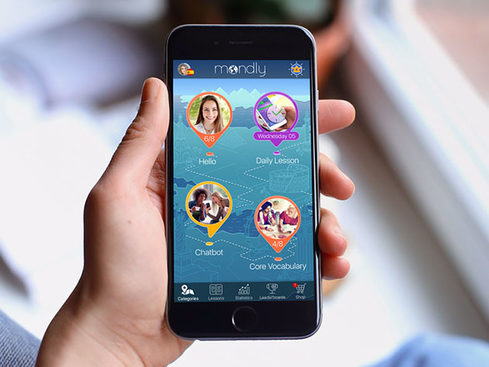 We all remember our old language classes from high school, filled with dry vocabulary and rehearsed sentences that make you come off about as convincing as a gas station burrito. Mondly takes a different approach to getting you fluent with the language of your choosing. Using state-of-the-art speech recognition, Mondly knows how to listen to your words and phrases and only gives positive feedback if you speak clearly and correctly. Combine this with Mondly’s roster of professional voice actors and its conversation-focused curriculum, and you’ll be well on your way to sounding like a true native after working through its fun and quick lessons.

Note: Every user that redeems their subscription will get full free access to Mondly for Kids, which was selected as Best New App by Apple and is an Editors’ Choice on Google Play! Users can access Mondly for Kids on Android and iOS by logging in with the same account. It otherwise costs $9.99/month.
Reviews

Mondly brings language lessons to life right into your living room using Augmented Reality. This almost surreal experience introduces you to a virtual teacher that has the ability to make planets, animals and other virtual creations magically appear into your own environment allowing you to interact with them. Throughout the lessons, the virtual teacher carries humanlike conversations with you, processes what you are saying, offers instant feedback on pronunciation and even replies with a human voice. Available on Android and iOS!