Remo+ has released the RemoBell S, a great value of a video doorbell with killer features that is compatible with smart voice assistants from Amazon and Google. Upgrading a simple doorbell is a great idea, for both renters with understanding landlords, homeowners, and apartment dwellers. 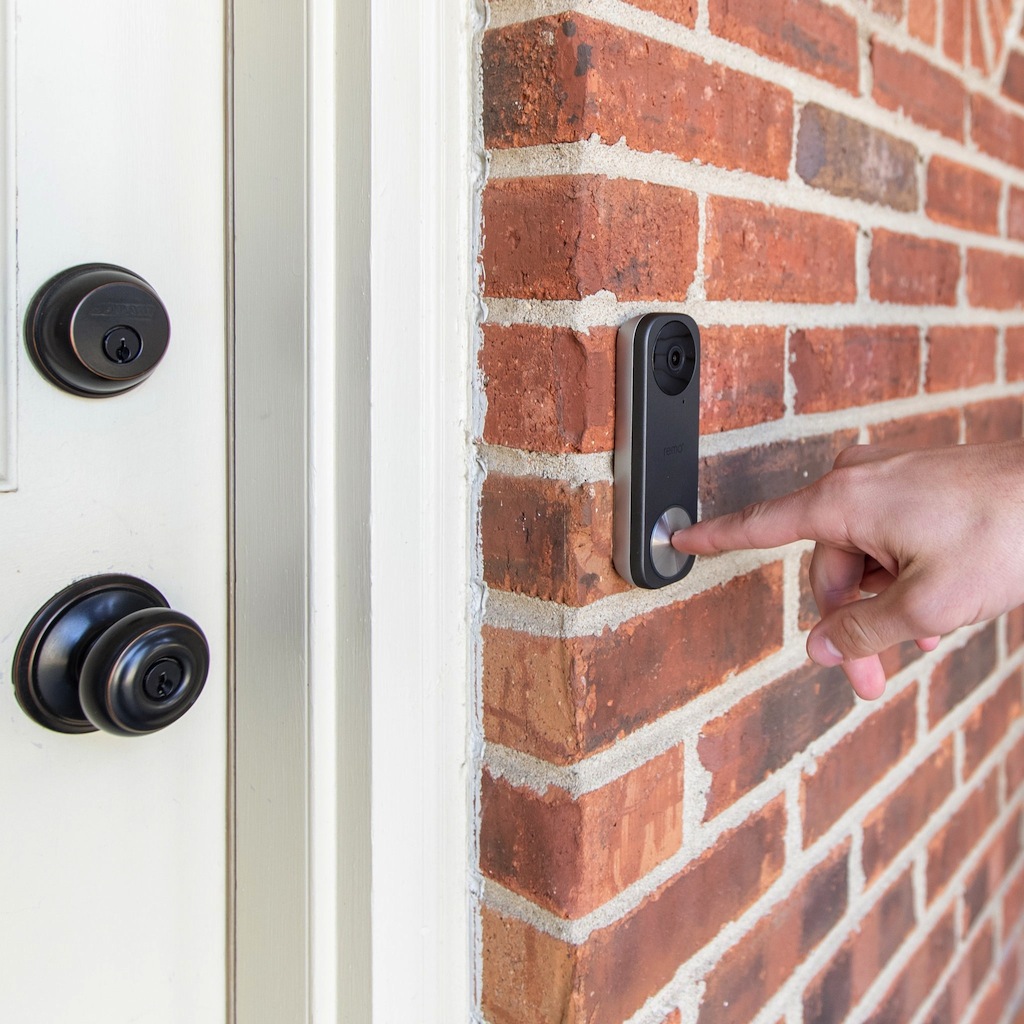 While Remo+ has non-wired options for renters and people in apartments, the RemoBell S is compact and the perfect size to be most effective. At $99 (currently discounted to $79 direct) you get a 180-degree view, video-based motion detection zones, full HD video, cloud storage, and two-way audio.

Wireless doorbells that do not use a hard-wired connection require a battery. In locations like Las Vegas and Minneapolis, internal batteries can be somewhat problematic and wear out faster than normal. The RemoBell S was made smaller and does not stick out as much in a crowded neighborhood as larger models from other manufacturers might. There are some pros and cons with this compact design.

If the power goes out, so does the video recording from the RemoBell S. However, if the router and connection to the Internet were not connected to a battery backup, very few video doorbell solutions would work. The only video doorbell that would work in this scenario is one that has a battery and on-board storage. Beyond that, I prefer smarthome hardware that is directly hard-wired. 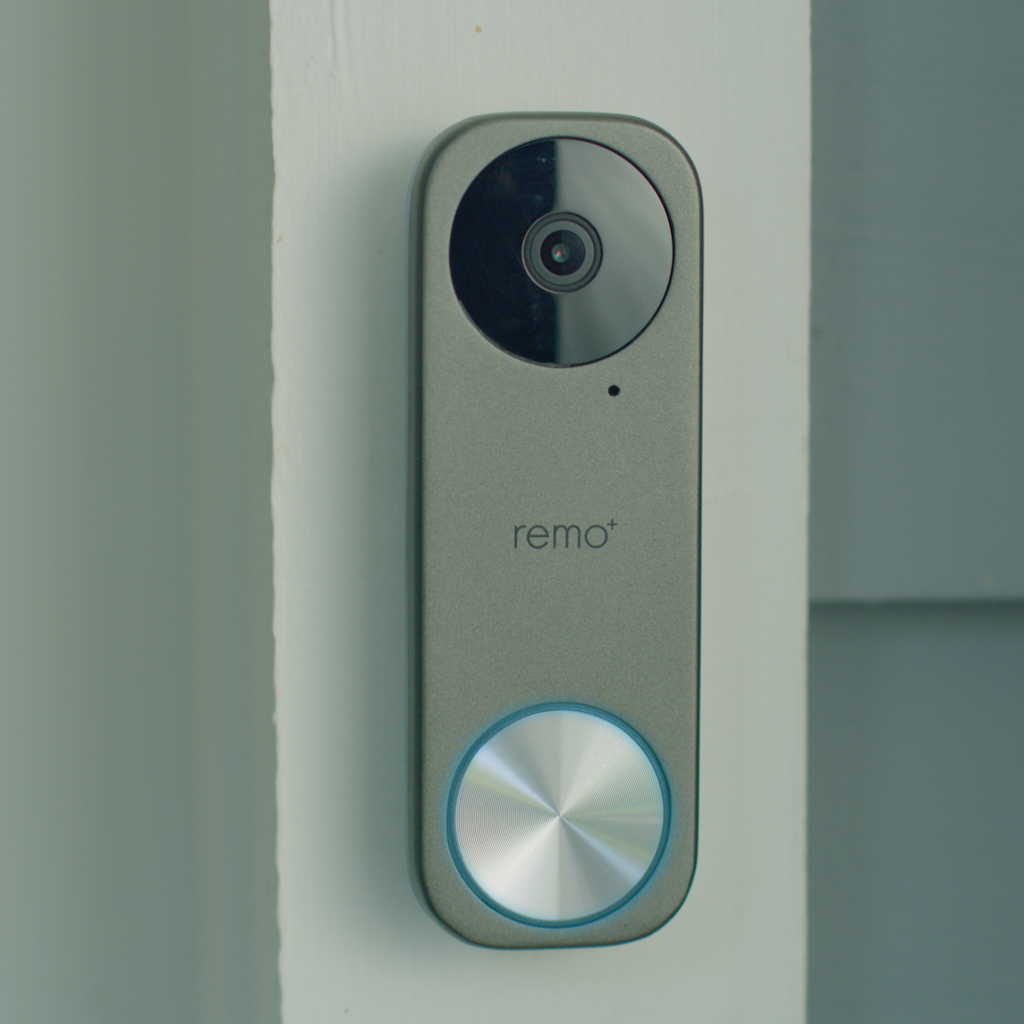 A big pro for the hard-wired RemoBell S is that it will work with existing electronic or mechanical doorbell chimes. Other solutions require an additional wirelessly connected chime, which makes them even more expensive. Fortunately, a solid power source means that the full HD 1080p video should start streaming immediately with two-way audio.

Two infrared LED (IRLED) internal sensors extend its night vision capabilities up to almost 25 feet or 7.5 meters. Its video-based motion detection zones differ from PIR hardware based motion activation by allowing the user to define where and when the RemoBell S begins recording video and sends an alert to your phone.

For example, most video doorbells have a large activation perimeter and passing cars would start an unnecessary motion recoding, you could specify the walkway to the door instead. The later options activates whenever it senses body heat and creates a lot more false positives. I have used video-based motion detection zones, around an entry door with an internal camera system before with great success.

When the RemoBell S is activated from detecting motion, it sends a notification to its smartphone app and the user may immediately begin streaming live video. Remo+ offers up to three days of video cloud storage and free remote video viewing. The company does offer paid cloud plans for longer and more video storage capacity. Live streaming video from the RemoBell S is encrypted and secure. Access to a single RemoBell S can be extended up to five users for family or roommate use. 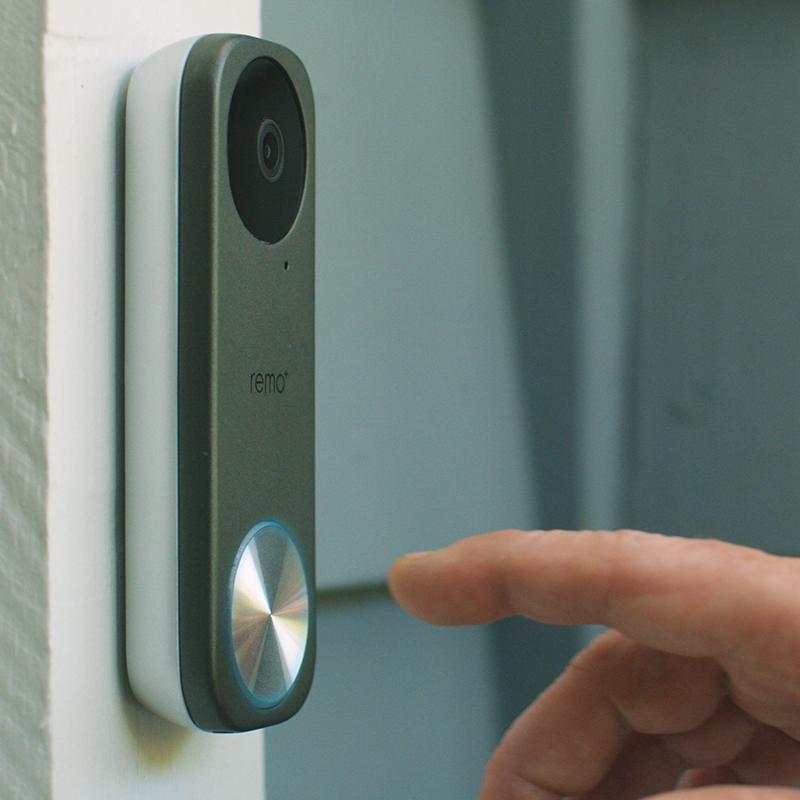 One of the best features of the RemoBell S is that it is compatible with IFTTT, Amazon Echo (Show and audio-only), Google Home smart voice assistants and devices. IFTTT gives the user the option to program simple automated recipes for when the video doorbell is activated.

The 180-degree video produced by the lens of the RemoBell S gives the user a full body view. This is better than the limited angle video from other video doorbells. The extreme viewing angle produces a 1536 x 1536 FHD resolution. This means that the user will see photos with a fish-eye effect. The Remo+ app dewarps live video though.

A single camera with a huge wide-angle view should ensure that owners know exactly where package deliveries are dropped. This is helpful for those that purchase a lot of packages from Amazon via Prime or any other delivery services. Thwarting porch pirate activities is one of the best reasons to get a video doorbell. You can also use it to check that your kids have made it home from school too.

Remo+’s RemoBell S has the feature set and checks nearly all of the boxes for one of the best video doorbells on the market at the $99 (currently at $79 for a limited time) price-point, with full HD wide-angle video views, full two-way audio, free cloud storage and video viewing, live streaming video, definable motion zones, and Google and Alexa smart voice assistant compatibility.

The only additional features I would like in a video doorbell are local video storage and an option to add a backup battery. However, at this price point, hardware feature set, and included cloud storage, I would not hesitate to install it to protect my home.

Disclosure: Product has been supplied at no cost for review. All thoughts and opinions are my own. Photos may be courtesy of manufacturer.