Sensor Tower estimates Christmas Day spending in the App Store and Google Play store amounted to $277 million combined. Approximately $84 million was spent on the Google Play store (year-on-year growth of 2.7%), meaning App Store spending accounted for 70% of the spending between the two platforms.

The total showed an 11.3% year-over-year increase in revenue for the two stores. Christmas Day 2018 saw a combined spending of $249 million. 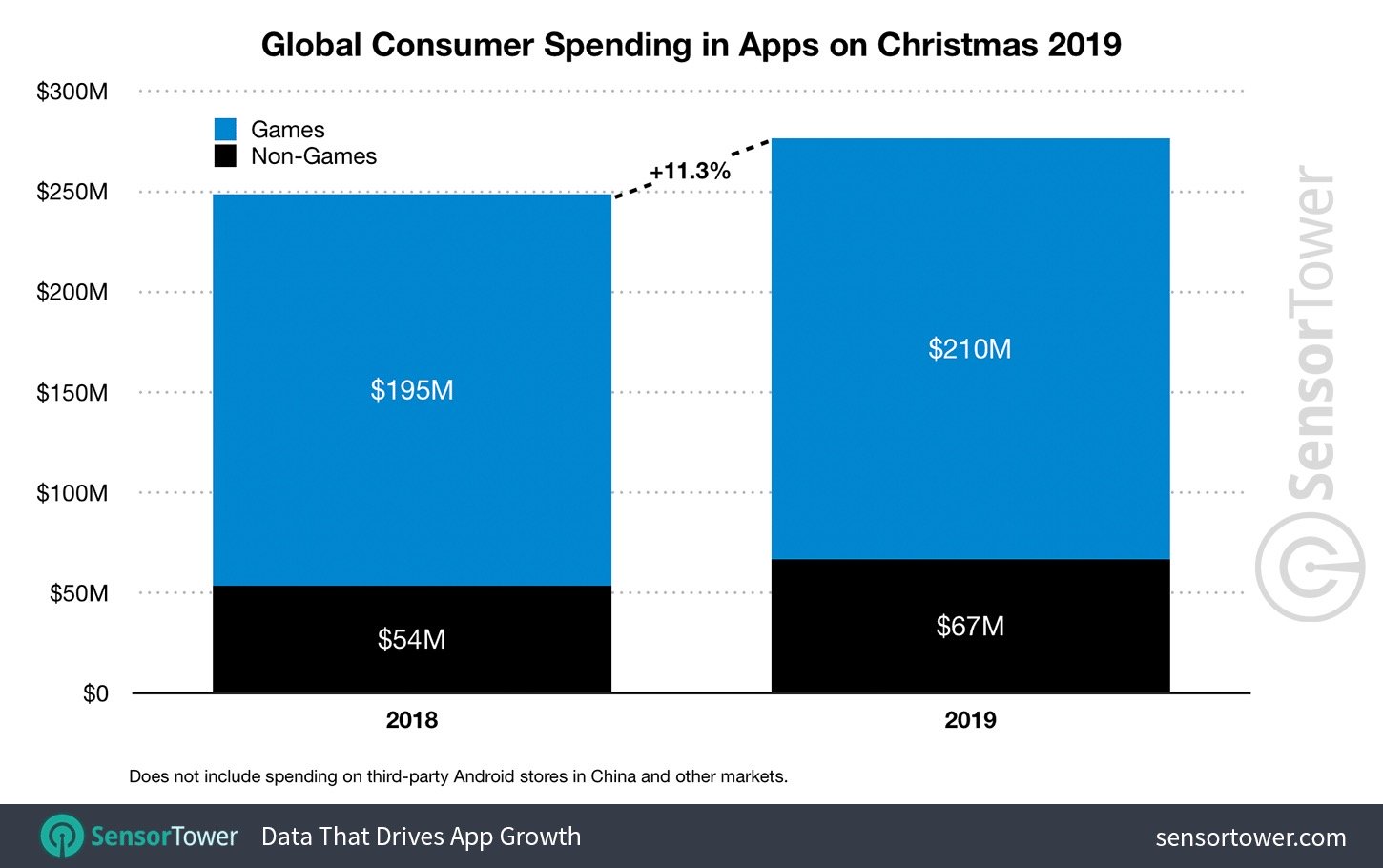 Sensor Tower attributes the increase in spending to the gifting of new mobile devices and App Store and Google Play gift cards. Games were the most popular purchase.

The majority of mobile spending on Christmas, approximately $210 million, was focused on the Games category, which generated 76 percent of revenue across both stores and grew about 8 percent Y/Y from $195 million. PUBG Mobile from Tencent’s TiMi studio led in-game spending with $8.5 million, up 431 percent from the $1.6 million players spent in the game on Christmas 2018.

Other types of apps accounted for around 2% more spending this Christmas compared to a year prior, with an estimated $67 million in revenue. It appears many users were looking for a hookup or two in their stocking, as the top non-game app for overall spending was dating app Tinder, which saw global revenue of nearly $2.1 million.