Asphalt 9: Legends, one of the best-known apps/games that were ported to the Mac from the iPad using Apple’s Mac Catalyst tools, is finally available for download in the Mac App Store.

The app was one of the titles shown off on stage during Apple’s presentation about Mac Catalyst technology during the WWDC keynote back in June.

Although the game was promised to debut alongside the release of macOS Catalina, the app didn’t launch at that time. Gameloft said at that time that Asphalt 9: Legends had been slightly delayed in order to “polish the experience”.

It turned out that numerous developers were reporting issues with using Mac Catalyst to port their iPad apps over to the Mac. 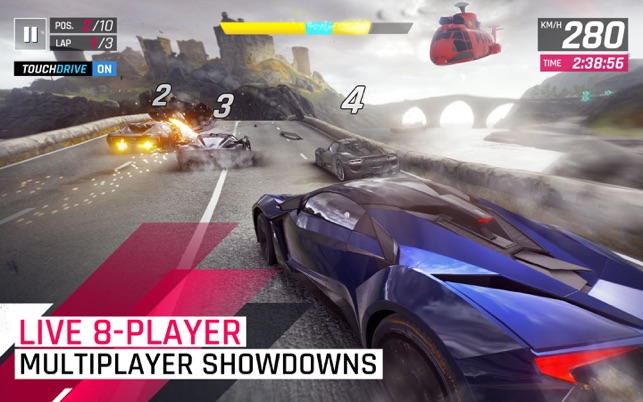 Since the Mac version of the game is a Mac Catalyst app, iOS players that already have the game on their device can pick up the game on the Mac, and pick up right where they left off from the iOS device. (And Vice-versa.)

Gameloft says the game will have content parity across platforms going forward, so both the iOS and Mac versions will be updated simultaneously. The game supports Sign in with Apple for account creation.

Asphalt 9: Legends is now available in the ‌Mac App Store‌ for free, with in-app purchases. [GET IT HERE]