iFixit has performed that teardown voodoo that they do so well on the new MacBook Air, providing a look at the notebook’s new scissor-switch keyboard, as well as revealing easier access to the new laptop’s trackpad and battery.

Arguably, the most welcome new feature of the new MacBook Air for many users is the new scissor-switch keyboard, which replaces the much-hated butterfly keyboard that had a tendency to fail so often that Apple was forced to implement a keyboard repair program. 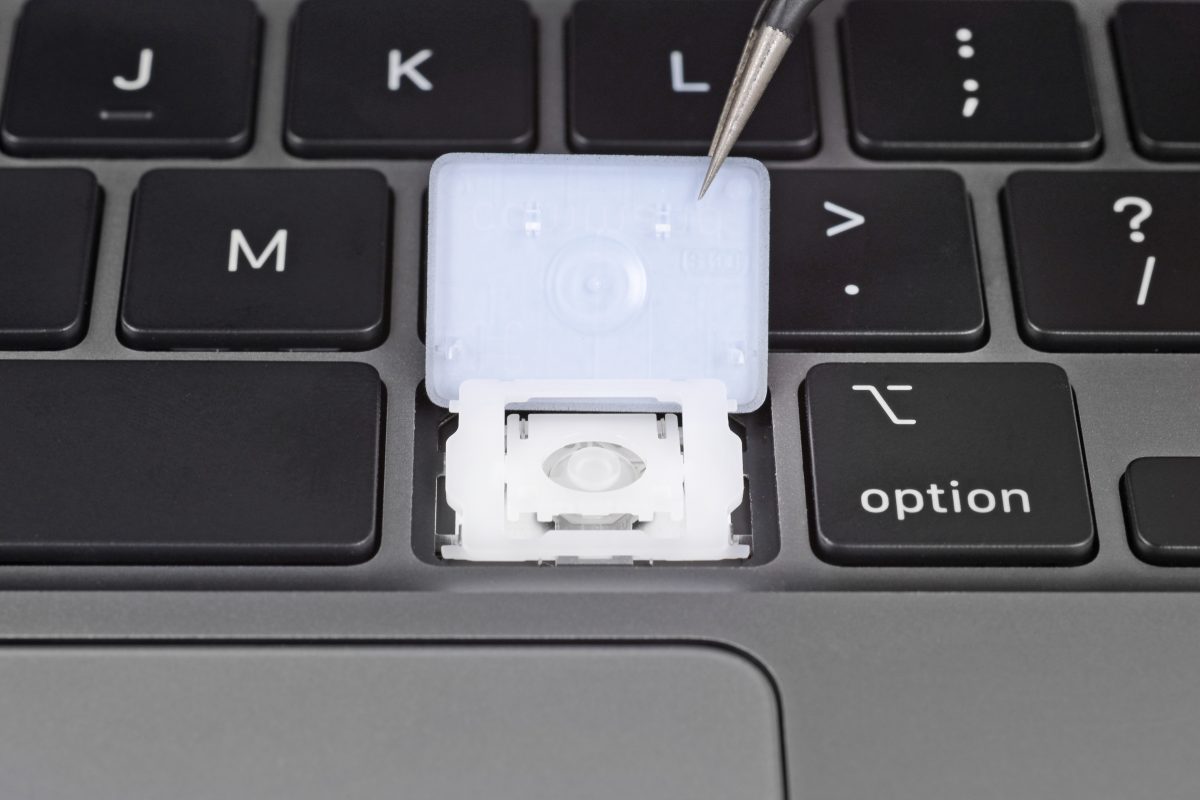 The scissor-switch keyboard is the same mechanism that first debuted in the 16-inch MacBook Pro. Apple has plans to expand the use of the new keyboard across the entire MacBook lineup. The new keyboard mechanism adds ever so slightly to the thickness of the MacBook Air, which now measures in at 0.63 inches at its thickest point, up from 0.61 inches in the prior model. The new MacBook Air is also slightly heavier at 2.80 pounds instead of 2.75 pounds.

In addition to a new keyboard, the iFixit teardown revealed a larger processor heatsink and a new cable configuration between the logic board and trackpad that makes trackpad and battery repairs a bit easier to perform. Previously, the trackpad cables were trapped under the logic board, but now, iFixit says, “they are now free to be disconnected anytime – meaning trackpad removal can happen as soon as the back cover comes off.” 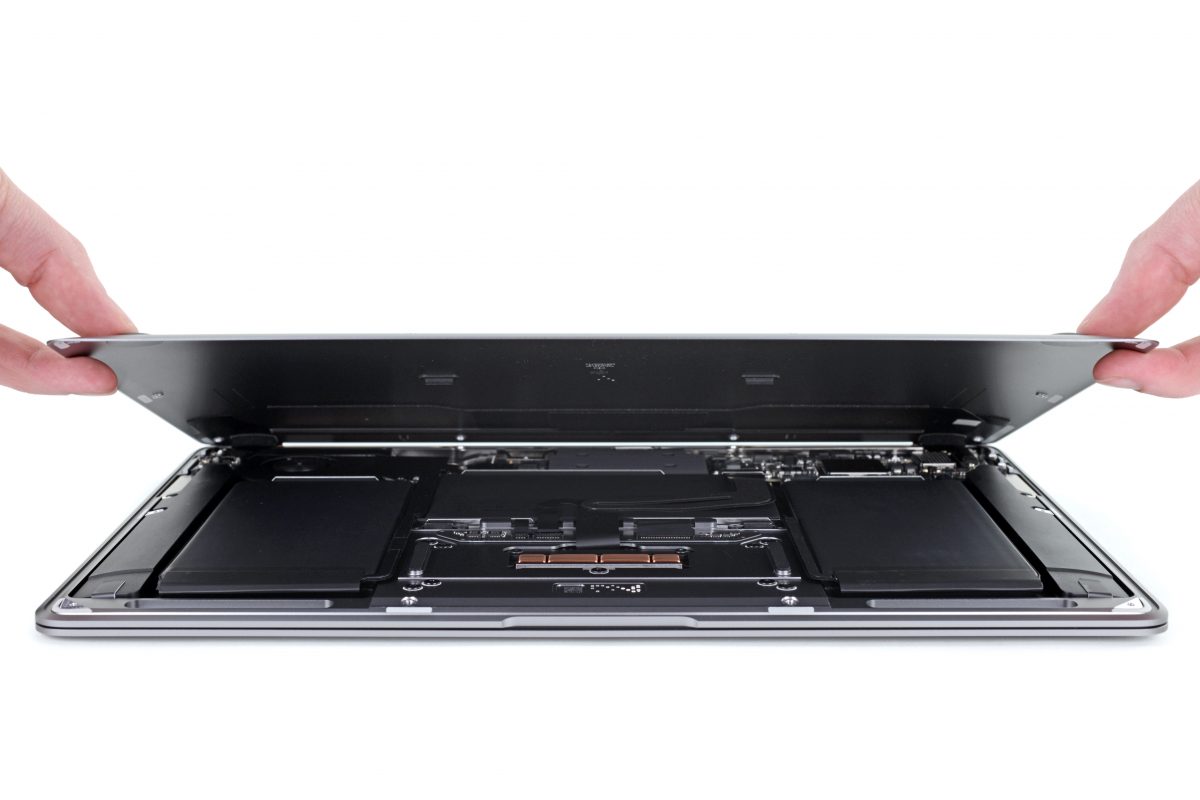 The battery model number and specs are the same as last year’s model, and Apple uses both pull-tab adhesive and screws to hold the speakers in place in the new model. The SSD and the RAM continue to be soldered in place and cannot be upgraded.

iFixit gives the new MacBook Air a repairability score of 4 out of 10 for easier access to the trackpad and battery, as well as easy modular access to fans, speakers, and ports. While the keyboard is now more durable, it is still integrated into the MacBook Air’s top case, which means a full teardown is required if the keyboard does require servicing.

You can see the information about the MacBook Air teardown at the iFixit website.