Noted leaker Jon Prosser has shared a set of images on Twitter that appear to be schematics of Apple’s upcoming “iPhone 12.” The drawings show a slimmer front face notch than the one sound on current Face ID-equipped iPhones.

The first image shows what appears to be a photo of a CAD illustration, similar to those that have leaked from Apple’s supply partners in the past. The second image is similar to the first drawing and provides details of the hardware to be housed in the notch.

The smaller package is achieved by placing the TrueDepth camera’s light and proximity sensors in a more central position within the array, while the device’s speaker is sitting above them in the bezel of the handset instead of between them.

While the iPhone’s microphone isn’t shown in either image, Prosser claims the mic is actually located next to the speaker and isn’t labeled simply to put the emphasis on the other hardware. 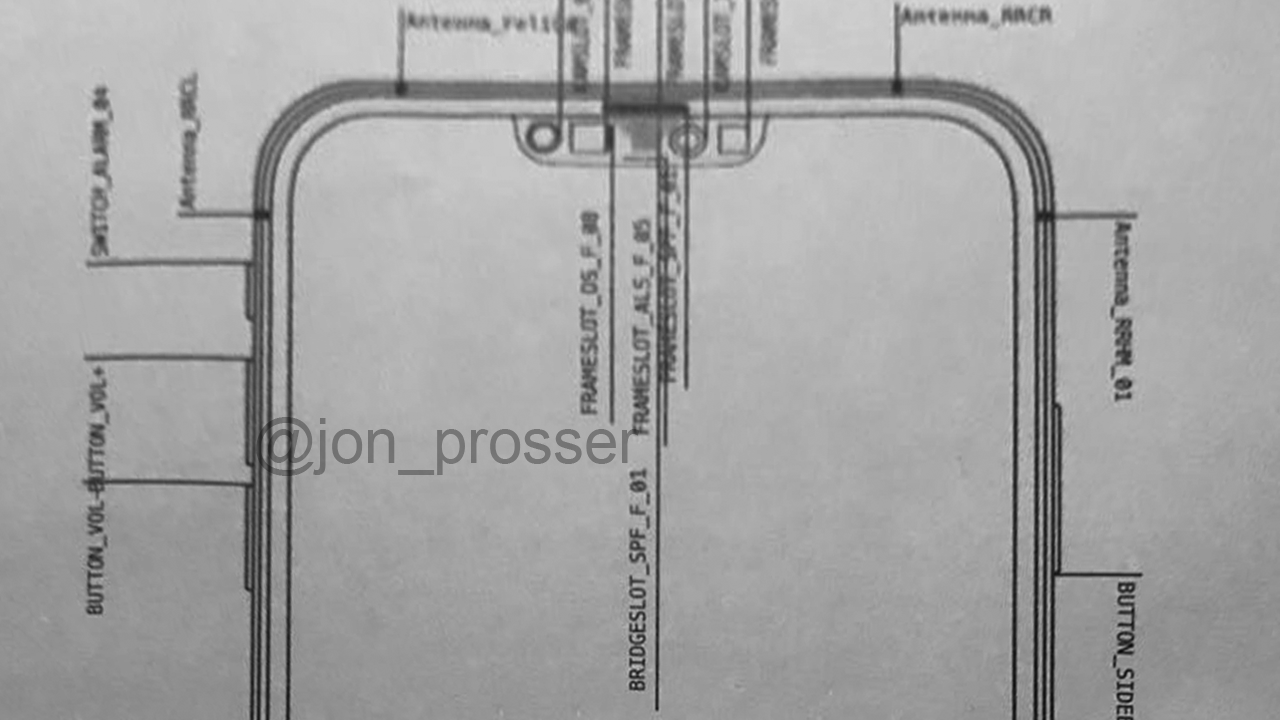 Another leaker showed off similar images earlier this month, which showed an “iPhone 12” with a notch that is approximately ⅓ smaller than the current notch, but the images did not offer up details of the hardware to be housed inside of the notch.

The schematics jibe with information from both noted analyst Ming-Chi Kuo and Bloomberg reporter Mark Gurman that both indicated the iPhone 12’s front notch would be slimmer.