Earlier today, we saw leaked photos that were allegedly a new 20W power adapter for the upcoming iPhone 12 models. Now comes news that it appears at least one country has certified that same charger.

MySmartPrice today spotted a new USB-C power adapter with the same model identifier (A2305) as was shown in one of the leaked photos in an electronics certification database in Norway. The certification was issued on February 28, 2020. 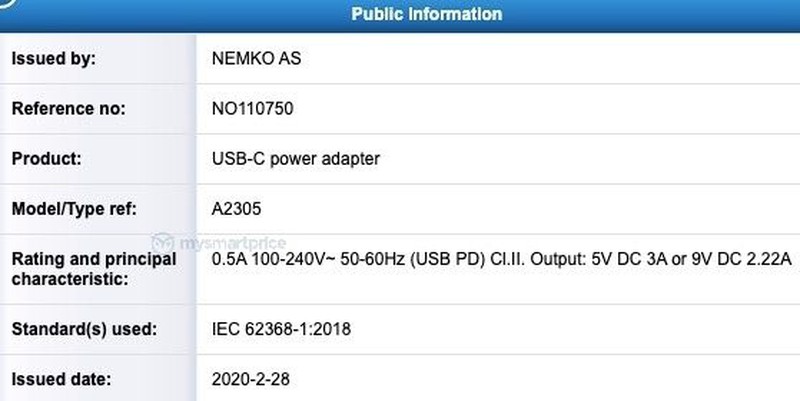 Another power adapter (model identifier of A2247) has also received certification in both Norway and Australia, but no further details are known.

Apple’s current lineup of phones come with lower wattage chargers. iPhone 11 Pro models include an 18-watt USB-C fast charger in the box, while the iPhone 11 comes with a 5-watt adapter, which is the same wattage charger that was included with the original iPhone 13 years ago.