TimeKettle’s newest AI-enabled real-time translating earbuds the M2, which amazed me to learn about at CES 2020, and now I have found to work even better than their WT2 Plus earbuds from last year. The Indiegogo campaign launches today at a super early bird price of $69. For truly wireless Bluetooth 5.0 earbuds with the Qualcomm audio chip, this is a great deal even without the worldwide accessible translation engine. The WT2 Plus earbuds currently are $239.99 direct from TimeKettle.

The M2’s come in white, with a USB-C charging cable, and a magnetic case. Its app for iOS and Android are free, along with the translation service. It can translate between 40 languages, 93 accents, and has access to 12 servers. If you are traveling through China, TimeKettle says there is a translation server located there too. There are several backing options for the M2, so be sure to scroll through the list to pick the correct one for you.

👀 FIRST LOOK – ⏰ TimeKettle’s M2 🎧 Real-Time Language 🗣 Translation with 🎵 Music. Translate 40 languages, 93 accents & 12 ☁️ servers. Sign up here 👉 http://bit.ly/2MyWKKz – 📶 Qualcomm Bluetooth 5.0 – 👥 Sharable Earbuds (Each person hears the translation of what the other is saying) – 📵 Offline Translation that allows you to communicate and converse anywhere, at any time. – 💵 Indiegogo Campaign Launches in June ad

TimeKettle is a company that I discovered while covering the annual CES Unveiled event in 2019, the first look experience for all of CES. They have multiple translation accessories, including the ZERO, a portable mini-translator that attaches to the iPhone or Android via USB-C. They are continuously updating their translation engine that lives behind the scenes, the engineering that goes into their truly wireless earbuds like the M2, and their apps.

Why should you back the TimeKettle M2? At the basic level, these truly wireless Bluetooth 5.0 earbuds provide superior listening playtime. On a full charge, they last for up to 6 hours per earbud and for more than 30 hours with the charging case. The Qualcomm chip features adaptive noise cancellation for use in noisy environments. At the advanced level, these wireless earbuds can translate in real-time with a system that works by opening an app and sharing an earbud. 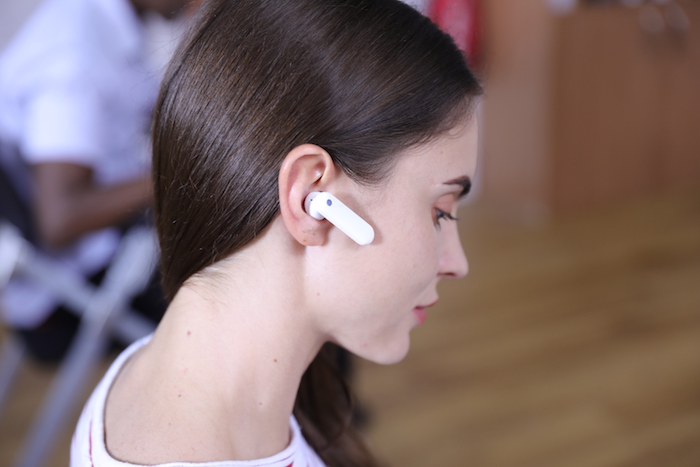 I have used the M2s in a restaurant with 15 others and the translation worked to my satisfaction. TimeKettle says it is 93% accurate, but I know it is more than that as they continually update their translation engine in the cloud.

Their familiar design and operation will help those still not sure about buying wireless earbuds. The M2s automatically turn on once removed from the magnetic case. After they have connected to each other, the earbuds connect to the last known device after a few seconds. I find them connecting to my iPhone as fast as other truly wireless earbuds or headphones do. 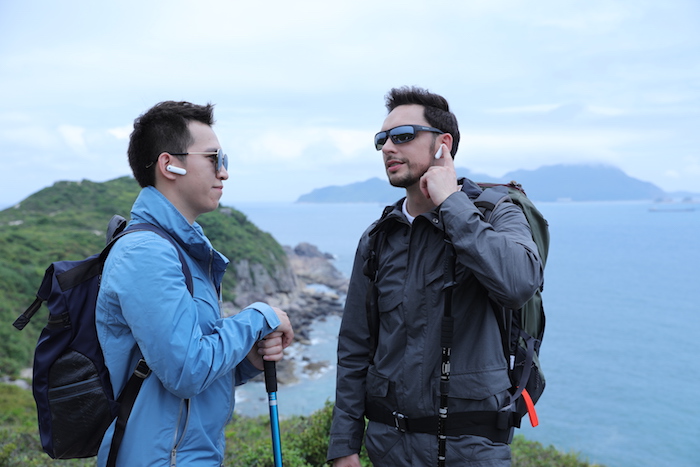 Each earbud comes with a touch-sensitive surface to start and stop audio from playing and for translating when in the app. iOS users can activate Siri quickly by tapping on either earbud three times. And there are multiple modes for translation too.

Translating a conversation or a person speaking to you can be done with the headphones in one of three comprehensive ways. These include lesson mode, touch mode, and speaker mode, which is similar to what the WT2 Plus has. TimeKettle says that the speaker mode will be updated in their apps before the M2 ships to backers.

Lesson mode works by setting the smartphone near the person speaking. Tap on the language that they will be speaking and what you want it translated into. The app begins translating after they begin, shows what it recognizes, and what it is translating that into.

Touch mode works by handing the other person an earbud. Tap on the languages to be translated in the app. Then tap once on either earbud to get started and begin speaking. This works best for a few sentences at a time. The translation is automatically played through the other earbud. All of the translated sentences can be seen in the app in real-time.

Speaker mode works by first assigning the languages for each earbud. Once you are ready, you tap and hold on your earbud. Begin speaking in your language. Once finished, lift your finger off of the earbud. It can handle multiple sentences at one time. The translation will play through the smartphone speaker or through the alternate earbud. This scenario works best if you are approaching another person that you want to speak with before they have a chance to use the second earbud. You may continue utilizing speaker mode without the other person using the earbud as well.

Many people wanted to know where to get a TimeKettle M2 after I posted my Instagram video. The super early bird pricing launches today, so you can get it soon.

There are cheap wireless earbuds and then there are those that can make your life easier. The M2s make your life easier by offering real-time translation from nearly anywhere in the world. Take these on your next trip, learn a new language with a friend, or use them to understand what your international colleagues at work are saying. 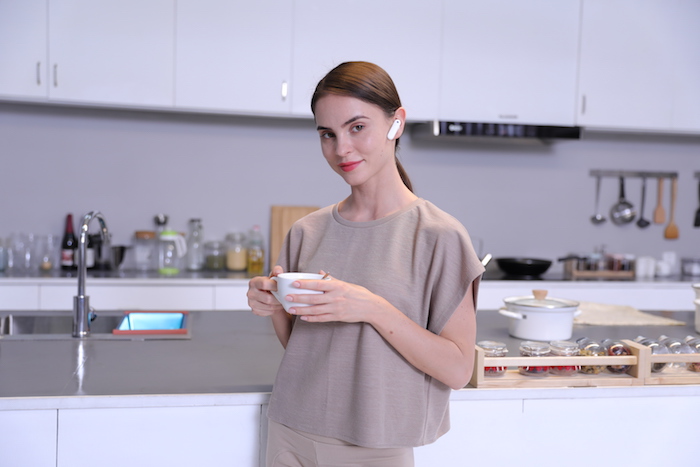 Get the AI-enabled real-time translating TimeKettle M2 truly wireless earbuds for $69. The Indiegogo campaign begins today, so grab a pair at a great price!

Disclosure: I was supplied M2 earbuds for testing and some photos may be courtesy of TimeKettle. All thoughts and opinions are my own.