The Geekbench benchmarks, which appear to be legitimate, were posted on Twitter and shared this morning by Tom’s Hardware. The benchmarked iMac could be a 2020 replacement for the 27-inch Mac. 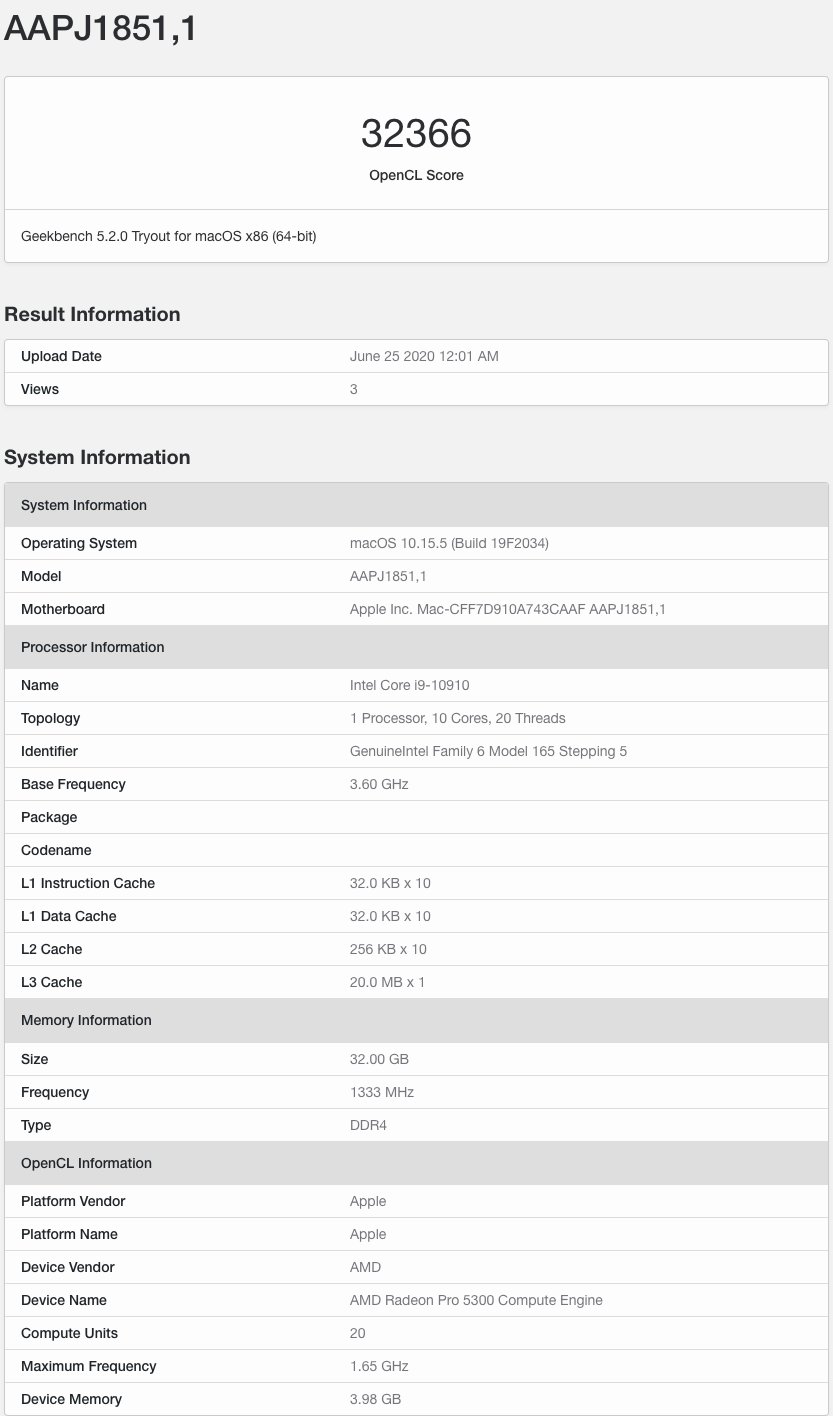 The unreleased ‌iMac’s graphic needs are met by an as of yet unannounced AMD Radeon Pro 5300 graphics card, which could be a desktop version of the Radeon Pro 5300M released last year.

Apple hasn’t announced a new iMac, and although rumors suggested a new iMac would debut at WWDC 2020, nothing appeared.

Apple analyst Ming-Chi Kuo has said he expects to see Apple refresh its existing Intel-based iMac in the third quarter of 2020, which means it should happen sometime during the July – September timeframe. Kuo did not specify whether the new model would feature a new design.