Certifications for a new ‌battery recently filed in China and Denmark indicate a new MacBook Air could be on the way very soon.

A 49.9Wh battery with a capacity of 4380mAh was spotted by a MySmartPrice contributor in certification filings with UL Demko and the China Certification Corporation. Those regulatory bodies must approve and test new hardware from Apple and other companies. 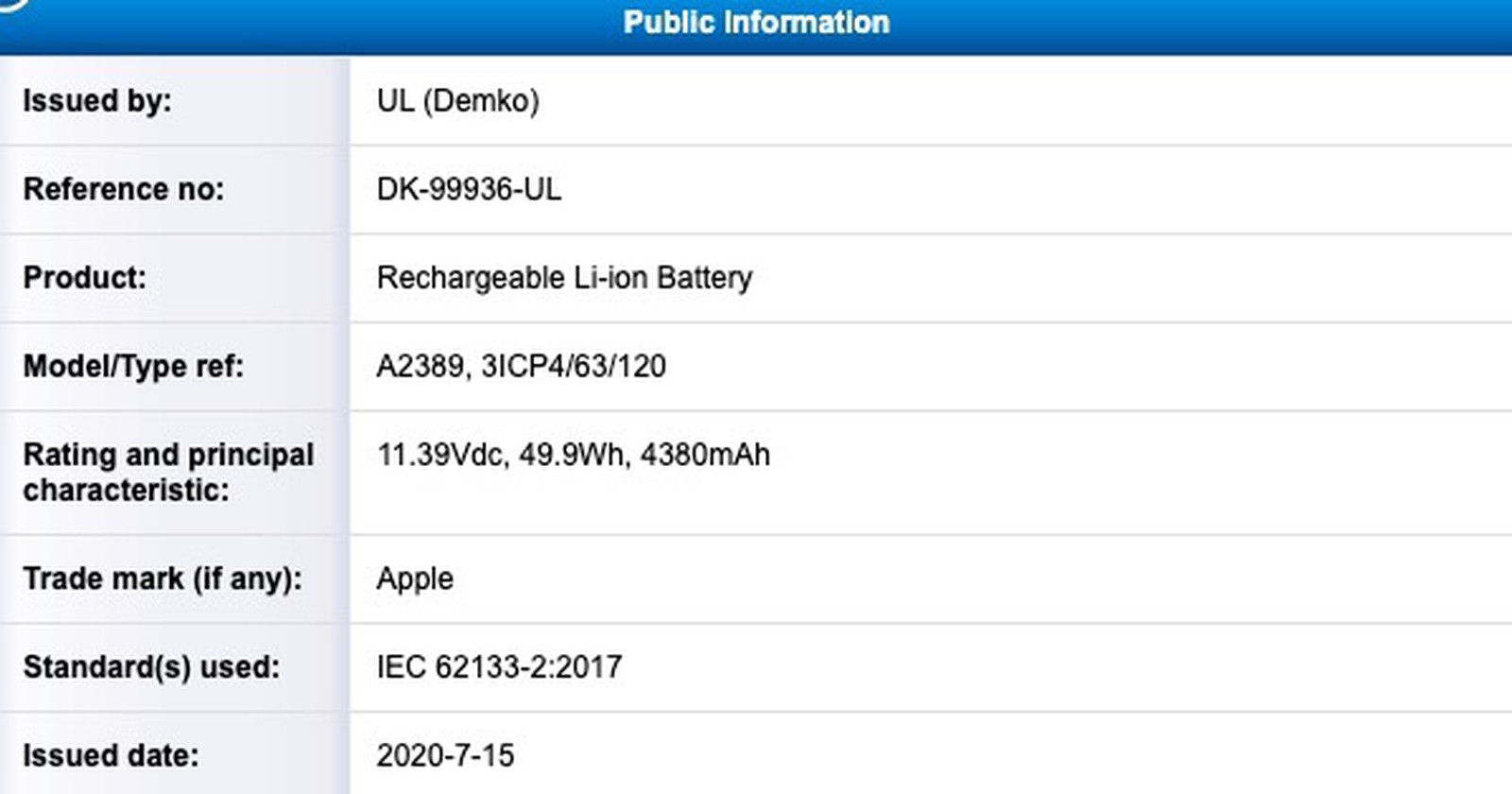 We haven’t heard any word on when a new MacBook Air might hit shelves, and these types of fillings can occur months ahead of a new product release. However, multiple rumors indicate the MacBook Air will be one of the first Macs to be powered by Apple Silicon in place of Intel processors. A new ARM-based Mac is expected to see a release before the end of 2020.

The 49.9Wh battery in the current ‌MacBook Air‌ powers the laptop for up to 11 hours of web browsing, and up to 12 hours when playing video in the Apple TV app.

A new MacBook Air using an Apple Silicon processor and using the new 49.9Wh battery could show some impressive gains in battery life, as Apple Silicon chips are expected to be much more power-efficient than the current Intel chips used in the MacBook Air.